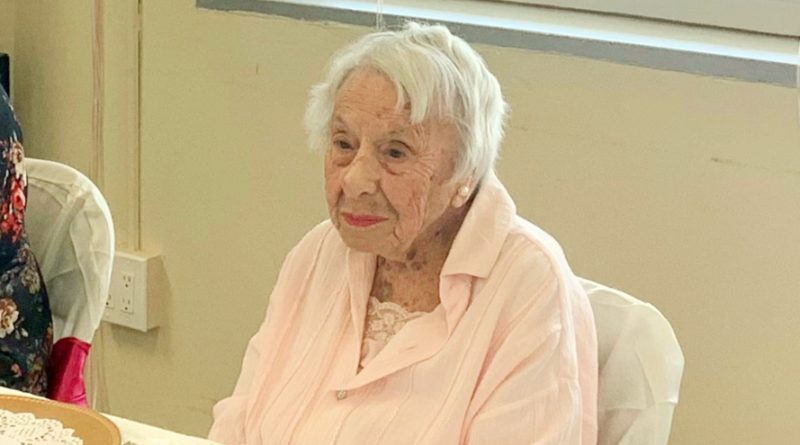 If you’ve ever wanted to know what the secret to living a long life is, we may have the answer for you.

A woman who celebrated her 107th birthday on Wednesday shared her secret to living a long life: stay single.

Louise Signore, who lives in the Bronx in New York, maintains a healthy diet and exercises regularly. But she believes the real reason why she’s enjoyed more than a century is because she never tied the knot.

“If they have exercise, I do the exercise. If they have dancing, I dance. I still a do a little dancing. After my lunch, I will play bingo, so I had a full day,” Signore told CNN affiliate WCBS.

The woman’s sister is 102-years-old, WCBS reported, so longevity might run in the family.

Signore celebrated her milestone with a birthday party at the Bartow Community Center in Coop City, according to WCBS. More than 100 people attended.

Alelia Murphy, 114, currently holds the record for being the oldest living woman in the United States. Murphy lives in Harlem in New York, which is also where Signore was born.

Louise was born in 1912, a year filled with change and innovation. President William Howard Taft was in office and Woodrow Wilson won the November election. Two more states joined the union: New Mexico and Arizona. The Titanic hit an iceberg and sunk in the Atlantic ocean. In Boston, Fenway Park opened with an exhibition game between the Red Sox and Harvard College, and motorized movie cameras revolutionized Hollywood.

Louise was born in Manhattan that year. She’s lived in the Bronx since she was 14. 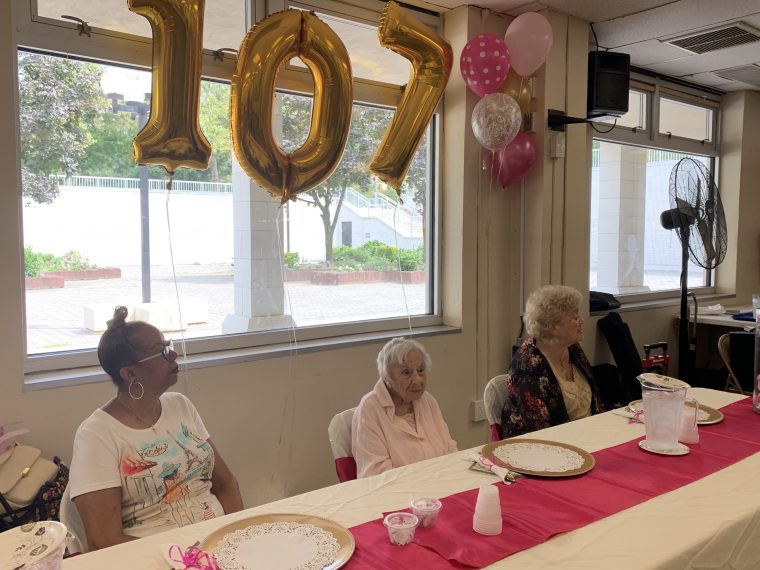 More than 100 people packed the party to celebrate Louise. It’s a party fit for Coop City’s favorite celebrity. But at 107 years old, this lovely lady, pretty in pink, will be the first to ask: Why all the fuss?

Her matter-of-fact humor brings endless joy to friends, some of whom are decades younger than Louise.

“She’s got no walking cane, no wheelchair. She does all her shopping. She’s awesome,” her friend Deborah Whitaker told CBS2’s Jessica Layton.

“I think that her connection with her neighbors in the community and also her friends here at the senior center help to keep her going,” said Aisha Parillon, JASA’s senior director of senior services.

Born in Harlem in 1912 and always proud of her Italian heritage, Louise moved to the Bronx as a young girl, happily calling the borough home ever since. In her golden years, she’s danced almost daily, and can play bocce with the best of them. She still lives alone, and reveals that’s been a key to less stress.