Imagine the most fantastical, elaborate, intricate bookstore in the world. Now, imagine that it actually exists- because it does.

Buenos Aires is home to, what I consider, to be the most magical bookstore in the world. You have to step through the front doors though, because on the outside it just looks like a regular shoppe. 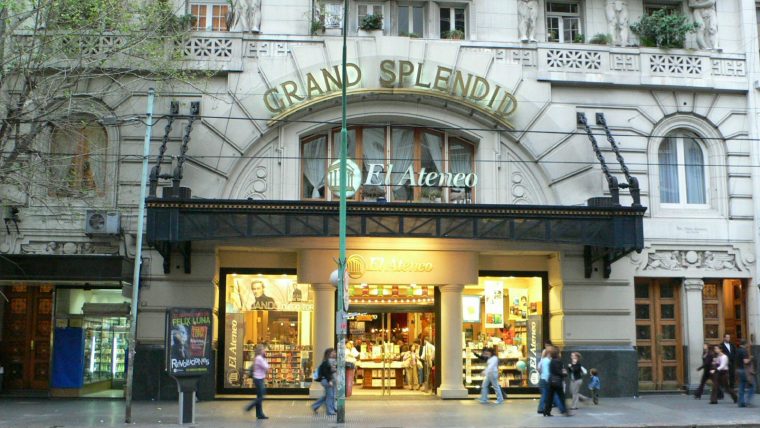 In the midst of this busy Argentinian city, you will find an old theater that’s been transformed into a bookstore. The building itself was built back in 1919, and its original purpose was to host ballets, operas, movies, and much more.

The place served its purpose as a stylish movie theatre for about seven decades. Back in 2000, it made its transformation into what it is now: a book lover’s haven. This project was the brainchild of an architect and a publishing company.

The building in eclectic style has frescoes on the ceiling, painted by the Italian artist Nazareno Orlandi and caryatids carved by Troiano Troiani, whose work can also be seen at the Palacio de la Legislature of the City of Buenos Aires. 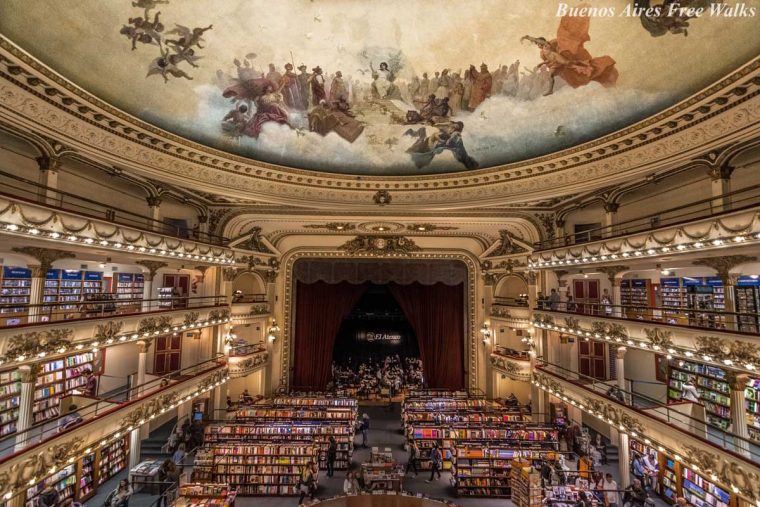 The feel of the old-time theater remains, due in no small part to box seats and dim lighting. However, those box seats have now been transformed into reading nooks. Many people choose to sit down and immerse themselves in a good book while being surrounded by history and culture from a century ago.

In 2008, The Guardian ranked it as the second most beautiful bookstore in the world.

The location now goes by the name of El Ateneo Grand Splendid. And splendid it is. It is a truly magical place a visit. Several reviews on Trip Advisor back this up.

One traveler commented, “The old theatre is for many years such an impressive bookstore that many visitors come to see the set up.”

And if your Portuguese is not too great, don’t worry: as one visitor pointed out, the book store offers an entire section of books in English for those traveling from outside the country.

Visitors can also grab lunch while they are visiting the book store. The stage is now a cafe, offering you something to drink or snack on while you’re enjoying a book.

Now, if this place isn’t a bookworm’s dream, what is? Think about it: you are sitting on the stage of a historic theater, sipping coffee while there are literally books, gilded gold leaf, and classical art in every direction you look.

According to Frommer’s Travel Guides, the best time to visit Buenos Aires is between March and May and then again later in the year from September to November.

Would you love to visit this place? Check out the video below to see the bookstore in all it’s classic beauty: