Do you consider yourself a happy person? How can you decide? What are your criteria? We were Googling the answers to these questions and found that a man called Matthieu Ricard is the happiest man in the world.

WHO IS MATTHIEU RICARD?

Matthieu Ricard is a 71-year-old Tibetan Buddhist monk. He lives in Nepal but was born in France. Matthieu was a French intellectual holding a Ph.D. degree in molecular genetics but decided to become a Buddist and humanitarian. He participated in a brain study on meditation and compassion which lasted for 12 years. It was led by a neuroscientist, Richard Davidson, from the University of Wisconsin. 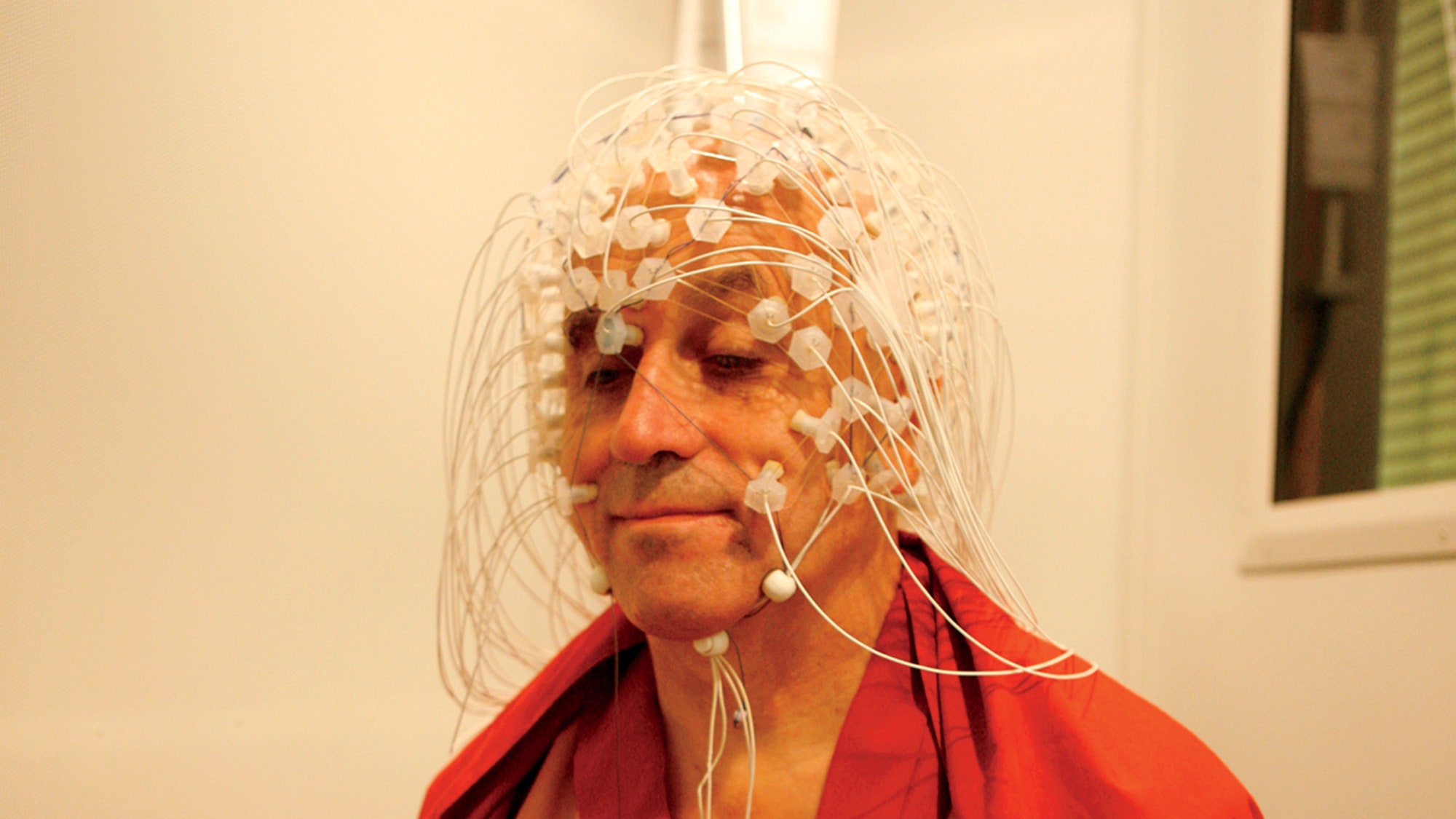 Matthieu’s head was hooked up to 256 sensors and Davidson found that when Matthieu was meditating on compassion his mind became light. His brain was producing a level of gamma waves (related to the consciousness, attention, learning and memory) which had never been reported in the neuroscience literature before. The scans also presented a huge activity in the left prefrontal cortex of his brain, in comparison to its right counterpart. This gave him a huge capacity for happiness (which was actually an abnormal activity) and a reduced predisposition for negativity.

Ricard generally considers himself a happy person and he sometimes meditates for a whole day (even days) without getting bored. Here are his pieces of advice towards a happy life:

YOU SHOULD STOP PUTTING YOURSELF AT THE CENTER OF THE UNIVERSE

Love towards people (or altruism) is the key! He actually suggests that thinking mostly about yourself and how to make things better for yourself is stressful and exhausting. He also points out that this kind of practice ultimately leads to unhappiness. As simple as that!

Matthieu says: “It’s not the moral ground. It’s simply that me, me, me all day long is very stuffy. And it’s quite miserable because you instrumentalize the whole world as a threat, or as a potential sort of interest to yourself. If you want to be happy, you should strive to be benevolent, which will not only make you feel better but also make others like you more. That’s not to say you should let other people take advantage of you but you should generally strive to be kind within reason. If your mind is filled with benevolence, you know, the passion and solidarity … this is a very healthy state of mind that is conducive to flourishing. So you, yourself, are in a much better mental state. Your body will be healthier, so it has been shown. And also, people will perceive it as something nice.”

Could you agree with this man?

According to Ricard, everyone can have a lighter mind. He thinks that there is a potential for goodness in every human being on the Earth. At least in every normal human being, we are not talking here about those people who become serial killers or something equally awful. That is a question of disturbed psychology or even psychopathology in their heads, so we are not to be discussing them.

Why like a marathon runner? Well, a marathon runner has to train before he can run a required number of kilometers/miles. Similarly, people who have the intention of becoming happier, have to train their minds first. Ricard has chosen meditation as a training! Could you follow him?

YOU SHOULD SPEND 15 MINUTES A DAY HAVING HAPPY THOUGHTS

Usually, we feel love and happiness, and then forget about love and happiness and move on to the next thought. Instead of this practice, we should concentrate on not letting our mind get distracted. We should focus on the positive emotions for 15 continuous minutes a day. And if we practice this every day, for only two weeks, we should feel positive mental results. And if we do this for more than 50 years like Ricard has, then we could also become one of the happiest people in the world.

We really shouldn’t question this practice since it has a background in neuroscience. The-earlier-mentioned scientist Davidson found in his study that even a meditation which lasts only 20 minutes a day can make people much happier.