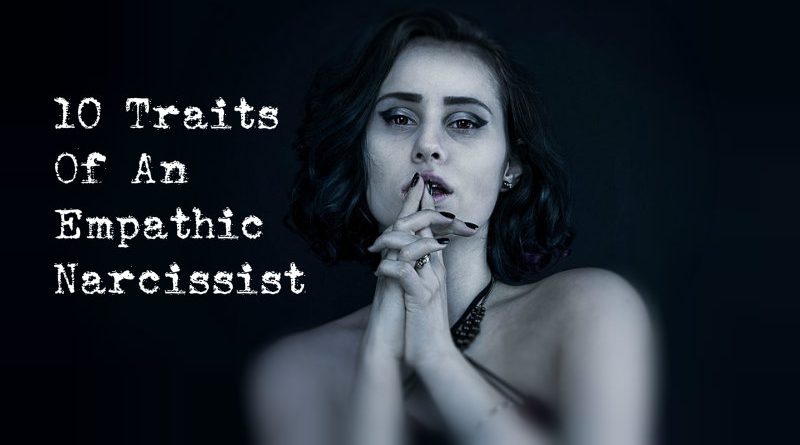 How can someone be both an empath AND a narcissist?

Empaths by definition are supposed to be so finely “tuned in” to others and their feelings and thoughts that they can literally experience firsthand (or secondhand) what it’s like to be another person. Narcissists on the other hand seem to only care about themselves and their own needs and interests, appearing to be devoid of concern for others.

But here’s the thing: being an empath doesn’t necessarily mean that you actively feel empathy towards others. And being a narcissist doesn’t mean that you don’t have the capacity to feel what others feel on a mental and psychological level.

When most of us think of narcissists we tend to picture obnoxious, extroverted and self-obsessed people, on par with many Hollywood celebrities. But did you know that there are actually two types of narcissism: the overt and covert? Overt narcissists are typically thick-skinned and openly conceited. Covert narcissists, on the other hand, are generally shy, sensitive and introverted. However, both share similar traits of a lack of concern for others, obsessive self-interest, blaming and criticizing, dishonesty and manipulation.

The greatest danger of identifying as a straight-out empath is that it can blind us to our darker underlying traits. Unfortunately we tend to assume that just because we’re sensitive and can “feel” what other people feel, we automatically become empathetic people who can truly understand and feel compassion/concern towards others.

This is absolutely not the case at all. And in fact, I believe empathic narcissism is more pervasive than we think.

Empathic narcissists tend to believe that they are a victim of everyone’s feelings and thoughts because they feel them so strongly, yet have little genuine tenderness, understanding or compassion towards others.

Below I’ll narrow down some of the most common symptoms narcissistic empaths experience:

1- The tendency to seesaw between acting superior to others and feeling hurt.

2- Feeling more special and fundamentally different from others.

3- Intensely upset and offended by any sign of perceived (or real) criticism.

4- Inability to take responsibility for one’s actions and feelings resulting in constant blame.

5- Frequently becoming completely consumed in one’s own personal affairs to the point of forgetting about others.

6- Self-martyrdom as a way of manipulating and controlling others.

7- Feeling that no one can understand one’s “unique” problems.

8- Always feeling victimized by the world/life/other people (e.g. others “attacking” you with their energy).

9- Perceiving others in extremes (e.g. demonizing a person, or thinking they’re an angel).

10- Inability to understand, or blatant lack of interest/regard for the alternative beliefs, upbringings, social conditioning and mindsets of others and the way this impacts their behavior.

Not all narcissists are the same, so there is no black and white here. While some seem to be biologically programmed (born that way), others develop narcissism due to environmental and social conditioning factors.