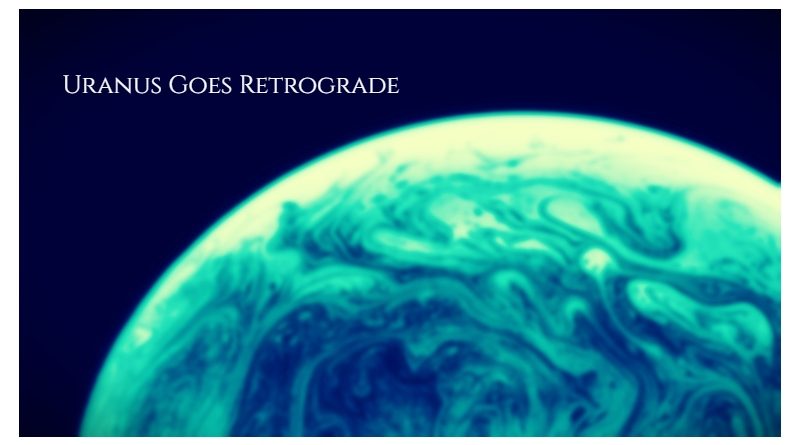 Uranus begins its retrograde movement today, and lasts for five months, until January 10, 2020.

In astrology, Uranus is associated with change, community, and revolution. The planet influences how we approach personal development and planning for our future. When it goes retrograde, it can shake things up on a global level — and on a personal level, it can make us reassess our values, our independence, and our truths. Think of it as an inner revolution.

Uranus represents liberation, innovation, collective memory, change, revolution, unfettered spirit, mental brilliance, progression, eccentricity, and unconventionality. The planet itself has an unusual orbit, rolling on its side in space. It takes about 84 years to orbit the sun, spending approximately seven years in each astrological sign. Uranus also represents trauma, especially collective memories of trauma held in the individual. This combination of personal and collective trauma and associated memories make Uranus activity prone to releasing anxiety and other psychological distress. 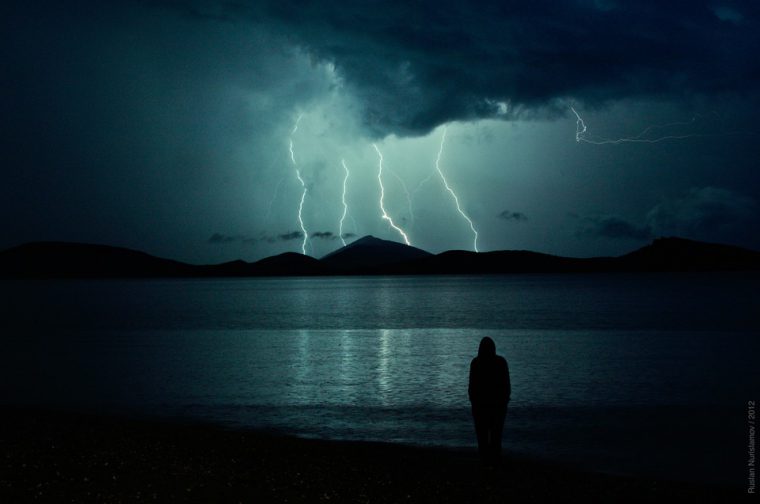 Linked with electricity and the nervous system, Uranus placements and aspects (in the natal chart, transits and progressions) often reflect areas of life and of the psyche where sudden change, disruption, rebellion and stress manifest; some of the signatures of trauma. On the flipside, Uranus signatures also represent potential for genius, mind-blowing creativity, and positively activated freedom to express ourselves authentically.

The common theme with Uranus is: expect the unexpected! Uranian energy comes like a strike of lightning. It knocks us upside down until we are able to see from a new perspective. It literally shocks us into awareness…or into disassociation, depending on our state, circumstances, and choices. Sometimes disassociation is an act of self-preservation that temporarily saves our sanity. When we are not ready to have an experience, separating ourselves from it can be a life-saver, allowing us to function without breaking down or completely shutting down. At some point, these fractured memories will need to be integrated.

Uranus retrograde is a prime time for internal change. This internal change is often prompted by external changes in our lives. During retrogrades, we have the opportunity to revisit, reclaim, revision, and reconnect with the energy represented by the planet. With Uranus, we can tap into our own sense of freedom and individuality. Uranus wants to unlock any cages around us so we can fly with our own wings, in our own direction, and in our own time. It wants us to fully be who and what we are without restriction. 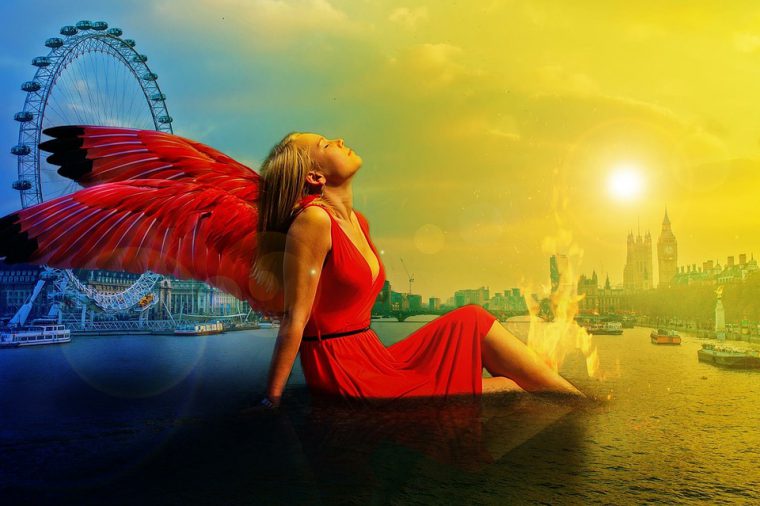 During these next five months, we may shock ourselves by discovering more of what we’re really made of and how we react to life.

As we continue to “wake up” to our own energy and how we want to use it, this Uranus retrograde period will likely throw us curve balls and challenge our independence and freedom to express our original thoughts, intuitions, and visions for the future. Uranian energy, on its own, is not weighed down by expectations or trapped in cloaks of convention. It is not encumbered by form. It is the best example we have of truly free thinking. It has nothing to prove to anyone else. It is not concerned with ownership or preserving its reputation. Uranus as an archetype is unbound.

The Fool card in the Tarot is associated with Uranus.

Many images of this card show a person with a look of naivete, carrying a small satchel, about to step off of a cliff. This is a card of new beginnings where trust is required; trust in yourself. The small bag carried by the fool contains all that she needs from the past. She is not leaving everything behind, but she has let go of enough to return to a place of innocence and natural wonder.

And just like Uranus retrograde will have us re-evaluating our financial plans, we’ll also be reassessing our relationships. “Breakups and shake ups will make us pause and decide if we want to continue the relationship or not,” Stardust says. If your current partner or close friend doesn’t spark joy, it may be time to move on.