IN A WORLD THAT HAS LOST TOUCH WITH ITS SOUL, THE INDIGO CHILD IS HERE AS A LIGHT-BEARER, PATH FORGER, AND PARADIGM SHIFTER.

Although the concept of indigo children originated in the 1970’s, there have been groups of individuals all through the ages whose mission and purpose have been to awaken humanity.

If you’re an old soul who feels a strong and profound urge to create change in society, you are likely an indigo child.

WHAT IS AN INDIGO CHILD?

Also referred to as a crystal or star child, an indigo child is a person who has come into this world destined to create change and spiritually awaken humanity. Indigo children are considered to be freethinkers with profound insight into the human condition and an ability to see the truth clearly. As spiritually gifted old souls, indigo children find it hard to fit into mainstream society and often become misunderstood, rejected, or misdiagnosed and medicated. The indigo child is also thought to possess strong intuition and varying spiritual gifts such as the ability to communicate with spirit guides or see visions.

The primary role of the indigo child seems to revolve around exposing truth and deception. From a young age, indigo children are able to see through the illusions, half-truths, and falsehood rife in society. To their parents and teachers, they may seem like overly inquisitive, headstrong, and even obnoxious children. As precocious truth tellers, child and adult indigos can’t help but see through the bullshit facades of other people and expose them. This desire to bring the truth to light seems to be written into the indigo child’s DNA.

Enlightened teacher Jiddu Krishnamurti sums up the indigo child’s philosophy when he writes,

It is no measure of health to be well adjusted to a profoundly sick society.

Many people criticize the indigo child concept as being one that can be misused by parents seeking to make their children look special, particularly if they have special needs. Others claim that signs of being an indigo child are so vague they can apply to anyone (this is called the Forer effect).

While it is true that the indigo child label can be misused, just as any label can, the true signs of an indigo child are so specific that they cannot be widely applied to every person. As I just mentioned above, indigo children are obsessed with finding the truth – this cannot be said of every person or every child. Every rule, belief, structure, and institution will be questioned and ruthlessly challenged by the indigo child – this trait is truly unusual and extraordinary.

It is also common for people to criticize the indigo child label as being delusional. While all labels and concepts used to describe the ego are illusory constructs of the mind, finding a sense of affinity with the indigo child label is extremely beneficial. Identifying with this label helps us to develop self-understanding and acceptance, which are important elements of spiritual growth.

INDIGO CHILDREN WHO ARE MISDIAGNOSED

It is common for the indigo child to be misdiagnosed with behavioral issues such as ADD, ADHD, and other mood disorders. Because of their headstrong and freethinking nature, such children are often feared, misunderstood, and therefore medicated at young ages. Unfortunately, medications such as Ritalin and Adderall often end up numbing the indigo child and causing them to lose contact with their intuitive capacities and truth-seeking nature. 17 SIGNS OF AN INDIGO CHILD

Are you an indigo child? Perhaps your children are indigos? Below I have included a list of seventeen authentic signs.

I have omitted typical signs often mentioned on other websites like “sense of entitlement” and “feeling special and like you should be revered” because these, to me, represent narcissism or unhealthy parenting styles more than genuine indigo child signs.

If you possess more than half of these traits, you’re likely an indigo child:

1. YOU ARE STRONG WILLED

You are a passionate person who will do anything it takes to accomplish your goals or dreams. Even if other people criticize or don’t support you, you still keep going no matter what.

You feel as though you’ve lived many lifetimes, and possess a wisdom that others your age don’t yet have. As a child, you may have behaved like an old man or woman, and as an adult, you have a deeply spiritual and philosophical outlook on life.

No idea or belief is too holy for you to dissect or reject. You prefer to think for yourself rather than blindly following the crowd. As an indigo child, questioning is everything to you.

As a child or teenager, you may have been thought of as “naughty,” “obnoxious,” disobedient, and contrarian. As an adult, you still cannot stand being boxed in or controlled by others. As a headstrong nonconformist, you prefer to find your own truth and forge your own path.

Truth, to you, is of primary importance. You are always seeking to distinguish truth and reality from lies and deception. When you are around others, you can immediately tell when someone is lying or hiding something. Although the truth hurts, you honor it above all else. You would prefer to suffer from the truth than be happy believing lies.

You can see and understand things about humanity and life that most other people don’t perceive. Your keen perception allows you to discover the truth about the human condition, and how to ultimately help.

7. YOU ARE HIGHLY INTUITIVE

Your keen perception also makes you highly intuitive. You can often intuit the best course of action as well as know things about others that are secret or hidden.

8. YOU WANT TO CHANGE THE WORLD 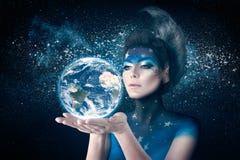 Deep in your heart, you feel a driving force to create positive change on this planet. As an indigo child, you know that your destiny is to be a paradigm changer/destroyer. This strong sense of purpose forms the axis of your decisions. Whatever is not aligned with your inner sense of purpose quickly dissolves in favor of soul-based decisions.

You care so much about this planet and other people that it often hurts. Every time you see or hear of violence, destruction, and cruelty, you feel sorrow and anger. Your high level of empathy and compassion means that you often struggle with anxiety or depression.

Since you were little, you’ve always gravitated towards leadership. You may find it hard to work in teams or for other people and function better when you’re in charge or working for yourself. You find it difficult to obey authority, particularly when that authority is corrupt, illogical or outdated. You want to offer better, wiser, and healthier ways to live life, making you destined to be a spiritual elder.

You have high expectations for yourself and other people. While idealism can be a positive trait, it can also carry disadvantages such as being overly critical or demanding. Nonetheless, your idealism is what helps you to strive for the highest and do the absolute best you can for the planet.

12. YOU HAVE A LONER/AUTONOMOUS PERSONALITY

As a free spirit, you don’t like to be held down by anyone or anything. You find it difficult to be around too many people at once, and often prefer to spend time in your own company. As a lover of autonomy, you enjoy solitude and the insight it can bring. Your nonconformist brain loves to express itself through art and creativity. Whether it be drawing, dancing, singing, building, painting, writing or crafting, you love creative self-expression.

14. YOU HAVE A STRONG CONNECTION WITH NATURE AND ANIMALS

As an empathic and compassionate person, you gravitate towards the natural world. You feel most at home when you’re near the ocean or surrounded by trees and animals. Nature is so pure and grounding that you find it a welcome break from the pretension of humanity.

15. YOU’RE DRAWN TOWARDS SPIRITUALITY OVER RELIGION

To you, spirituality is falling in love with the message, and religion is loving the messenger. As an indigo child, you are drawn towards truth in its purest form – not diluted by dogma or fundamentalist teachings.

16. YOU STRUGGLE WITH BOREDOM

Because of your sharp and inquisitive mind, you tend to struggle with routine and conventional structures. As a result of your tendency to get bored easily, you may have been misdiagnosed with ADD or ADHD as a child.

17. YOU ARE PRONE TO EXPERIENCING EXISTENTIAL ANGST

Existential anxiety and depression go far beyond usual anxiety and depression, and this is because it is more concerned with life itself than the self. As an indigo child, you tend to ask questions such as “Why do we suffer?” “What is the meaning of life?” “Why is there injustice?” “Why was I born?” Such deep philosophical questions cause you to lose interest in the meaningless pursuits carried out by the majority of humanity.