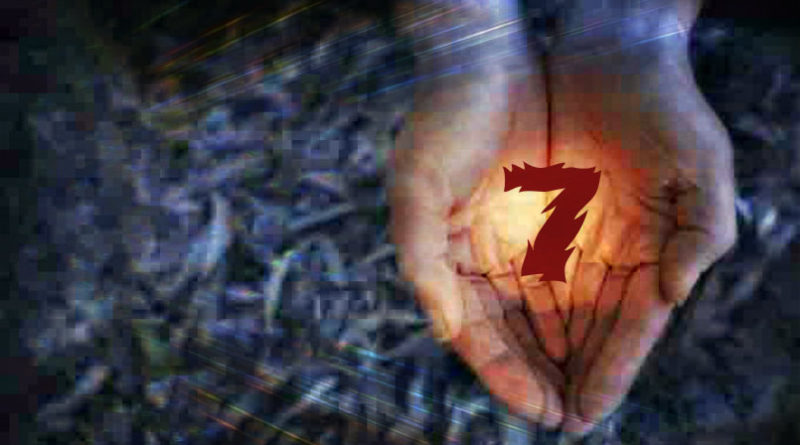 We have it in the so-called “Seal of Solomon”, which has strong association with Hebrew mysticism, and is depicted as the upward-pointing triangle that meets the downward-pointing triangle and they beautifully merge. The Seal symbolizes the sacred number seven by the six points and the invisible seventh element of transformation.

As we said, ‘seven’ is everywhere and it has played an important role in many cultures. The sum of divinity (‘three’) and humankind (‘four’) fives ‘seven’ and expresses the relationship between God and the world: we have seven days of creation, seven heavens and seven deadly sins. 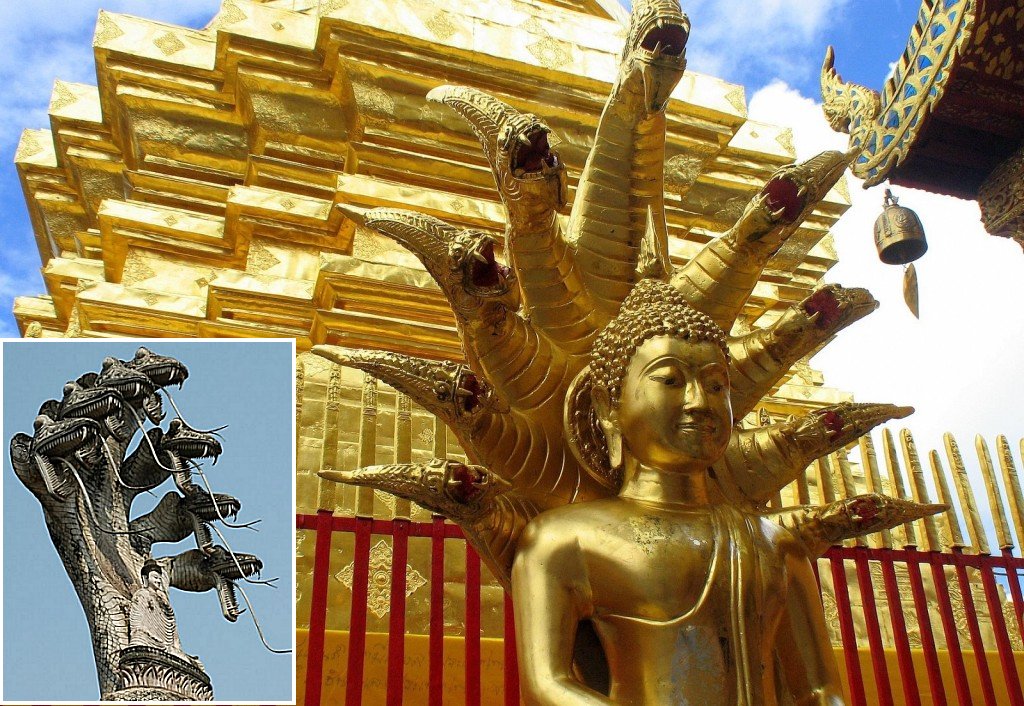 Serpent with seven heads has strong associations with the Seven Deadly Sins, which on the other hand,  are balanced by seven Christian virtues we know as prudence,  temperance, justice, courage, faith, hope, and charity.

‘Seven’ is indeed, the mystical number of the universe as as such represents positive creative force.

“Then another sign appeared in heaven: and behold, a great red dragon having seven heads and ten horns, and on his heads were seven diadems.”

In Hindu tradition, Shesha – depicted with seven heads – is the great king of all serpent deities – Nagas and one of the primal beings of creation.

In Sanskrit texts, “Shesha” indicates the “remainder”, which remains when all else ceases to exist. One of the principal deities of Hinduism, Vishnu, is often depicted, resting on Shesha.

The number seven had a mystical significance to Babylonians, who identified the seven days in a week, and so did the Sumerians.

Geometry was considered one of the seven noble or liberal arts and sciences, the others being Grammar, Rhetoric, Logic, Arithmetic, Music and Astronomy. There are seven colors in the rainbow and the Seven Archangels, who are the angelic counterparts of the Seven Princes of Hell. The Seven Archangels are said to be the guardian angels of nations and countries. 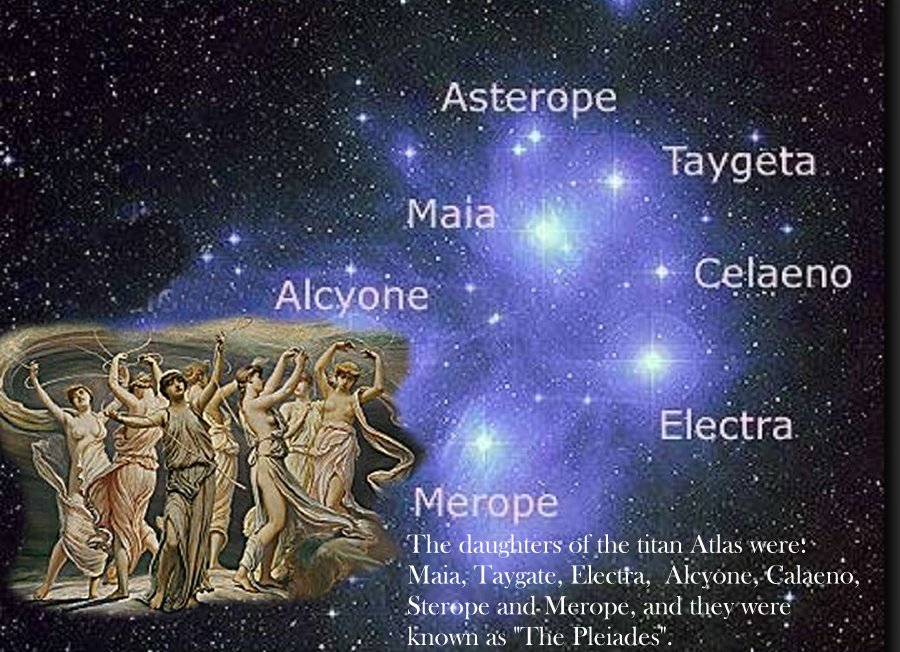 In the collection of writings known as the “Apocrypha” or “Deuterocanonical Books”, there are the First and Second Esdras, written probably around the second century AD and associated with Ezra, the high priest of Israel at the return of the Jews to Jerusalem. Second Esdras includes the Jewish apocalypse of Ezra as well as seven visions regarding his concerns about the Jewish people.

For the ancient Egyptians, 7 was the number of eternal life, and from the very beginning, the number ‘seven’ was believed to be manifestation of completeness and perfection.

According to Greek mythology, the seven sisters were the daughters of the titan Atlas.Their names were: Maia, Taygate, Electra,  Alcyone, Calaeno, Sterope and Merope, and they were known as “The Pleiades”.

This article is the work of Message To Eagle. Check out more of their fascinating articles HERE!