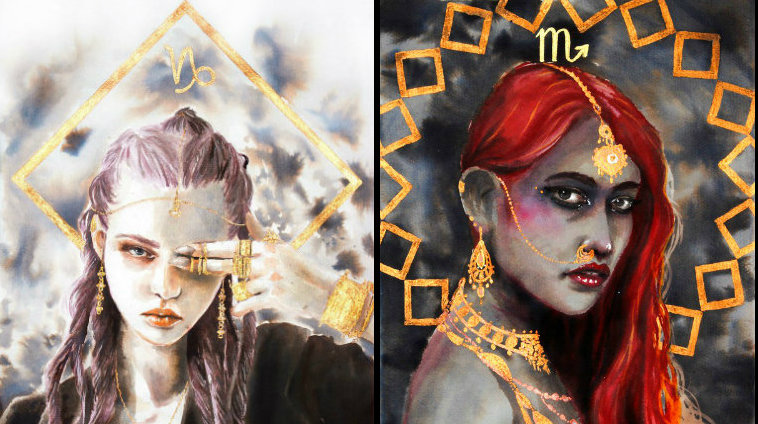 Each zodiac sign has its own, unique way of getting mad. Where an Arian could smash things, a Taurean could take his time to hold on to his anger only to explode like a volcano a few days later. Each sign is distinct in its madness – check it out!

When it comes to anger, Arians are quite feisty. Since they are a fire sign, they will try to burn you down with their taunts and actually, if you look at it objectively, have killer retorts. They get back at you in a jiffy without gauging whose mistake it was. However, they cool down just as quickly as they fire up. They’re the perfect example of forgive and forget.

Taureans can’t stand disloyalty, inequality or betrayal. In such situations, they stop talking to you and freeze. A little while later, a volcano of anger erupts destroying everything and anything in the sight. Taureans have a major problem forgiving someone. They don’t give a spoilt relationship another chance to heal. They pretend everything is alright, but in fact, nothing will ever be the same again.

Since Geminis love to ‘talk’, a war of words is their way of getting back at you. Geminis don’t care if they are making a scene, they’ll scream or scowl no matter who’s looking at them. And when they talk, believe me, you will not get a change to voice your opinion, humble or otherwise.

Cancerians wail in pain when they get angry. They will hurt themselves for someone else’s mistakes by being in a constant state of sadness and melancholy. Their pent-up anger will also lead to them crying their hearts out, making the other person feel extremely guilty about their deed. Crying is not their weakness though – it’s only their way to express their dislike, because they feel arguing is a waste of time.

You don’t want to mess with the lions, because they will pounce on you and have you torn to shreds if you piss them off. Leos ‘roar’ in rage when they get into fights. Offensive language and hurtful words will easily knock you down, causing the relationship to end there and then. Apologising is out of the question and forgiveness is impossible to come by.

Virgos are renowned door slammers. They lock themselves up, get into isolation and come back as changed people. Changed people who don’t give two hoots about the person who has caused them agony. They are great masters at suppressing anger and ignoring you till you start questioning your existence in their life.

Librans don’t want themselves to be associated with anger. They try to avoid the situation but if it goes out of hand, a Libran will shock the person with uncontrolled rage. They get so miffed that they might even get physical while trying to win the situation.

Remember, if you’re messing with a Scorpion, you’re in for a fatal sting. Don’t cross their line, don’t call them or try to confront them, else you’ll witness the ugliest side of anger you’ve ever seen. For Scorpions, anger is about revenge. They’ll spend precious time hatching a perfect plan to bring you down and show you the true meaning of tit-for-tat.

Run. Run if you’ve pissed off a Saggi because you’re going to regret it and regret it bad! Sagittarians, in anger, are like those sarcastic housewives who throw utensils at their husbands when they forget their anniversaries. Their replies are laden with sarcasm, are filled with hate and disgust. They will unfriend you from their life and will never try to get back again.

For Capris, anger means criticising everyone. If it’s your fault, a Capri will not just criticise you, but will criticise your friends, family and your damn upbringing. They’ll tell you that you’ve disappointed them, and will walk away quietly only to realise the next day that they are suffering from fever due to their rage skyrocketing.

Aquarians are chillers as people. They don’t get mad easily. But when they do, they hold a grudge so hard, that it makes life difficult for them and the offender. Their idea of revolting is ignoring you and never seeing you again. It will take a lot of time to get back on talking terms.

Pisceans can turn violent during a meltdown. They get self-destructive and defend their stand until they emerge the sole winner of the fight. After a fight, they would take refuge in alcohol or a cigarette, and if that doesn’t pacify them, a good cry works as well.

Via IndiaTimes | Featured Image via Kiwipok