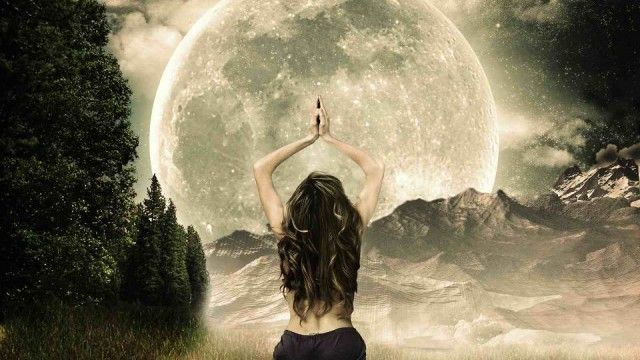 These theories  of what happens during the full moon have not been invented recently, but have their roots in our history and ancestors.

Here are 4 few myths and how they have been proven wrong:

From our folklore, we have slowly come to believe that the full moon would definitely evoke the hidden powers of some werewolf somewhere, or more commonly, make us behave weird. But this is just a myth. There have been research projects to record human behaviors, particularly in organizations where mentally unstable people are present, and these research projects have recorded that more than 90% of their behavior cannot be linked to the lunar cycle.

2- Getting your menstrual cycle on a full moon –

Well that is just you being romantic. A few studies in the past did give statistics that supported the story a full moon effecting a person’s sleep but further studies have proved it wrong and we can now say for sure that a full moon has no effect on one’s sleep. It was understood that the reason our ancestors had problem with sleeping on a night with a full moon was because their body worked on natural day and night’s light and the light on a full moon’s night would interfere with their sleep, also causing seizures and odd behaviors in people who were already patients of mental stress.

Although there have been many records published over time, in different parts of the world, supporting the claim that “during a full moon, the moon’s gravitational force works on a female’s body that is 80% made up of water and so there are more births” but science has found this to be just a myth. More than cases of being related, cases of being non-related are higher.

Now, despite all of this, I firmly believe the moon holds some sort of power over us. Not only have a I seen the weirdness that occurs during a full moon, but I can personally feel the difference in energies. That being said, I think there is more to it than this.

by MUNMUN BHATTACHARJEE for Women’s Era