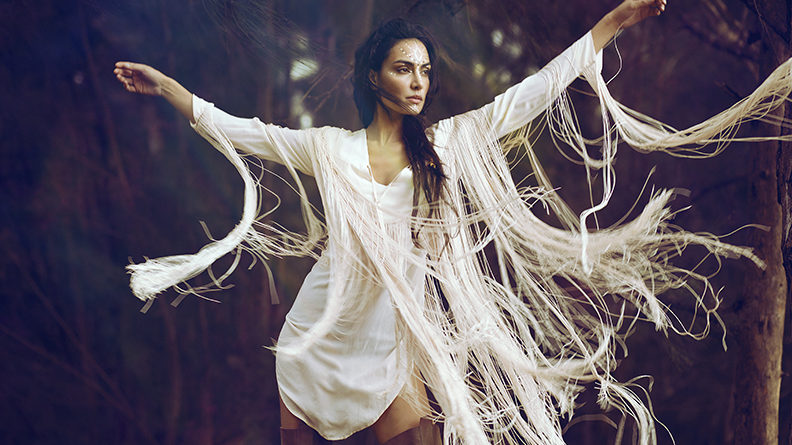 It’s always been my opinion that women are silent far more often than they should be which is why I’m so dedicated to feminine truth and expression.

We have been brainwashed by previous belief systems that embodying the feminine means that we need to have a peaceful, fluffy, always positive attitude towards everything.

There has been an expectation that the feminine is just supposed to swallow and hide our anger, rage and fierce expression of any emotions, and that we need to deal with them quietly and constructively to not be offensive, off putting or unseemly.

I wrote a post on Facebook recently that contained many uses of the F word, which if you’re close to me you know I use fairly normally in my regularly scheduled programming. I realize it may not be for everyone but I find it fits in a myriad of situations and can be an almost mantra at times when nothing else will do.

But putting it out there in print was a big step for me as I normally don’t post like this or in such a fiery, direct way and to do so was not only honoring exactly what was present for me right then but was taking another step on my own personal unfolding path of ending the cycle of swallowing my voice and remaining silent.

I was expecting comments on my choice of language and fierce expression but I decided where I am right now needed to be honored and spoken as it was and that included a liberal peppering of F bombs.

What I had not been expecting was the majority of the negative backlash I received was from some of the men. I was confused because their conversation seemed geared towards how one such as I could be so angry at the world and full of hate.

Me? Full of hate? Angry at the world? I love the world, I mean my purpose is empowering and supporting others on their journey. I speak out against injustice and playing small. Clearly these people had not read 99.9% of what I have contributed thus far.

But then I realized it wasn’t about what I had or hadn’t written; it’s how the feminine is perceived by some when they get loud and get vocal.

As women we’re supposed to be fiery and protective of our families, our children, our homes, of our relationships and friendships. We’re expected to be strong, stand on our own, do it all and be Superwoman. It’s fine to be vocal and expressive in the bedroom, when its in agreement, when it’s supportive or when it’s done harmoniously.

But when we stand up, get mad, and get expressive in support of ourselves, our sisters and honor what is present for us? Apparently our fierce expression of the feminine crosses the line somewhere.

It’s like you’re allowed to express yourself as long as everyone else around you is ok with it, which is an old chestnut we’re peeling way and saying no more to.

We are constantly given the opportunity to break through the ceilings of playing small and this is a biggie for me.

I mean if you have to swallow your own fierce voice, you’re literally locking yourself in a box and throwing away the key.

If you’re a man and you’re bothered by a a woman that drops the F bomb and speaks her fiery truth, you need to look at your life for a moment.

If that’s the most offensive thing you’ve read all day in a world as mixed up as ours then I would say you had a pretty darn good day.

Also it’s probably a good indication you need to look at your own feelings in regards to the feminine in your life and how you feel about that fierce expression.

Now this isn’t all men.

I’m talking about the ones that are a slave to the old paradigms and rules and are afraid of feminine expression of anger, strength, feeling and emotion; the ones that still subscribe to the book that says women need to play nice no matter what and express things calmly and cleanly.

The Goddess Kali is a perfect example of fierce feminine fire.

I was attending women’s temple training a few years ago and one practice was to tap into Kali energy and fully express our feminine anger. Like we were supposed to really get in there and roar.

It was hard because it was so unfamiliar and “taboo”. I mean, we’re not supposed to act like that, we’re told. So it was something that many of us women had a hard time embodying. And something that I took as a call to work harder at opening to because I know for me when there is a block, there’s something I need to go deeper into.

Now Shiva is the counterpart of Lady Kali, the conscious embodiment of the masculine who is present and receiving this energy without berating her, heading for the hills and hiding. Shiva is open to this expression as he knows it’s not about him. It’s not aimed at him. This is a part of her expression of the feminine and it’s natural, and he’s not going to leave her because she’s expressing her truth.

Now Kali of course was a little on the bloodthirsty side and got carried away which can show us what happens when we let this rage grow too long, it gets burning out of control and can become hard to stop.

I’m not suggesting that we rage at the barista for messing up our latte or scream all day at everything and everyone, but I am saying that we need to give ourselves permission to speak out when we need to and sometimes that is in fierce expression not in quiet hushed whispers.

She’s aloud to be loud.

That’s only a few facets of the feminine. Her strength is both silent and thunderous; petal and thorn alike.

When she is a power to behold?

When she rages unapologetically for the injustices of the world, shakes the ground and raises her fists in the air?

When she is wild howl to the sky? When she’s gritty, muddy and dirty?

No, then she’s too much.

She should keep her voice down. Deal with things constructively.

Maybe it’s her time of the month. Maybe she’s having a bad day. Must be going through a divorce.

You can try to burn her at the stake but the flames won’t silence her voice.

She is the fierce fire of truth and she will burn your outdated world to the ground.

And that is why you fear her.

Of course the outspoken ones have to deal with the aftermath of this outdated conditioning.

We’ve been taught that if we speak out and stand up we’ll be the crazy/toxic/weird/alien ones.

We worry we’ll be dumped, alone, unloved, left behind if we embody this truth and get expressive about our anger and our feelings.

This is a learned behavior. We’ve been trained into silence thinking that we won’t be lovable if we express ourselves. It’s bs and we need to peel away this toxicity and let it go.

Why do we want people around us that only accept us when we are a fraction of our truth, who only love us when we swallow and suppress our voice and our feelings?

In my ripe old age I’m starting to truly resonate with the benefits of leaving people behind versus sacrificing yourself to only be accepted as a version of yourself they want you to be.

If you have to sacrifice who you are, it’s never worth it.

Expressing how we feel and speaking our truth is medicine as we are able to work through it and deal with it. When we don’t speak it this creates blocks, tension and hardship on the body allowing things to fester and grow.

Health issues can rise and this stress can begin to manifest in lumps, illness, depression and disease. We get sick because we swallow all that we are told we should never say and digest it internally and we get sick on this poison.

I’ve seen it. I’ve watched three generations of women in my own family suppress and choke on their own truth until they had to have their thyroids (throat chakra representing truth and voice) cut out.

Wearing a crown of 35 years and having a doctor say hey, you have something on your thyroid has made me wake up and stop choking on truths that need to be spoken. I don’t want to become the fourth generation of the feminine to become a holding cell for the expression of my truth.

If the thyroid is called the butterfly gland because of its shape then let it be the wings of truth and fly, baby fly.

Silence is a learned behavior, one that we need to stop taking active part in each day. I won’t participate in it any longer in any aspect of my life; I choose truth. I choose to use my voice and for it to be fierce when needed.

So. Whether you are female or male, stand up and get mad if that is what you are called to do.

Express what you need when the situation calls you to. It just may be the revolution needed to shake the world free from the bullshit rules that hold it.

I’ve been so lucky on this path to know many fire breathing women and I am thankful everyday for their influence and illumination in my life. Their fierce passion and dedication to their truth inspires me daily and they are some of the finest ladies I know, wild F bombs and all. (you know who you are.)

In conclusion, I would like to thank those who have reminded me in the last little while why I was set on this path to do what I do. I do not write any of this in anger, malice or from a place of disliking anyone but from a place of fierce and connected truth.

I hope you are able to open to the idea that those around you are allowed the same rights of expression that are granted to your voice as we are all equal on this planet and have a right to be heard.

Your position of failing to be in this century and choosing to remain tied to the perceptions of an archaic and outdated system continue to astound and fuel me.

And to the Shiva’s of this world who are not threatened by the full, truthful expression of the feminine, a hearty Kali fist bump to you.

C. Ara Campbell is a visionary writer, soul guide, cosmic channel, teacher, artist, empath, womb keeper and the founder of The Goddess Circle. She is dedicated to the awakening feminine, living embodied truth and aiding others in connecting with their medicine. She is an old soul that has been writing and channeling guidance from the unseen world since she was young, intuitively soul coaching and empowering using spiritual and natural energies.