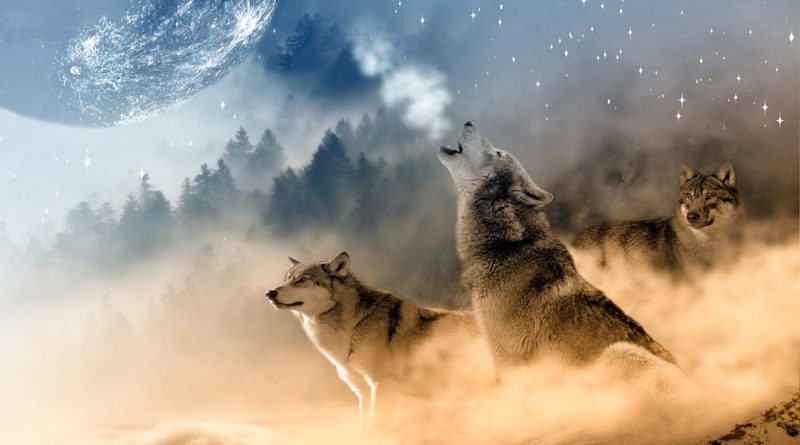 In Native American and early Colonial times, the Full Moon for January was called the Full Wolf Moon.

On January 12th, the moon becomes full at 6:34 A.M. EST. To know when the Wolf Moon will be making it’s brightest appearance in your area, check out the Moon Phase Calendar for your city/state.

Amy Bird gives us some much needed insight into the Cancer Wolf Moon:

“This Full Moon could be quite emotional as it is in the watery, emotional sign of Cancer which is in fact ruled by the Moon. Full Moons tend to bring things to a head and whatever may have been bubbling below the surface over the course of the previous couple of weeks have a tendency to burst out into the open as the Moon reaches its peak. This Moon is no exception!”

She goes on to say, “Cancer represents the home, family and our emotional roots and behavioral patterns which stem from childhood…This Moon could make us very aware of such patterns as the come to the surface in the form of unreasonable and irrational behavior, so watch out! This Moon could well bring up some strong emotions based on old patterns formed when we were very young. Emotions are not rational at all and have a tendency to take us over despite ourselves.”

Sounds pretty intense. So how do we handle all of these emotions in a healthy way?

Dipali Desai and her Celestial Space Astrology has this to say on the matter:

“Many things in life are changing, altering that the Full Moon in Cancer may activate as this is the first full moon of the new year. Something inside of you may be yearning for nourishment and tenderness. While another part of you needs to let go of being attached to a past dysfunctional emotional pattern or pain that began in childhood.

“…Use your intention to bring greater illumination of that which is hidden from your awareness. Allow yourself to journey into the world of your emotional level and pin point the habitual tendency that seems to set up an ‘avoidance’ reaction to healing. Journey into the heart and let yourself go through the healing process to access the rich wisdom contained within the wound.

“Let yourself be free to float upon the waters of restoration and healing now. The illumination from the Full Moon in Cancer potentially brings you in touch with compassion and nurturing so that it benefits you and all aspects of your life and relationships now.”

And what about romantic involvement during this Wolf Moon? Kelley Rosano says:

“The divine lovers, Venus and Mars are in a conflict at the Full Moon. You can choose to be the victor or the victim. In other words, you can own your power. Or you can give it away….”

“Whatever is going against you. For instance, you are out of work. Do not allow it to define you. You are master creator. You can change. Don’t wait for the answer to come through others. Be the leader of your life….Be your own best friend.”

To learn some interesting facts about the January Wolf Moon, watch this video below!