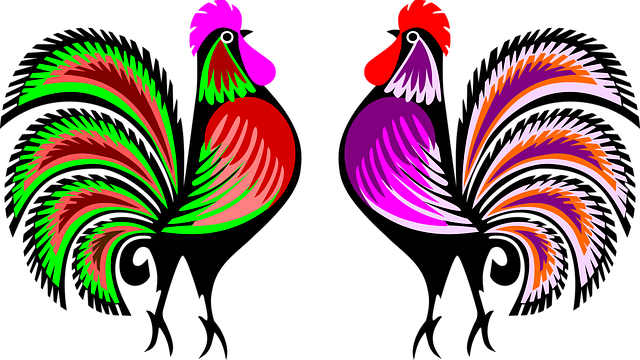 After the year of the monkey comes the YEAR OF THE ROOSTER. The Rooster being the sign of the Dawn and Awakening, triumph and success can be achieved with hard work and patience in 2017.


Chinese Zodiac 2017 energies are subject to the Fire element which expresses inner warmth and insight, as well as the quietness of privacy and family ties.

* RAT / EMOTIONAL YEAR
Year Born: 1924, 1936, 1948, 1960, 1972, 1984, 1996, 2008
You are prone to have many quarrels and unnecessary disputes leading to bad luck in wealth. However, you will be blessed by three auspicious stars which can make both ends meet, thus will not suffer serious financial loss.  Meanwhile, your luck in love and relationship will be good, however, you are not recommended to focus on love because you will encounter the career development peak in 2017.

You will have good luck in wealth and you can easily obtain a lot of wealth. However, you may have an extremely large expenditure for some reasons, thus cannot save much money. Your attitude toward work and your ability will be recognised by the boss or superior. Meanwhile, your luck in health will be not bad and you will always look healthy and energetic as if you have exhaustless energy, so you can achieve your goal during this period

You will be prone to lawsuits regarding money, hence suffer a financial loss. Due to the change of working environment and job, you may get reduced income or bonus from work. Moreover, you will easily have an accident in this year. You may also suffer from mental problems, such as insomnia, depression and neurasthenia, so you need to adjust your mental state properly.

Dragons will have stably improved luck in wealth; whether you are a company employee or a businessman. However, when it comes to your health, you may encounter a minor illness or disaster, and suffer from lingered cold or fever. Just pay attention to personal hygiene and healthy diet.

Despite your extremely good luck with the opposite sex in 2017, your luck in wealth will, unfortunately, be on a decline. But don’t worry as snakes will have an improved relationship and may get married this year. Meanwhile, pay attention to your family’s health and never be careless.

Horses will experience big changes in fortune and you need be ready for the ups and downs. Due to the good luck in career, you will get more opportunities to make money and save more. However, you have to face the situation of financial loss due to the illness of you and your family, requiring a certain amount of money to solve. In short, you will get wealth easily but also suffer serious financial loss, thus it’s important for you to save money in a better way.

For you people born in the year of the Goat you will be unlikely have good luck in wealth and you may have big financial problems which will lead to the tight budget, so you should prepare in advance. Also, you will have more health risks without any sign. The only thing you can do is ensuring your mental health and avoiding too much negative mood caused by the disease.

Those in employment will have good luck in wealth and the careers of civil servants with fixed salary will go smoothly; you may encounter some difficulties in work, but will finally solve the problems in time. Monkeys should remain vigilant when investing, never invest rashly to avoid loss of wealth. If you are single, you can give yourself a free hand to pursue the beautiful love belonging to you.

2017 is the year of the Fire Rooster. In other words, you should be prepared for the great change in life this year. Due to the bad luck in wealth, you will have very limited capital incomes in the whole year. Fortunately, you will have a stable income from your work. You will be full of emotional crisis as you are irritable, grumpy and suspicious because everything is not smooth.

You will get a lot of wealth and have many opportunities to acquire more wealth due to the development in work. Dogs will also have prosperous luck with the opposite sex, especially if you’re single female. Unfortunately, you may easily have minor problems in life and work and become more sensitive, thus often suffer from imaginary fears.

You will not have good luck in both work income and windfall. All sorts of problems in career will directly limit your income while the declined income will, in turn, affect your career development. However, if you are determined to focus on the development in other places, however, you will have good opportunities.

Of course, all these are mere predictions and may vary from person to person. This is only a guide that would help you ward off unwanted troubles and negative energies in life.