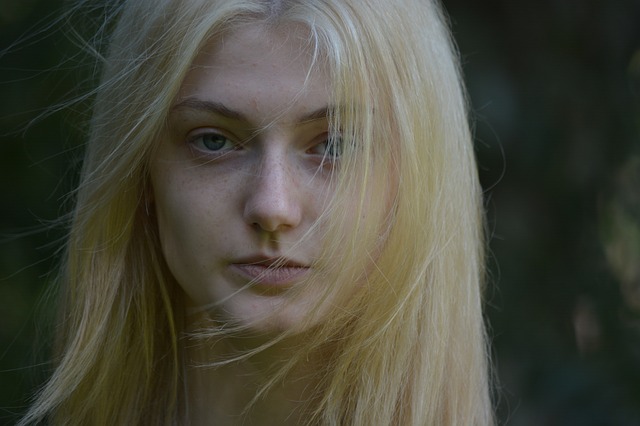 Whether they are the martyr or the narcissist, learning how to recognize their toxic manipulation tactics is the first step to resisting them.

Just because someone is our partner, sister, school friend, work colleague or boss does not change how we should respond to them – yet it does. Manipulative people by definition want you to see a different image of them than their true self. Their whole game relies on you not being able to see through their mask.

Yes, this is surprising as martyrs are often mistaken for being compassionate, empaths, caring and kind.  Not so with the martyr manipulator.  These people use their martyrdom to extend control over the people around them, much like the submissive in S&M sets the boundaries, the rules of play.  They may appear the weaker player but are in fact the ones really in control, the dom is dancing to their game.

Martyr manipulators will use phrases like ‘oh no, don’t you do it, I can do it, but…my back, my heart, my anxiety etc’ and you do what they want. Martyrs will work with silence, their tool of choice.

With martyr manipulators it’s what they don’t say, what they infer, leave hanging in the air, hint at, that gives them their power. You will feel confused, anxious to please and uncomfortable about what is not being said, you will fill in the blanks. This will take energy and effort on your part.

They are not authentic and your system will know this. Because they promote themselves as downtrodden, hard done by, unfortunate, or less fortunate than you they make you feel indebted to them as though you owe them something because their life is not as good as yours. This is not your problem. Step back. Leave the silences, ignore them, focus on your own needs.

In some ways martyr manipulators are the most draining because of their relentless negativity and professed hardships, but they are actually the easiest to stop. You simply stop caring what they think. That’s it, all you have to do. Then their weighty silences, meaningful looks, poor me body language and sly glances are meaningless. You don’t owe them anything.

Many people out there have and do overcome far worse hardships with a smile, a warm heart and hope. You are dealing with an energy vampire, no more, no less. Emotional blackmail is their language, silence is their weapon. Ignore them.

Better known as the bully. We’ve all met them, watched them form a far and if you’re unfortunate known them close up and personal. Whether they use passive aggression, micro management, verbal, emotional or physical abuse, their goal is to own you, control you and manipulate you.

Language becomes a weapon of mass destruction in these peoples’ mouths. They cause fear through intimidation. They need to feel superior to others to validate their own existence to themselves.  The more power they have over people the happier they are.

Bullies are horrible creatures from the nasty office bully to the man boy soon to be king of the United States, bullies are to be avoided at all costs.  The best way to beat a bully is to distract them and make them look the other way.  Like Harry Potter when he fought the troll, you want it to stop looking at you because it will forget about you and focus on what is directly in its path.

Bullies are very linear, what is in front of them at any given moment is what they are feeding off. Stay out of their way.

These are a different animal altogether. The snake will read you – your vulnerabilities, your weaknesses and he will use these to his advantage. He will manipulate just by being his slithery, slippery, charming self.  Snakes believe the world owes them, they are short changed by life, they see the people around them as resources.

Snakes use charm, flattery and sly asides to encourage self doubt and worship of them. They are dangerous. Like wolves they will eat you up and spit you out as soon as you are of no use to them.  They do not see you as human, certainly not as equal and will only think of you in terms of how they can get what they want from you.

Avoid snakes and if you’ve got one in your life wake up to the charm, see through the slithering smile and keep your cool. Snakes like the heat they don’t deal well with cool cats. Be a cool cat.

Narcissists are by definition selfish. They cannot see from any perspective but their own.  They are therefore self serving at all times.  They often lack any hint of empathy, compassion and kindness, they may be able to feign these attributes but this will only be if they gain something from it.

Others barely register on their radar – they only see/fee/ hear themselves. Everyone else are just extras in their own private movie, with them as the star. They, like all of us, decide and determine their own narrative, what is different form us is that everything they do, say, think and feel will be totally driven by their needs, wants and ego.

You cannot win against narcissists, you can only avoid and minimize contact. They cannot be changed, influenced or brought to some kind of understanding of others feelings. This is a psychological impasse. Karmically they are trapped in a hamster wheel of me, me, me. This type of individual will fool many, many people around them. Its a case of the better you know them the more you will dislike them.

They will not be good friends – they cannot exchange energy, only take. Narcissists will not be good bosses, everything they do will be calculated to make them look better and this may involve stealing your ideas, talking themselves up and you down or being secretive and tricky in communication. As a family member this can be disastrous as putting space between families can be very difficult depending on your social, cultural and religious circumstances. They will not be there for you, they will not listen as they can’t. Their world is all about them, period.

The spectrum of narcissism is vast, like everything else in our convoluted universe. We can all manage a bit of selfie obsession but when it starts to drain you, walk away. Leave them to get on with their world.

This person can and will have traits of all of the above. Totally selfish, service to self, and self obsessed. Emphasis on the word self. By definition they cannot, will not under any circumstances give. They will take. They cannot see anyone outside of themselves as of any importance.

Sociopaths are the hardest to spot as they camouflage themselves. They mirror or reflect the people they are with, disguising their true nature. Sociopaths are sociable, they thrive on drama and social worship. They are often concerned with their appearance and their public image.

Whether they are family, friends, or colleagues step away now. Minimize contact. Only bad things come from being around sociopaths. If you’re trapped at work with one, try and avoid being on your own with them, bring others into the dynamic to dilute their power.

Sociopaths range from mundane, to murderers and everything in between. Either way their brains are wired to only see themselves and all else in the context of how it or they can benefit them. They manipulate like the rest of us breathe, it’s part of their DNA.

Domestic violence illustrates the scale and spectrum of behaviours they can display. Manipulative people can be dangerous, they have agendas, this makes them a threat. At the very least they are not to be trusted as they cannot have any but their own interests at heart.