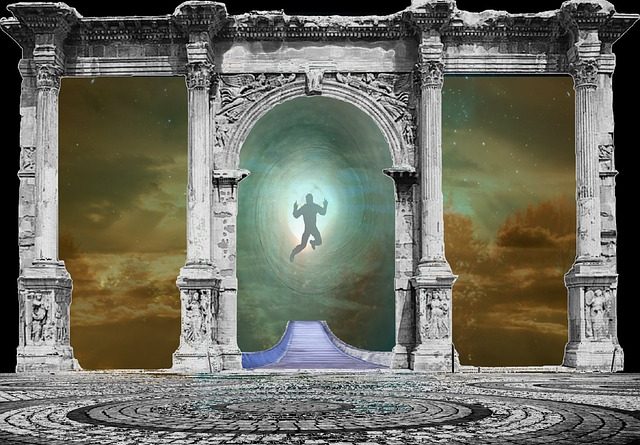 “No one wants to die. Even people who want to go to heaven don’t want to die to get there. And yet death is the destination we all share. No one has ever escaped it. And that is as it should be, because Death is very likely the single best invention of Life. It is Life’s change agent. It clears out the old to make way for the new.” – Steve Jobs

There are countless records and researched cases of past life experiences that suggest the possibility of life after death. In nearly every single documented case of reincarnation, there was found to be a variable period of time between a person’s death, and their next reincarnation. So what happens when we die? Are there several planes of existence in this potential “limbo?”

Well, when we die, our physical body remains here on Earth, while our life energy (Prana-Shakti) is released into the universe. Basically, though we cease to exist, our consciousness continues.

The following 5 people have experienced death, and life-after-death. They discuss what they saw, felt, and heard during the time between this reality, and the next.

1.  TheDeadManWalks  was undergoing chemotherapy at the age of 15. He was afflicted with sepsis and his colon became infected. He started hemorrhaging blood and was rushed to a hospital, where he slipped in and out of this world several times. He explains his life-after-death experience like “hitting a snooze button on your alarm.”

“So if you want to know what it’s like to be that close to death, it’s tempting. It’s like wanting to hit the snooze button on your alarm at 7am. And maybe you do hit it once or twice but then you remember that you have work or school and that sleep can wait because you’ve still got shit to do.”

2. Schneidah7 died temporarily from a motorcycle accident. After  hitting a light pole while traveling at 50mph, he passed into a state of darkness. He says he woke up because someone was yelling at him.

“When I opened my eyes I saw my brother squatting on the pavement next me to. This was odd because my brother has been dead from an OD for several years. I couldn’t really gather the presence of mind to speak so I just looked at him.”

3. At the age of 5, SonOfDavor nearly died in a swimming pool when his mother thought he was just ‘playing around.’ He now has shimmering visions because of that experience.

“There was nothing between that moment and throwing up water after he pulled me out of the pool. Though I can remember with absolute clarity how the water made everything shimmer as I was looking up, and sometimes I see that swimming shimmer as I’m walking around outside or if the light is really bright.”

4.  7storiesup needed eye surgery at the age of 7. Due to complications with his asthma, the anesthesia for the surgery caused his heart to stop, and he died. This left him with a rather bleak view of death,

“It also isn’t some magical experience… you’re just sleeping, except sometimes you can wake up from it, like I did, and sometimes you can’t. It is sad though cause it’s nothing… life is smelly and loud and busy and interesting and fun and colorful and death, death is absolute nothingness.”

5.  minusthelela had no pulse for ten full minutes, and was dead from heart failure.

“Eventually the room went black and a feeling of peace came over me, like I was going to sleep. I didn’t see anything good or bad, just emptiness.”