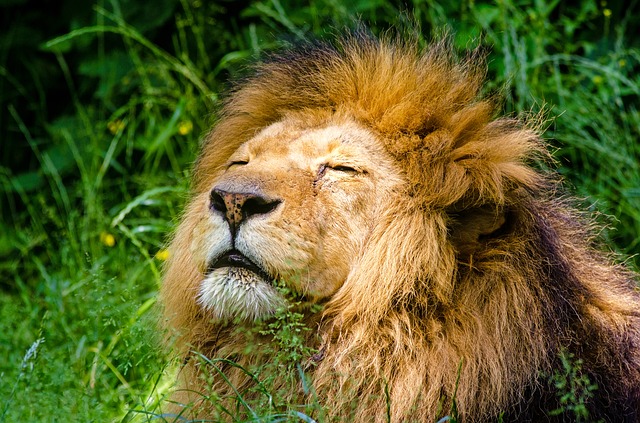 Africa is a beautiful and majestic land, rich with lush plant-life and magnificent animals.

The animals play a huge part in African culture, and their symbolism can be found throughout countless pieces of art and historical accouterments. Each animal has a specific meaning and signifies a certain quality or characteristic.

In fact, several African tribes believe wearing animal carvings on their masks will improve their communication with animal spirits who live in the desert or wooded areas. Interested in what each animal symbolizes? Read below:

The lion signifies strength, both in personality and physicality.

He represents courage, valor, and pride.

His counterpart, the lioness, represents femininity, motherhood, and the moon.

The Leopard-
The leopard is known as the Great Watcher, and is a symbol for cunning, agility, and ferocity. The leopard is highly revered in African cultures as a master hunter due to it’s secrecy and mystery.

The Zebra-
The zebra symbolizes freedom, individuality, friendship and unity. Though they are a part of a herd, they each bring something special to the group and seemingly get along with all other animals.

The Crocodile-
The crocodile is regarded as a sacred animal is parts of Africa. It represents protection, and is seen as a spiritual being who wards off evil. In Gambia, the crocodile is even stamped on the country’s currency, and a sacred crocodile pool called Kachikaly serves as a prayer-ground for visitors.

The elephant is a popular symbol in African art and jewelry.

Symbolizing good luck, especially when the trunk is pointed upwards, the elephant often graces the walls of homes and can be found on many types of clothing.

The monkey is used to symbolize mischievousness and curiosity. Also, if you’ve ever watched a monkey, you notice they are humorous, social creatures. The monkey also represents comedy and friendship.

The giraffe represents grace. Their slender necks and long legs contribute to their elegant appearance. Giraffes also symbolize achievement. They are able to reach the tops of trees that most animals never even see.

The Antelope-
The antelope symbolizes a good harvest.

Some tribes believe that the antelope is responsible for teaching humans the secrets of good farming.

The antelope is a widely-respected symbol found throughout Africa.

Do you have a favourite African animal? What does your animal symbolize?