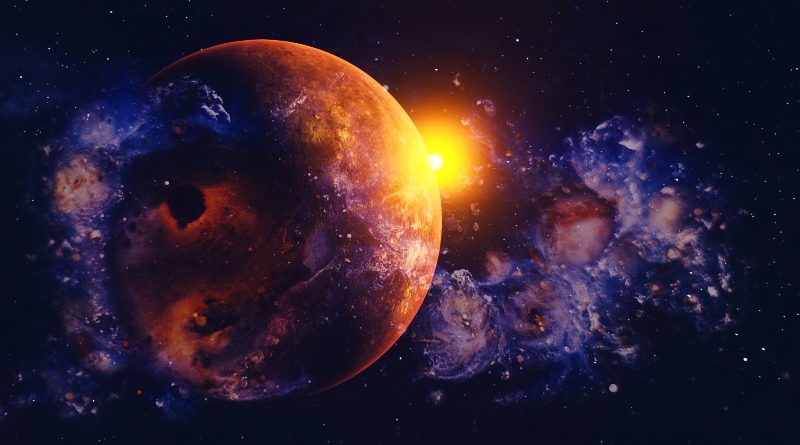 The final Mercury Retrograde of the year is here. Mercury will retrograde in the water sign of Scorpio on October 13th, ending in the air sign of Libra on November 3rd, 2020.

In astrology, nothing makes you run for cover faster than a retrograde. The mere mention of the word probably conjures memories of exes unexpectedly resurfacing, running late to important events, losing your wallet, and so many other dreadfully inconvenient things. If you’ve been burned by one retrograde too many, you’ve probably learned to plan in advance for them by now.

This Mercury retrograde is delivering three full weeks of mix-ups and mayhem in the communication, thinking, and timing departments. While almost no one manages to escape such a backspin fully unscathed, the lucky zodiac signs least affected by Mercury retrograde fall 2020 might be able to keep the trash can fires under control — for the most part, anyway.

While October’s backspin may be the final Mercury retrograde period of the year, it’s not necessarily going to be an easy one. It fully overlaps with Mars retrograde 2020, which is also causing all sorts of frustrations to come bubbling forth.

On a more personal level, the majority of this retrograde will take place in Scorpio’s murky and emotionally-charged waters, making this backspin feel even more intense and powerful than usual — re-opening past emotional wounds and making us feel extra defensive about protecting our sensitive hearts and reputations.

Here’s what you need to know about Mercury Retrograde:

Mercury — planet of communication and cognitive function — stations retrograde in secretive, obsessive, and transformative Scorpio this month. During this time, be extra careful of what you say behind people’s backs, as it will likely have a way of getting back to them. You may even notice that emotional hangups from your past are returning to the forefront and possibly even people from your past. When Mercury retrogrades back into harmonious and partnership-oriented Libra on Oct. 27, it will be a beautiful time to get closure and maybe even resurrect a relationship from long ago.

Here’s what you need to know about Mars Retrograde:

Mars retrograde just so happens to be one of the rarest retrograde of all. It takes place once every 25 months, only occurring 9 percent of the time, according to Astrology King. That means this retrograde is serious business. Mars is the planet of passion, ambition, sexuality, and aggression, which means this retrograde could leave you feeling listless and uninspired. This could in turn lead to feelings of frustration and hot-headedness. However, pushing through the mud will be so worth it, as it will prove that you really want whatever you’re working so hard for. Getting the job done now will have powerful lasting consequences.

As a little bonus, Neptune and Uranus are also in retrograde currently, so that means we have 4 planets about to hit retrograde at the same time, and that’s how we will end 2020.