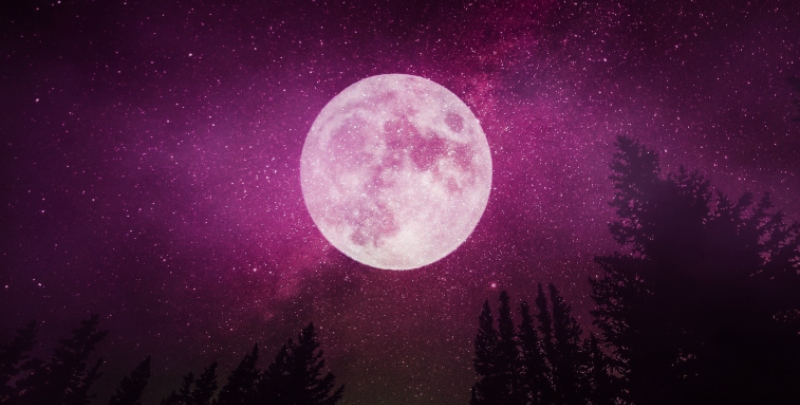 While you’re likely stuck at home, there is going to be an incredible show in the skies this week.

Although many moon-gazers have a special place they go to watch the rise of the full moon every 29 days, much of the world will be at home for April’s “Super Pink Moon.” And before you ask any questions about the shade of the moon this month, no, it won’t literally appear pink.

It’s named after pink flowers called wild ground phlox, which bloom in early spring and appear throughout the Northern hemisphere. It is also called the Sprouting Grass Moon, the Egg Moon and the Fish Moon in other parts of the world.

Supermoon is not an astronomical term. It’s a relatively new colloquial term for a moon—and in common usage, a full moon—that appears to be larger than usual. The “Super Pink Moon” on the night of April 7, 2020 will be 356,907 km from Earth. That’s because it’s closer to Earth than the average Earth-moon distance of 384,400 km.

While some people say the Moon is super if this occurs within 24 hours of the exact time when the entire face of the Moon is lit up, others class any full Moon closer than 367,607 km as a super-Moon.

By those definitions we have between one to four super-Moons each year. The last one was in March (aka the super worm moon).

The Super Pink Moon will rise on Tuesday, April 7. It’ll be visible after sunset, and it will reach peak illumination at 10:35 p.m., EDT, according to the Farmer’s Almanac. The moon will appear full to the naked eye for the next couple of days.

The Super Pink Moon will certainly be one of the brightest moons of 2020, and it precedes the rare Cosmic Ladder alignment.

About a week after the spectacular full moon, we will witness a Cosmic Ladder. This happens when Jupiter, Saturn and Mars and Mercury align in the sky. The sliver of the moon will be joining this line up for an extra special stunner of a show. 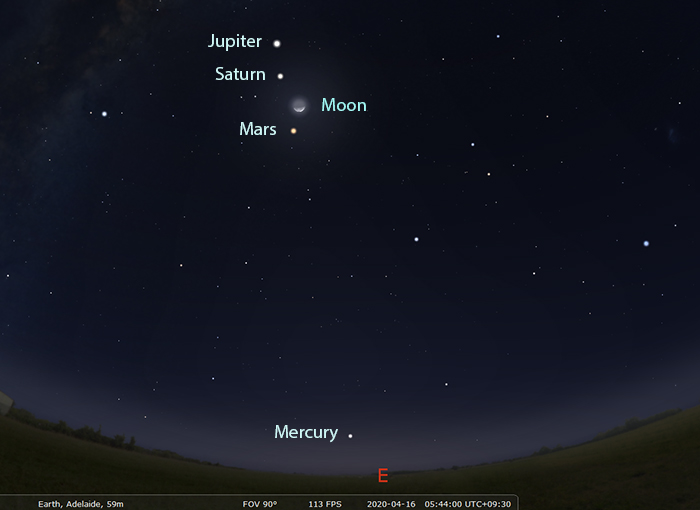 You’ll be able to witness this around April 15th to the 16th, and on the 17th Mercury will drop below the horizon.

And if you’re into pareidolia, on May 16th there will be a smiley face in the sky and you don’t want to miss that.