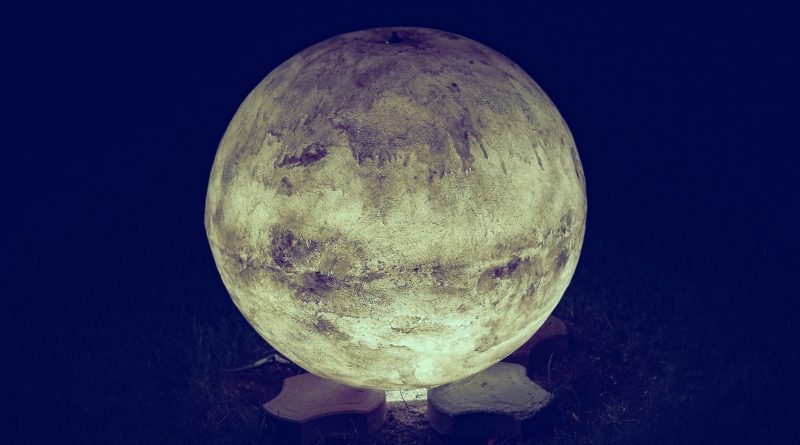 Losing sleep during a Full Moon is nothing new, but this one might affect you a little differently.

According to many astrologers, a full moon can have some pretty intense effects on everyone. Full moons are typically known to mess with emotions, causing mood swings and making us act differently than we normally would. Full moons are even thought to be responsible for things like more car accidents and more animal attacks – basically, anything weird or out of the ordinary can be blamed on a full moon. So, that said, it makes sense that the full moon would also affect your sleep. And since the October full moon is coming up on Oct. 13, you might want to be aware of how the October full moon will affect your sleep based on your zodiac sign.

The idea that the full moon affects your sleep can actually sort of be backed up by science. According to BBC in 2013, a small study from Basel University in Switzerland found that a group of participants didn’t sleep as long or as well during a full moon compared to other times during the lunar cycle. Scientists also found that the reason wasn’t the extra light in the sky, but something else having to do with the moon, although they aren’t sure exactly what that Is.

A full moon might indeed make sleep harder around Oct. 13. Bustle spoke with astrologer Lisa Stardust, who said, “The Aries full moon will elevate tensions, thereby causing us all to be in dire need of a nap due to the energy we have put out in the open. It’s time for us all to make sure we are getting enough sleep and rest.” That’s the general idea, but each sign will feel things a little bit differently. Here’s a breakdown of what you can expect:

Aries, the full moon isn’t the only reason you’re feeling a bit like an insomniac. Stardust says, “Your relationship woes may cause you to have restless nights. Try to create boundaries to get some shut eye.”

This full moon is going to make you feel extra emotional, which is definitely going to change the way you feel at night. Stardust says, “You’re emotionally drained during this luminary, which is causing you to long for extra sleep 24/7.” Try to nap as much as possible!

“It’s been a long time since you’ve connected with friends, which is causing you to overextend yourself,” says Stardust. “Give yourself a moment to rest rather than going out hardcore.” Don’t feel like you have to be super social around this full moon, and let yourself relax a bit — you need it.

Cancer, you’re going to be feeling the effects of work during this full moon. Stardust says, “Work may stress you out, making you long for [quality time] nestled up in bed. Allow yourself to have five minute power naps to ignite your core energy.”

Libra, you need a break from social media for your own good! Stardust recommends, “Turning off your electronics an hour before bed will help you to lessen your anxieties and get rest.” Just say no to that final scroll through [social media] when you could be sleeping.

Virgo, you’ve had a lot going on lately, and it shows. Stardust says, “You’re worn out now — spend time focusing on regaining your strength and reviving your energy with 8 to 10 hours of sleep.”

Libra, you’ve been feeling some pretty intense emotions lately. “Your energy is high, which may cause you to spend your evenings tossing in turning in bed,” says Stardust. “Meditate and try breathing exercises for a few minutes to help you fall asleep faster.”

If you’ve been working extra hard lately, you’re probably noticing the effects of that when you’re in bed. “Be careful not to push yourself too hard, as you can become over exhausted and sleepy due to stress,” says Stardust.

It’s great that your social life has been awesome, but you need to catch up on some rest. “You’ve been hitting the party scene hard and now it’s finally caught up with you,” says Stardust. “Get your sleep in check before you spend time oversleeping at work.”

Capricorn, your overactive brain is probably leading to some pretty sleepless nights. Stardust says, “You’re more restless than ever; however, a warm bath may help alleviate your troublesome sleep.”

Take advantage of this full moon energy to focus on your mental health. “Download a meditation app to zen out,” recommends Stardust. “This will also allow you time to rest your energy and sleep peacefully.”

Pisces, get ready to feel exhausted. Stardust says, “This luminary is going to knock out your energy. Make sure you get enough rest in the days before to prepare yourself.”