One of the stranger ancient scripts one might come across, Ogham is also known as the ‘Celtic Tree Alphabet’. Estimated to have been used from the fourth to the tenth century CE, it is believed to have been possibly named after the Irish god Ogma.

The ancient Celts worshiped trees as spirits or as objects inhabited by spirits. Much of the Celtic mysticism revolves around the magical properties of different trees. The Ogham connects the ancient beliefs of the Celts to the beauty of trees through this cryptic written language.

The Celtic respect for trees affected many aspects of their lives and is considered to be fundamental to the Ogham script. The markings center along a long vertical reference line, the ‘stem,’ which is then crossed by characters comprised of lines or slashes known as ‘twigs’.

Which Ogham were you drawn to the most? If you can’t decide between a couple, read the results for both, as they may both apply to you. 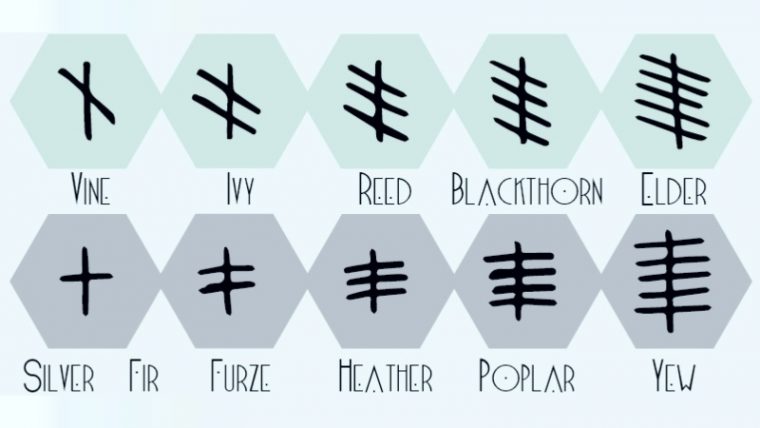 Now that you have your choice, or choices, scroll down to the results and reveal your true inner personality. Be sure to let us know if you feel your reading was accurate!

The vine is an excellent energy for when you need to get in touch with your inner sight. It has a grounding effect that is both protective and enhancing of the psychic eye. It is also a happy energy and can be used during joyful celebrations.

In the Druid perspective, the vine earned its symbolism from its growth patterns.They recognized the vine grows opportunistically, and would dig in wherever feasible in order to gain a strong foothold to assure its own growth.

This is a powerful metaphor of “going with the flow” or “growing where you are planted.” In other words, it is a message that when we observe the best of our environment/situation and stay in a relaxed, flowing state of mind, will likely gain our highest advantage. 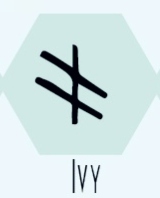 The ivy is your go-to source for attaching dreams with reality. Ivy wraps around our visions and helps us bring them into the real world. Ivy is also good for creating healthy bonds with friends, family and coworkers.

The ivy is incredibly durable and can withstand harsh conditions. This is symbolic of our ability to stick by our friends no matter what.

The ivy is also a symbol of survival and determination for the same reasons. It seems to be virtually indestructible and will often return after it has suffered damage or has been severely cut back. This is an example of the human spirit and the strength we all have to carry on regardless of how harrowing our setbacks may have been. 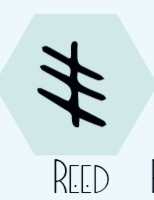 The reed is great for bringing balance into your life. Connect with reed energy when you have a desire to take the next step in life – whether it be relocating or even deciding to form new relationships. It will stabilize and protect.

Reed signs among the Celtic tree astrology signs are the secret keepers. You dig deep inside to the real meaning of things and discover the truth hidden beneath layers of distraction.

You love people because they represent a diversity of meanings for you to interpret. You are adept at coaxing people to talking to you, and sometimes you can be a bit manipulative. However, you have a strong sense of truth and honor so most of your scheming is harmless. 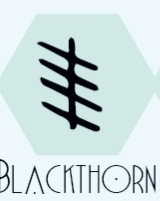 Blackthorn is a good energy for grounding and settling disturbed emotions. It allows you to gain insight into challenging situations, helping you to understand why certain things are happening to you at a particular trying time.

Among the Celts, the blackthorn (which is more like a bush or squatty tree) of the Ogham was considered a portent of challenges ahead, but with the promise of improvement once we push through those challenges.

In this way the blackthorn shows us that our very best fruits sometimes come after trials, setbacks and tribulations. We would do well to keep this in mind as we are in the midst of our challenges. We will come out on the other side better and sweeter than we were before.

Elder is a great tree to use as a tool to communicate with the other side of life. If you wish to get in touch with loved ones who have passed on, the elder energy can help establish that connection.

The elder tree is known as a transformative Celtic symbol because it is associated with the realm of fairies.

You are often misjudged as an outsider as you have a tendency to be withdrawn in spite of your extroverted nature. In actuality, you are deeply thoughtful with philosophical bent. You also tend to be very considerate of others and genuinely strive to be helpful. These acts of assistance are sometimes thwarted by your brutal honestly (which you openly share solicited or otherwise). 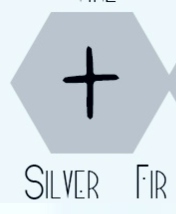 The fir is an excellent tree to connect with when you need to honor something or someone in your past. It is also a good energy for attaining productivity – especially towards a goal you are striving to achieve.

It is a symbol of honesty, truth and forthrightness because of the way it grows on the “straight and narrow.” The trunk of the fir reminds us of a tall straight pillar of strength, a symbolic tower of truth.

The ancient Celts recognized the fir’s ability to outlive and outlast most other trees, and so gave it representations of resilience and longevity. The fir also survives in torrid conditions, and is able to survive in challenging weather as well as substandard soils. Truly, the fir is a symbol of endurance and determination. 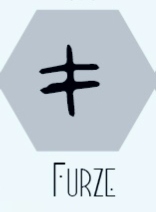 Also known as gorse, this is all about networking. Call upon this vegetation when you need to make new connections to impress. Perhaps to make an impression on a job interview. Gorse is also a great energy to call upon when going through new changes.

The symbolic gorse of the Ogham is known best for its associations with the sun. Primarily because the ancient Celts recognized the bright canary yellow flowers that begin to spring open as early as March. However, some types of gorse (also known as furze) will keep their happy blooms year-round.

There is rich symbolism to be found in this. Its bright blooms associated with the sun is symbolic of life vitality. The Druids recognized that the gorse is voracious light seeker. 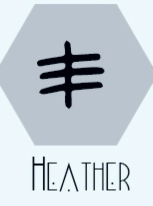 With its intoxicating vibrancy and fragrance, heather is an excellent resource for re-energizing. Heather also enhances visions and psychic ability. Heather is great when in strengthening the bonds of soul mates, partners and friendships.

The heather was no different and after trial and error the ancient Celts recognized it served as a great cleansing agent, breaking up blockages found in the body.

Interestingly, brooms were most popularly made by the Celts with heather, another symbol of clearing, cleansing and manifesting purity. 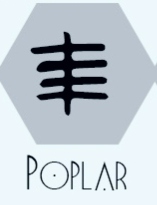 This tree is a sensational energy if you are wanting to re-create yourself. Perhaps you want a new look, or live in a different environment. Calling upon the poplar-aspen tree assists in making a fresh start a successful one.

For those taking their first conscious steps into spiritual living, awareness of transformation within each moment is best achieved when he/she works with the forces of nature. In other words, aspen trees are transformative tools to the novice and also serve as an oracle to the sage.

The Druid’s understood this. They knew states of transcendental awareness were in every nanosecond – within each moment the root of true magic clings. 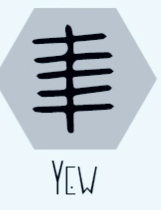 This is a tree that marks passage of time, it is good to call on the yew when you might be going through a rite of passage in life. Perhaps this might be becoming a parent, or maybe it’s celebrating a milestone birthday. Yew blesses these events.

The Celtic meanings of the yew are vast and intriguing. Much of this has to do with the hardiness of the tree, and its amazingly long life-span.

The yew is a loner. It’s isolated occurrences would have peaked the Celts interest because solo elements in nature are unique and thus granted special study. The evocative and dark twists of the yew gives it an otherworldly presence. As if its solitary status weren’t enough fuel for it’s symbolism of wisdom, knowledge, and magic – it’s gnarly contortions surely seal the yew’s reputation as an otherworldly oracle.