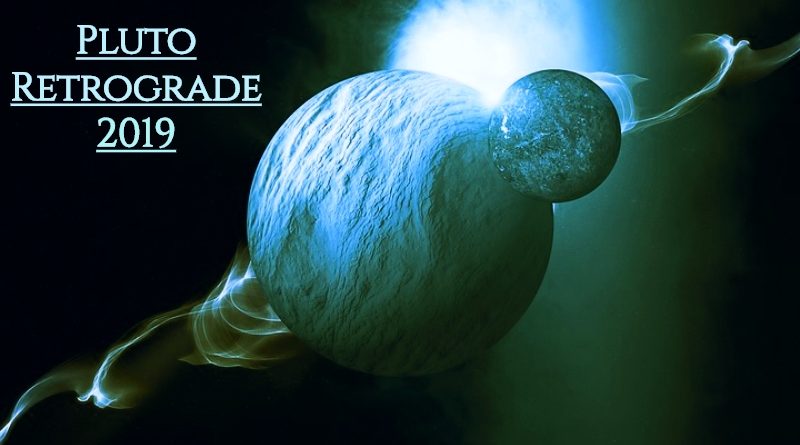 Pluto represents the deepest transformation we can go through, and this retrograde is one of the most powerful in 500 years.

Although Pluto has been demoted to a “dwarf planet” in astronomy, it still plays a big role in astrology as the ruling planet of Scorpio and the planet of transformation.

Pluto retrograde begins on April 24 — but don’t freak out. Pluto spends about half the year in retrograde, and this retrograde will continue until October 3. So unlike Mercury retrograde, Pluto retrograde probably won’t send your life into chaos… unless you haven’t dealt with your “shadow.”

“Unlike Mercury retrograde’s effects (which manifest as external forces), Pluto retrograde affects us on a subconscious level,” explains Narayana Montúfar, managing editor of horoscopes for Horoscope.com. “Each year, when Pluto retrogrades, we are given an opportunity to dive beneath the surface to encounter — and deal — with our darkest psychic material. We are not being asked, but pushed to search and destroy whatever is blocking our personal growth.”

As for the effects of Pluto retrograde, she adds, “Will it wreak havoc on our lives? It depends on how much each one of us has dealt with their own shadow material. Basically, if you have done the work, you will probably be okay. If you have not, you might be in for a ride!” This means that “the best thing you can do is face your dark side. Whether it means getting closure on an old issue, opening up about your darkest secrets, doing healing work, going to therapy… deal with it — or it will deal with you.”

Pluto represents the deepest transformation we can go through. It governs the process of death and rebirth. Its energy helps to burn things to the ground and then gives us the strength to rise up from it all.

Pluto works on mostly a spiritual or energetic level and guides us to shed our inauthentic self, find our power, spread our wings, and rise to be the best we can be.

Sometimes we get so caught up in the labels of life. These labels come from our programming, from society, from advertising, and from the limiting beliefs that we often tell ourselves.

These labels cause us to get stuck and boxed in. They cause us to lose sight of who we really are.

Right now, Pluto and Saturn are very close to each other in the sign of Capricorn, creating a conjunction — something that hasn’t happened since 1518.

“It’s quite rare, and it is a really big deal,” Lanyadoo says. “Pluto being so close to Saturn, and both of them being in the sign of Capricorn, directly implicates global events that we’re seeing,” such as climate change. “On a personal level, it makes it so that each of us as individuals is more personally confronted by what it means to be part of a society,” she explains.

That means that “this is not a good time to try to keep things on the surface and keep things light,” Lanyadoo says. Instead, it’s a time “to take responsibility for the work you’re doing, and how you’re connected to other people, and what it all means.”