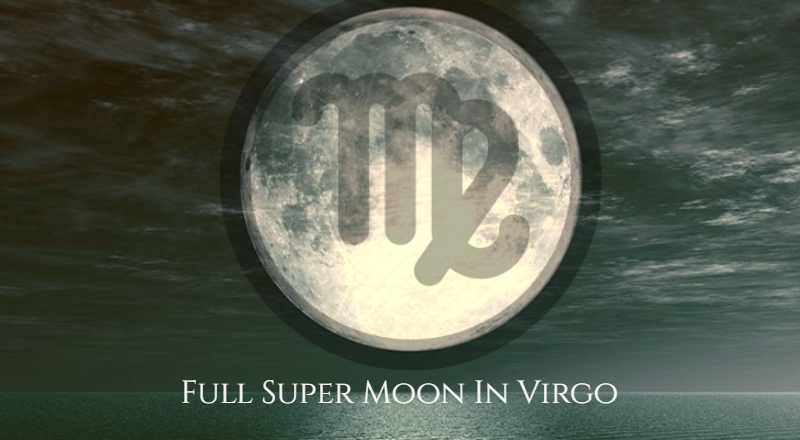 The year’s biggest and brightest super moon, the Snow Moon in Virgo, will take place mid-morning on February 19th.

Full moons tend to make us purge and release things from our lives, so we need to make sure that we are in control of this and no one is forcing our hand. Sometimes we can let go of things that we regret later, due to heightened emotions.

February brings us an intense supermoon: the Snow Moon, which peaks in Virgo, the sign of the harvest, hard work, and self-sacrifice. We may feel extra hard on ourselves and take on a greater share of blame than we deserve in any conflict that arises.

To make things even more complicated, Mercury and Neptune will meet up with each other to oppose this moon, suggesting that we may be susceptible to deception or magical thinking. Take extra care to listen to your gut, even if it’s saying what you don’t want to hear.

You will be helped in your efforts to stay grounded by Mars, planet of decisive action. If you’re stuck between two choices, the Snow Moon will almost certainly push you toward the practical one. It may not look as dazzling, but it’s the only real path forward.

The bright light of the sun throws a spotlight on our subconscious and our shadow. This can feel uncomfortable as the Sun literally blasts out the demons who have nowhere to hide. Often the full moon is a time when we reap what we sowed at the new moon… for good or for ill.

The veils between the worlds are thinnest around a full Moon, so be very careful what you invite in. Instead, the full Moon is best used to purge things out, and banish entities/bad habits back to the underworld from whence they came. Make sure you close the door firmly afterwards!

Your feeling of safety is now related to order and clarity, even in emotions. You may have the need to organise everything chaotic and disorganized. Try being more tolerant and accept imperfections of life. It is better to trust life and let it run its own way, not everything must be according to our expectations.