As human beings, we all have a “good” side and a “bad” one. Although it’s not always easy to hear or talk about the less than positive aspects our ourselves, recognizing them is necessary for growth. If you’re interested in learning a bit about your dark side, your zodiac sign is the key.

“According to astrology, everything in the universe has an equal but opposite counterforce,” astrologer Cindy Mckean tells Bustle. “But a dark side isn’t just the opposite extreme of a positive trait — it’s anything below zero, or the ‘acceptable’ baseline of social norms.”

In other words, the dark side of your zodiac sign isn’t as simple as knowing what annoys people most about you based on your sign. “Most of the time, our dark side is what sets us back personally or what can unfavorably affect those around us directly or indirectly,” Mckean says.

It’s important to know that a “dark side” isn’t always that dark and sometimes expressing that side of yourself is necessary. “It’s through the darkness that our light shines the brightest,” Mckean says. “Sometimes our dark side is pretty straightforward and we can learn a lot from it too.”

So here’s how you show your dark side, based on your zodiac sign. 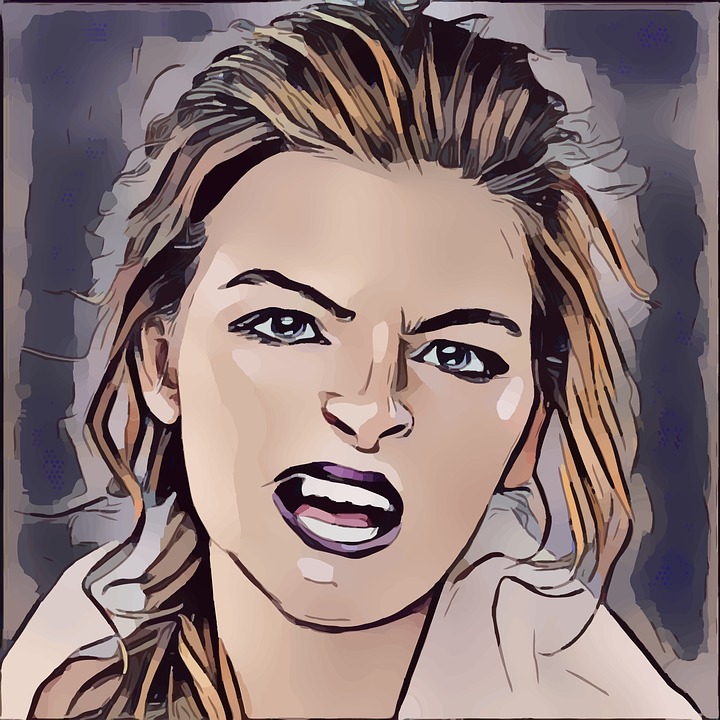 “The Aries dark-side is pretty bright red,” Mckean says. You may not be about rushing things, but you do want to get things done ASAP. You also like having things done a certain way. “When things don’t go their way or as fast as they want, they can display quite a mean-streak fueled by anger,” she says. But one of the best things about you is, you’re really kind-hearted. According to Mckean, once you hear about the impact you made, you’re going to put in the effort to make amends. 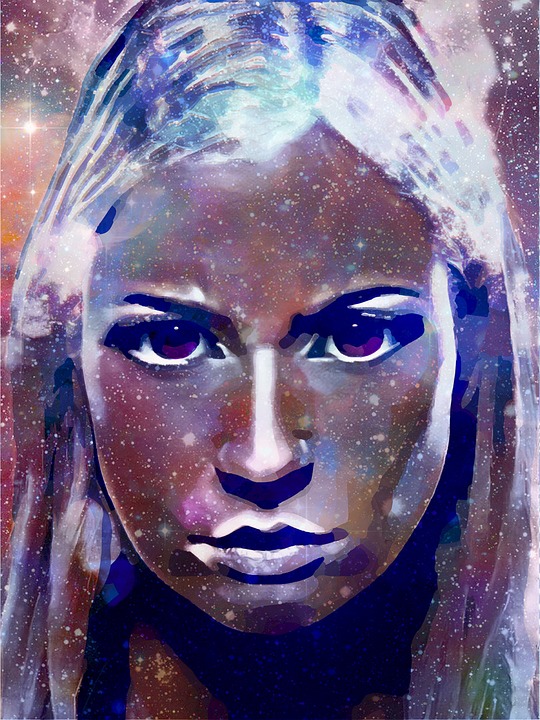 Taurus is a fixed sign, meaning they’re fairly unmovable. After all, they are known for being stubborn bulls. According to Mckean, possessiveness, laziness, and anger are manifestations of the dark side of your fixity. You like things the way they are, so why change it? But you liking your comfort zone can come off as laziness. When something threatens that comfort, you have a tendency to get possessive and even angry. “Forcing something away from them will only rouse their temper,” Mckean says. “Luckily, as an earth sign, Taurus is also very practical.” So if there’s good reason for change, you’ll likely go along with it. 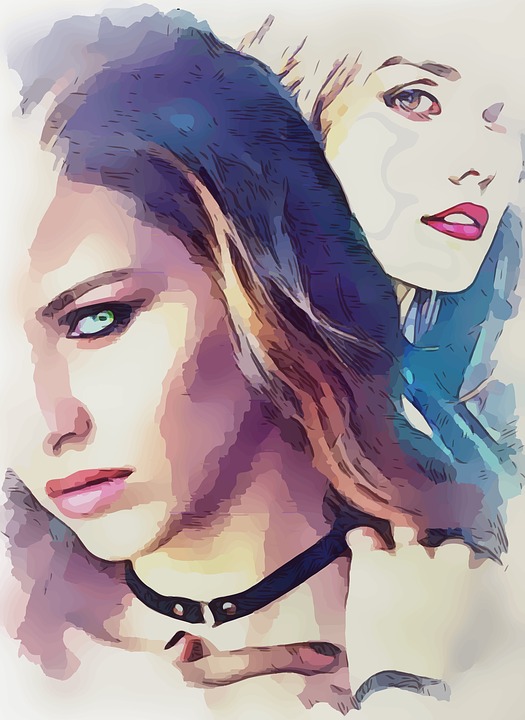 “There’s a very thin line between being duplicitous and being two-faced that the Gemini [may know] how to skate between very well, but sometimes they slip or just get reckless,” Mckean says. When you’re telling one person one thing and another something completely different, that doesn’t look great. Your adaptable nature makes it easy for you to do that, and more often than not, you don’t do it with malicious intent. But if people find out, it can leave them feeling hurt, confused, or even angry. It’s not uncommon for you to tell a story and then deny it later on when confronted. “While Geminis are great communicators, they sometimes have a tendency for gossip,” Mckean says. “But since most Geminis understand how this can burn bridges, they tend to avoid this unless their dark side gets the better of them.” 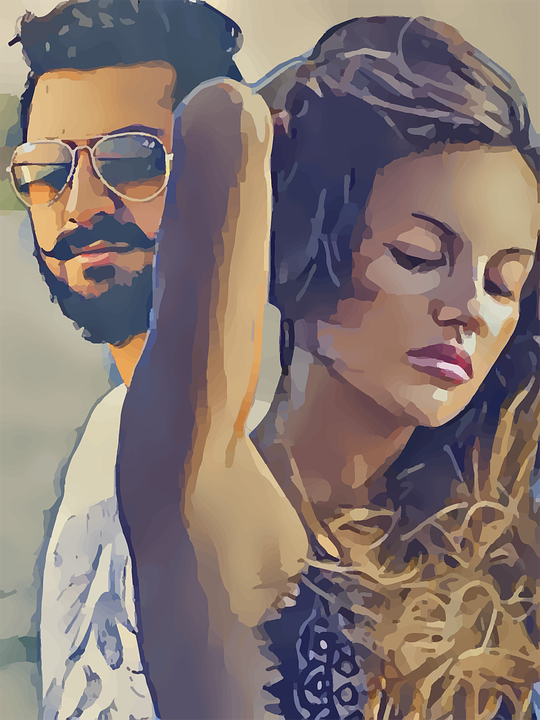 Cancers like to avoid confrontation. “While they may seem that they grin and bear it, their moodiness surfaces when they crawl into their shell,” Mckean says. Sure, it isn’t a really bad dark trait to have, but it can be confusing and emotionally draining for the people around you. “The very confrontation they were trying to avoid might come and meet them face-to-face,” she says. Another part of your dark side is the inability to let go. If you’re a Cancer or someone with heavy Cancer placements in your horoscope, Mckean says you’ll be familiar with how long it takes to get over a heartbreak, separation, breakup, or disappointment. That’s because you’re so protective that you don’t give things like your heart away so easily. There’s nothing wrong with feeling so deeply about a person or a situation. But don’t let something that’s not meant to be, hold you back from getting what you deserve. 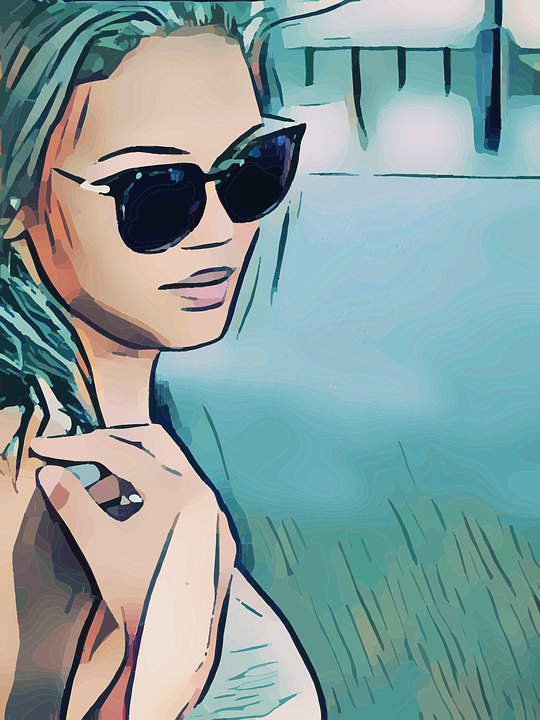 Being “adored, adulated, and the center of attention” is not for everyone, but for you, it’s in your very nature. A Leo knows how to stand out in a crowd with very little effort, if at all. But according to Mckean, if a Leo hasn’t received the attention they need early on, their dark side can overcompensate for that lost adulation. “At their worst, Leo can become vain and egotistical,” she says. “They will sulk and be sour if they feel like they didn’t get enough attention. Some may demand to be the center of attention unapologetically and proclaim they’re the best.” Ego can get the best of all of us. But as a Leo, you just have to be extra careful to not let yours consume you.

6 Virgo (August 23 – September 22): By Being Pessimistic And Coming Off As Judgmental 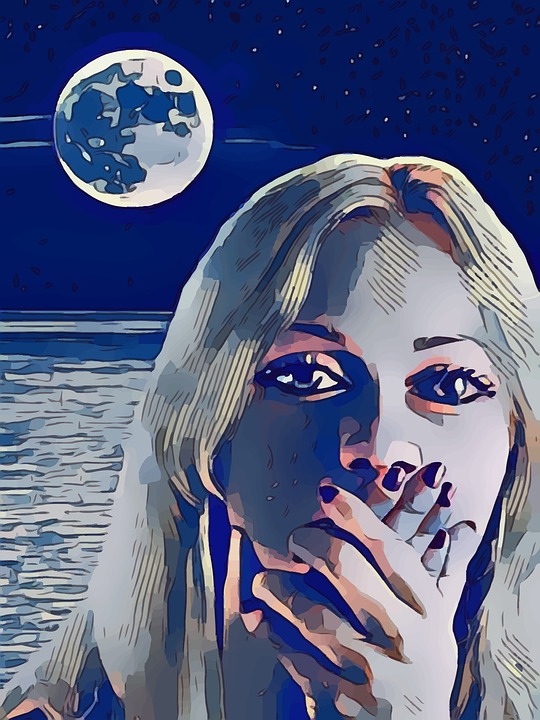 Virgos are very particular with their surroundings and the people they’re with. “Sometimes they can come across as critical, but as an Earth element there’s a constructive aspect to their criticism,” Mckean says. Since you’re all about the details, you’re also prone to anxiety and tend to think about the worst-case-scenarios. As you can imagine, that sort of pessimism can kill the mood of those around you, even though it’s unintentional. “Luckily, when a Virgo is left alone long enough to think about their actions and words, they can see their flaw and know better to stop this,” she says.

7 Libra (September 23 – October 22): By Wasting Time And Being Indecisive 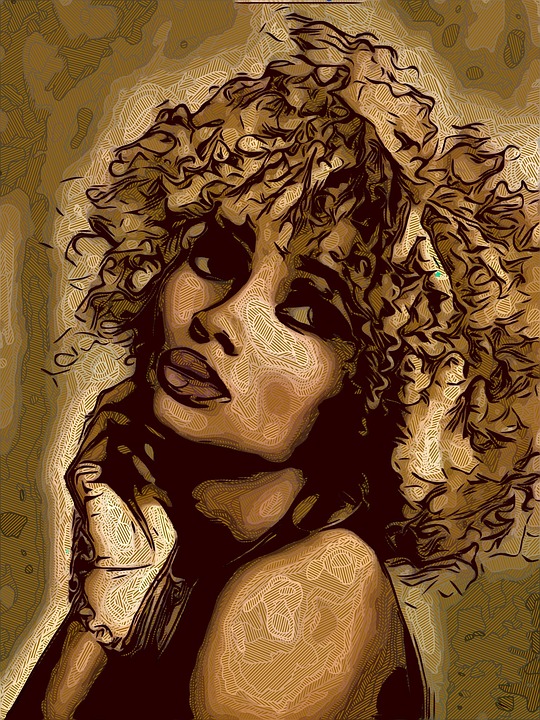 Libras can sometimes be way too democratic. “Though this trait is tied into their sense of fairness, it’s also motivated by the difficulty they have [with] quickly and efficiently committing to a decision,” Mckean says. Unfortunately, it can sometimes go too far and waste people’s time. The good thing is, you’re all about keeping things balanced and harmonious. If something is off, you’ll find a way to make it right. 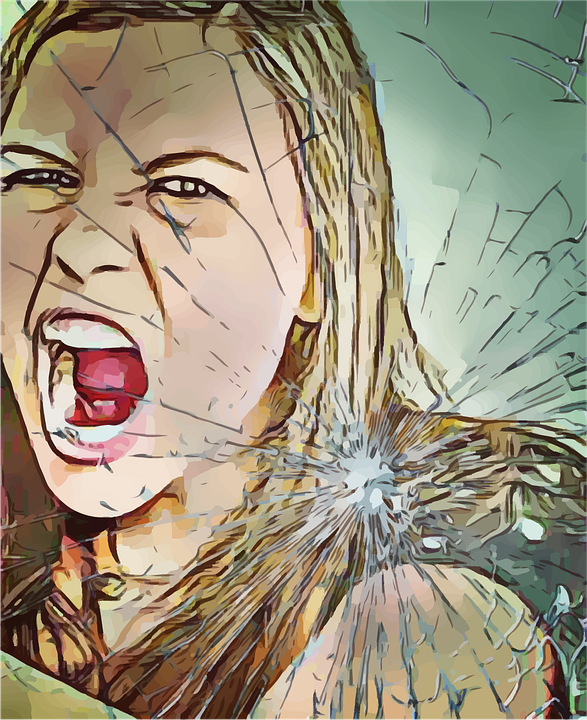 Scorpios have very long emotional memories, Mckean says. It’s both a positive and a negative. So if you’ve ever been wronged, you’re not the one who’s going to let it go that easily. “As a fixed sign, they have the ability to patiently wait weeks, months, or years to deliver what they see as just desserts long after life has moved on,” she says. Although not all Scorpios can get this intense, there will be the rare few who will get in deep and allow their dark sides to take the lead. In those cases, they may resort to manipulation tactics in order to even the score. But if you can find a way to recognize the emotional baggage you have, you can catch yourself before you give into your dark side.

9 Sagittarius (November 22 – December 21): By Getting Very Depressed And Sometimes Angry 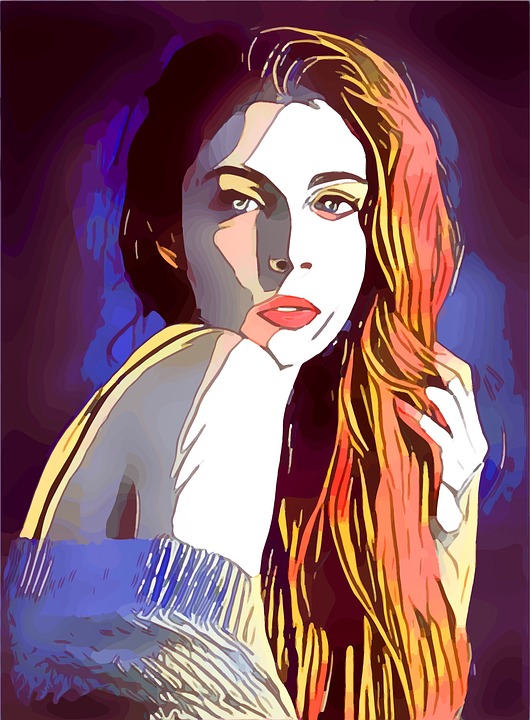 Of all the signs, you might be surprised to learn that Sagittarius’s dark side is the darkest of all the zodiac. This is partly because their bright side is one of the brightest in the zodiac, Mckean says. You’re known for being friendly, optimistic, and adventurous. “But when a Sag feels humiliated beyond repair or forgetfulness, or if they meet someone so mighty they feel like their arrows are forbidden to reach, they become brooding, angry, and they simmer,” she says. “Their playfulness disappears and is replaced by a determination to destroy whoever made them upset.” Since you’re a Fire sign, you’re quick to blow your fuse and then put it out. Unfortunately, your ability to get over things quickly may not be said for your “target.” The good news is, you rarely get mad. If you can find a way to tamper down that need to “destroy” whoever or whatever made you upset, you’ll control your dark side. If you can’t, just be prepared to ask for forgiveness.

10 Capricorn (December 22 – January 19): By Being Consumed By Ambition 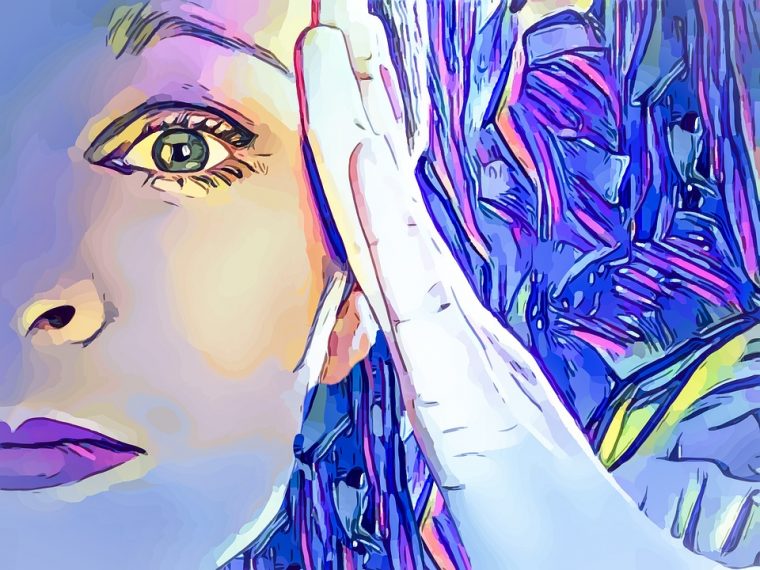 Capricorns are known for their ambitions. No obstacle or setback will deter you from your path. “Unfortunately, sometimes for a Capricorn the ends justifies the means and that’s how their dark side emerges,” Mckean says. You might have that “do whatever it takes” mentality. Your dark side really comes out to play when you see someone reaching that goal before you. If you don’t control that dark side, it’s not uncommon for a Capricorn to “discredit, defame, and disparage” the other person. What you really need are good people in your life to help ground you. If they can find ways to appeal to your common sense by telling you that you’re getting too wrapped up in your ambitions, you’re more likely to listen.

“Ruled by Uranus, the planet of sudden insight and progressive disruptions, Aquarius tends to live in the future,” Mckean says. “Feeling like they have all the information they need at hand, they become quick to judge.” When it comes to problem solving, you tend to feel like you have all the solutions which can be frustrating to those around you. The good thing is, you’re not one to work alone. You still like to keep the group in mind so your dark side never really gets the best of you. 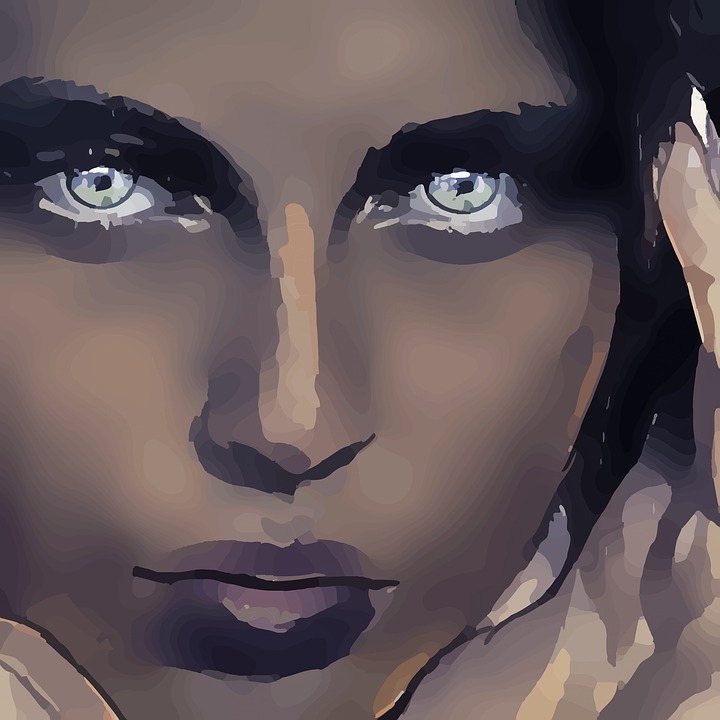 Like Cancer, Pisces are sensitive Water signs. But unlike Cancer, you lack that “tough outer shell” that protects the most vulnerable parts of you. “Because of their sensitivity, the tendency to escape can become a seemingly bottomless well they find themselves in,” Mckean says. “Their desire to escape can go as far as to fall into substance abuse, alcoholism, addictions, and/or inability to find their way back from the darkness.” It’s not always easy to face your problems head-on, especially if it’s something that’s deeply rooted. Seeking help and having a good support system around you can help bring you back to the light.

Having a dark side is nothing to be ashamed about. Every single one of us has one. Learning about your dark side and even expressing it at times is how you can continue to learn and grow as a person. So don’t be scared of it. Embrace it.