2018 is year to build, it is a year to start creating a solid foundation so you can manifest the life of your dreams.

Since the start of the year the cosmos has been guiding us to take action and to start building up the life we desire. We have been working hard to create security and structure, and find balance with the current direction of our lives. But come the end of June a shift is in the air, and the Universe will be asking us to slow down.

From June 26th until August 27th we are going to have up to six planets in retrograde, which is going to slow everything down. These planets include: Jupiter, Saturn, Pluto, Mars, Neptune, Uranus, and Mercury.

Retrograde energy is about moving within. It is about pausing, reflecting, and working on what is already in front of you rather than reaching for anything new.

Retrogrades cause the expression of the planet to turn inwards, rather than outwards, which means we feel the effects of the planet on a different level. In some cases, we feel the planet more strongly as it’s working on a more internal, subconscious level.

It is often not until a retrograde cycle has completed that we are able to piece together what we what we have to clear in order to move forward.

During a heavy retrograde period like this, the energy of the cosmos becomes slow and instead of trying to push ahead, we have to instead look to our past and how our actions, attitudes, and beliefs are manifesting in our lives.

The Universe wants us to focus what is already on our plates and what we have already set in motion. In fact, trying to push ahead with so many planets in retrograde may make you feel that you are taking one step forward and two steps back.

Each planet gives off its own energy and vibration when in retrograde, but having so many planets retrograde at the same time may make it difficult to differentiate which is which.

Here is a short overview of each retrograde planet and the effects we may feel during this season: 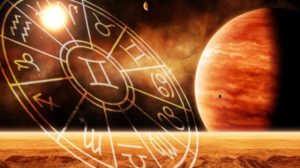 Mars is the most significant of these retrogrades as it retrogrades the least and its effects are much more noticeable. Mars retrogrades only once every 1.5 years or so, and when it does it really challenges us to assess and review the direction of our lives. Mars will retrograde through the sign of Aquarius and Capricorn, and under this energy we are going to be guided to really go over the past and to reflect on how our actions have been serving or hindering us. 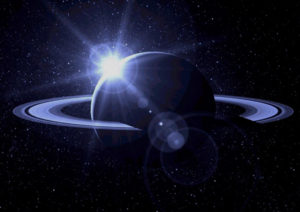 Saturn will be retrograde in Capricorn for at least half of the year so we have time to adjust to the energies. Saturn retrograde has been guiding us to focus on what we want to take responsibility for and where we need to set boundaries in our lives. Under this energy, Saturn will really be drawing our attention to whatever we need to step up and take ownership of in order to create the life that we desire. We may have to look over our past actions, or dig through old childhood patterns in order to find our way forward. 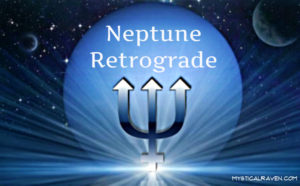 Neptune is retrograde for nearly half of the year so we don’t feel these effects as strongly. We also have time to adjust to the energies. Neptune is retrograde in the sign of Pisces, and will be helping us to come to terms with our spirituality. We may have new ideas or understanding around our spirituality, or we may even feel confused about what we believe in. After turning direct, clarity usually follows and we may receive a new understanding. 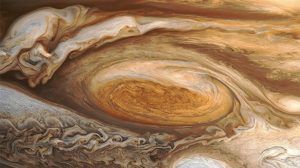 Jupiter retrograde will be guiding us to think about bigger, global causes and how we can make changes that impact the greater good. As Jupiter retrogrades through Scorpio, issues around sexuality and gender equality may come to the forefront. We may also be guided to assess where we need to think bigger in order to get where we want to be. 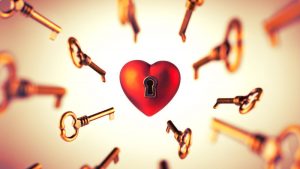 Pluto is also retrograde for most of the year which is why we don’t feel the effects of this retrograde as strongly. Pluto is retrograde in the sign of Capricorn and is going to be helping us to dig through any skeletons in the closet and to release them once and for all. Secrets may be revealed, or you may receive a new understanding or a new truth during this time. Pluto retrograde touches us all differently, but essentially some type of death and rebirth cycle will take place. 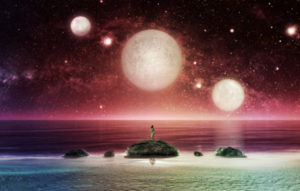 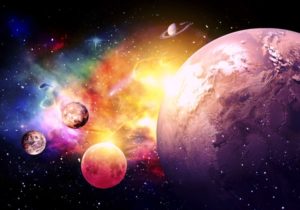 Uranus goes retrograde until 2019 through the signs of Taurus and Aries. Under this retrograde energy we are going to be clearing and wrapping up lessons from 2008, when Uranus first entered Aries. As Uranus travels out of Taurus and back into Aries, we will be given any final lessons or gifts, and we will be really encouraged to start a new chapter and a new cycle. After turning direct, Uranus in Taurus will present us with new themes and lessons for the new year.

Collectively, all of these retrograding planets and energies are going to be guiding us to consider our actions and what choices we have been making in our lives so far.

Have we been letting people walk all over us or have we been setting firm boundaries?

Have we been speaking our truth and communicating clearly or have we been lying or avoiding the truth?

These are all things we are going to have to ponder during this period of retrograde activity.

After the end of August, things will start speeding up again and we will be able to begin taking more forward moving action.

It is also worth mentioning that Venus will go retrograde from October 5 until November 16. While this energy won’t slow things down as much as Mars Retrograde, it is a very clear sign from the Universe that we are being asked to really be in review and assessment mode for the rest of the year.

As 2018 is a year to build and establish yourself, it makes sense that we would really be encouraged to go over things and review actions we have taken so far.

We are all in the mode of preparing our foundation and building things up brick by brick. We may not be able to see the finished product just yet, but a skilled builder knows that it’s all about creating the perfect foundation and ensuring that the bottom bricks are strong enough to hold whatever is going to go on top.