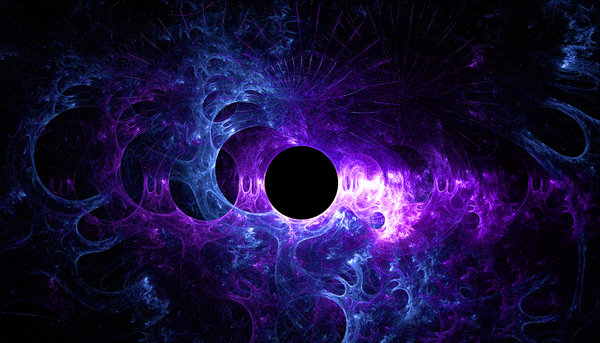 The time between these two pairs of Eclipses is considered the Eclipse Gateway, and is a period that usually lasts for about 2 weeks.

The Eclipse Gateway is one of the most potent and magical times of the year because the energy of both Eclipses merge, forming a bridge between one state of consciousness and the next.

Eclipses are always huge points of growth, awakening, and change, so this moment in between the two Eclipse pairs is really a time of transformation and renewal as well.

The Eclipse Gateway can also carry a slightly different flavour depending on the astrological signs of the Eclipses as well.

The Gateway Between a Lunar and Solar Eclipse

When you are walking the Eclipse Gateway between a Lunar Eclipse to a Solar Eclipse, usually there is a theme of release and letting go in order to make space for the new.

Lunar Eclipses have the ability to pull and drag things out of you, almost like the Moon’s gravitational pull helps to pull things out that have been buried deep within.

This “pulling” or “drawing out” energy helps you to release things that are no longer serving you and can bring old thoughts, patterns, and beliefs to the surface in order to be cleared.

As you walk the Eclipse Gateway after a Lunar Eclipse, it is likely you may feel drained and lethargic. You may also feel the need to go within, reflect, and spend time on your own.

Hidden truths and feelings may also come to the surface, and you may have to deal with old wounds that you had pushed away or forgotten about.

Lunar Eclipse’s always challenge us to dig a little deeper and push a little further so we can create more awareness around our thoughts and habits, and this is something that definitely intensifies as we move through the Gateway.

Lunar Eclipses can also bring endings, and these endings often occur during the Gateway period itself.

As you move closer to the Solar Eclipse, a sense of lightness usually follows, and you may even start to feel space being created in your life.

Ending with a Solar Eclipse, indicates that the month’s ahead are all going to be focused on creating the new, and filling this new space in your life with something more positive and aligned.

The Gateway Between the Solar and Lunar Eclipse

When you are walking the Eclipse Gateway between a Solar Eclipse and a Lunar Eclipse, the energy is slightly different.

While a Lunar Eclipse pulls things out, Solar Eclipses draw things into your life and help you to create and direct your life in a new way.

Starting with a Solar Eclipse is a sign that you need to put your dreams into action, and go after what it is that you really want.

It is a sign that you need to get more action based energy into your life and to align so your words match your actions.

As you walk this Eclipse Gateway, there is often a feeling of support around starting new things and a sense of being guided as you take the next step.

This is a very high energy time, and it is likely that you will feel a burst of energy and inspiration following the Solar Eclipse.

As you get closer to the Lunar Eclipse however, the energy begins to shift and you start to become aware of what is blocking you from being able to move forward.

You may have your dreams and all your plans laid out, but the Lunar Eclipse will alert you if there are things that need to be cleared before you can move forward.

Ending on a Lunar Eclipse, indicates that the theme will really be coming to terms with what needs to go and what needs to stay in order to make your dreams a reality.

In order to navigate through this, the months ahead may require you to go within and reflect, so you can draw out and release all that is blocking you from leading the life you desire.