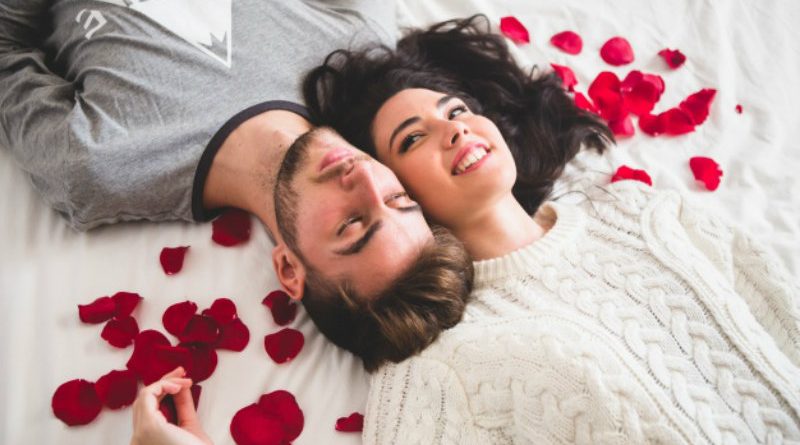 Incompatible couples who are amazing in bed together!

Just because two people are incompatible relationship-wise doesn’t mean that they can’t have a lot of fun in the bedroom. There are plenty of couples who are driven together by their lust for one another. They have incredible passion for each other and they are able to sustain that passion with immense physical intimacy. Of course, this kind of passion is not sustainable in the long-term especially when the real compatibility issues start to arise. But that doesn’t mean that these couples aren’t allowed to have as much fun as they can while they’re still together.

A lot of the times, the reason for these compatibility issues is the alignment of the stars. Sometimes, no matter how much we want things to happen to us, the universe might still have other plans. For this particular case, we have to turn to the Zodiac signs. There are just some Zodiac pairings that will find it immensely difficult to sustain a relationship. This is no fault of theirs. It’s merely due to the clashes that they have which are brought about by their inherent personalities. But again, that doesn’t mean they can’t try to work things out especially when they are passionate about one another. They might even become exceptions to the rule. Here are some Zodiac pairings that are downright incompatible even though they are passionate about each other.

The relationship between a Taurus and a Leo can be best described with these words: emotional and passionate. They compose the kind of couple that most people just absolutely hate being around. They are the ones who aren’t particularly shy about public displays of intimacy. They are both incredibly sensual beings and it really shows. However, their clash lies on their inability to own up to their own faults. They are both very proud creatures and both are reluctant to apologize for anything.

Both the Pisces and the Libra have very optimistic and positive outlooks on life. Some would say that they are even devoid of any sense of realism and negativity. This fact is what initially brings these two together. They are both attracted to pure positive energy and so they absolutely enjoy being around one another. However, the relationship is still going to end up doomed because in this case, two positives don’t always make a positive. Sometimes, people need a healthy dose of realism in their everyday lives just to keep them from flying too close to the sun – and the Libra and Pisces are unable to do that for one another.

The individual quirks and downright eccentric behavior that these two signs espouse are defining factors of their attraction for one another. They are known to be incredibly deep people who are fond of complex and stimulating intellectual discussions. They are freethinkers who aren’t afraid of talking about complicated topics and they are always drawn to various shared interests. However, they can’t be compatible because the Aquarius tends to see itself as a creature above others. The Scorpio, on the other hand, has a natural aversion to authority and higher power. This is why it can be hard to sustain a relationship between these two signs. There are just too many opportunities for conflict.

A lot of the things that happen in the lives of these two signs are extrinsically motivated. They rely and depend too much on luck and on the temperature of particular situations. The Sagittarius is known to be very ambitious, motivated, and hardworking. They are the types of people who keep their heads down and their legs strong as they push towards their dreams. In contrast, the Pisces is known to be very lazy, passive, and dependent on others. While a Sagittarius may have no problem compensating for a Pisces’s inactivity at first, it can’t be a sustainable way of going about a relationship. The Sagittarius will eventually burn out and the Pisces will fall into deep holes of laziness.

You can never really predict how a Cancer is going to behave given a particular situation. They tend to shift moods faster than the blink of an eye. One minute, they can be perfectly jovial, celebratory, and happy – and on the next, they can be severely depressed and feeling negative about the world around them. The Gemini is the same way but with logic, instead of emotions. They are very indecisive creatures, and it takes a while for them to really come to a decision about anything. This sporadic behavioral mindsets can prove too much for their relationship to handle. There’s just too much instability there and any relationship would be lucky to survive it.

Two strong personalities. Both are exceptionally brilliant, talented, driven, and hardworking. They have great motivation to find success and greatness in life. They have limitless potential and they are never ones who shy away from a fight. Their desire to take part in great ventures is what will unite them, but their unwillingness to budge or stray away from their individual paths is what is going to drive them apart.