These are the red flags Jen Waite wishes she knew when she first met her ex.

The word “psychopath” sounds scary. It conjures images of Hannibal Lecter wearing a muzzle, and Lizzy Borden swinging an ax. But even more chilling? Most psychopaths appear just like you and me—only they’re especially charismatic. I know. I was married to the “perfect” man … until I found out he was leading a double life right after the birth of our daughter.

Since then, I’ve made it my mission to help others who find themselves in a similar situation. (I’ve written a memoir about my marriage, and plan to attend graduate school to become a licensed therapist, specializing in recovery from psychopathic relationships.) People are often surprised to learn that not all psychopaths are murderers. But they do destroy—lives and families. And they do it slowly, often while acting out the role of the Prince (or Princess) Charming you’ve been waiting for entire whole life. My Prince Charming was the most charming of them all. Until he wasn’t.

The good news is that there are red flags that can help you identify a psychopath early on in a relationship. Based on my experience, these are 10 signs your partner may not be who you think.

Being with her is the best thing ever. Always.

Does it feel like after years of living in black and white, you suddenly see the world in bursting color? Does your other half make everything seem exciting and fresh—all the time? When a psychopath is pursuing a new relationship, she puts you up on a pedestal and turns on massive amounts of charm, enough to leave you breathless. But that stage doesn’t last: In an article for Psychology Today, clinical neuropsychologist Rhonda Freeman, PhD, noted that psychopaths exhibit a “predictable cyclical style” of relationships: “They idealize, devalue, and then discard their partners, with no concern for the pain they leave behind.”

You rarely, if ever, fight

There’s nothing to argue about because he agrees with you on everything, from life goals to takeout orders. This feels amazing, so of course you want it to be normal. But it is not. Two non-psychopathic human beings will, once in a while, disagree and even fight. And that’s ok. Because it’s natural to have different opinions, emotions, likes, and dislikes. 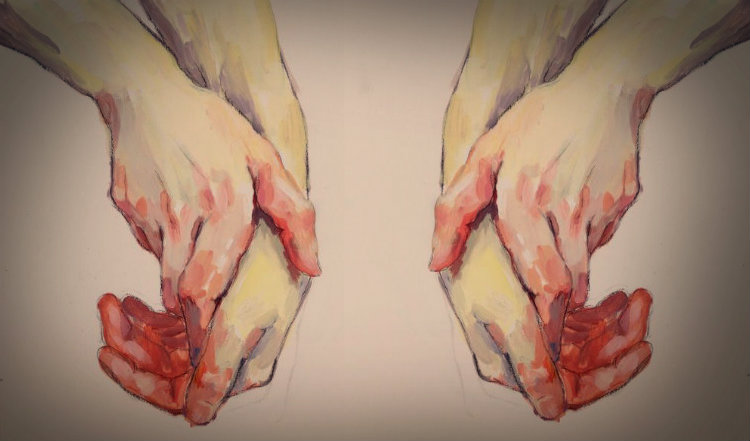 Ahhh, l’amour. When two become one, right? Wrong. Psychopaths use a tactic called “mirroring” to reflect back to you exactly what you want in a mate. As Adelyn Birch, author of Psychopaths and Love, describes it, “psychopaths are able to so perfectly mirror you and figure out your needs and desires that they appear to be the perfect person for you.” Seems totally romantic until you realize it’s totally creepy.

Has there been a series of horrid breakups and crazy exes?

Everyone has a past, but if he often diverts your attention from his bad behavior with sob stories, consider it a warning sign. This is called the “pity play” and, according to Martha Stout, author of the Sociopath Next Door, it’s potentially the single biggest red flag. In her book, Stout writes that if “you find yourself often pitying someone who consistently hurts you or other people, and who actively campaigns for your sympathy, the chances are close to 100% that you are dealing with a sociopath.” 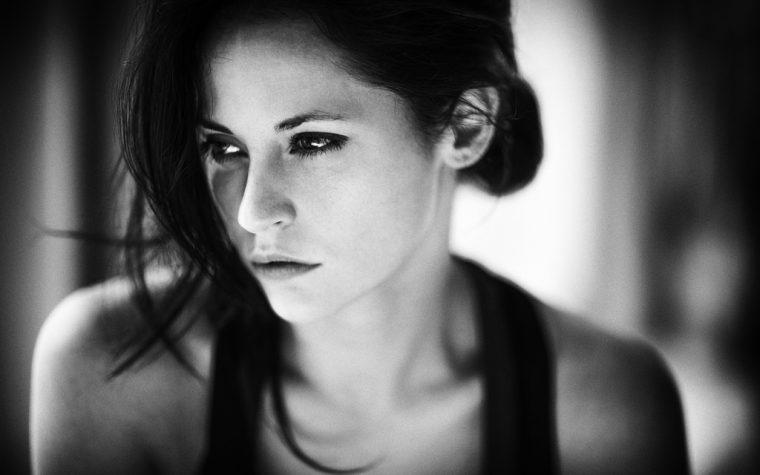 Is your partner’s past somewhat murky? Do you find it a bit odd that she doesn’t seem to have any childhood friends? A psychopath life hops. In other words, once she has burned a bridge (which happens often), she sheds that life and moves on. She isn’t able to maintain long-term relationships because eventually, she exploits everyone who crosses her path.

Yours is a forbidden love

Did your affair start out as an emotional rollercoaster, hot and heavy with a tinge of danger? Did the danger have to do with some form of competition? A psychopath will try to play you off someone else in his life—whether it’s his wife, an ex, or even a family member—to make himself seem more desirable.

This is called triangulation. In his book The Art of Seduction, Robert Green explains how psychopaths “manufacture the illusion of popularity by surrounding themselves with members of the opposite sex: friends, former lovers, and your eventual replacement.” Then, they manipulate you by creating “triangles that simulate rivalry and raise their perceived value.” 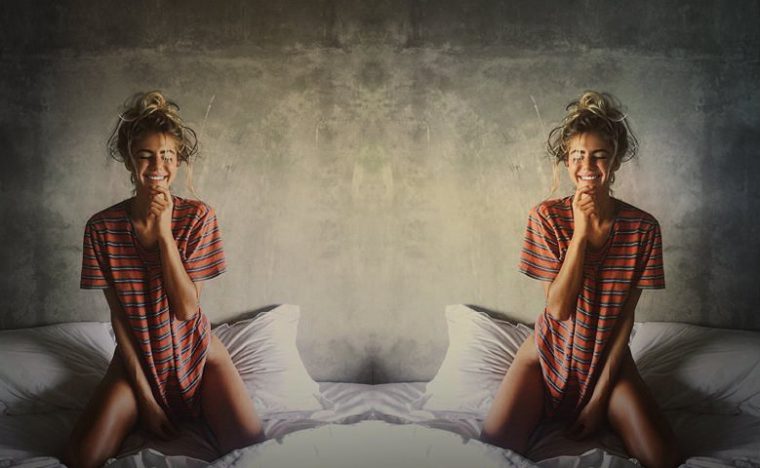 You love her wild side

Hanging with your soul mate is always an adventure. But there’s a big difference between a woman who makes your heart flutter and a psychopath with a lack of impulse control and regard for consequences. Impulsivity is one of the key traits used to diagnose psychopathy As Robert Hare, PhD, writes in his book, Without Conscience, “[t]he most obvious expressions of psychopathy—but not the only ones—involve the flagrant violation of society’s rules. Not surprisingly, many psychopaths are criminals, but many others manage to remain out of prison, using their charm and chameleon-like coloration to cut a wide swathe through society, leaving a wake of ruined lives behind them.”

A bit of spontaneity can be a great thing, but repeated reckless behavior is a sign that something’s amiss.

You think you will be the one to save him

Has your tragic Prince Charming ever gazed at you with puppy dog eyes and told you he never thought he’d find happiness because he’s just too damaged? After the swelling music fades into the background, let’s think about this for a second….Do you really want to be with someone that you need to save, or change? A healthy relationship consists of two adults coming together as already whole beings and complementing each other.

In an interview with the Associated Press, psychologist Sue Stone, PsyD, explained that “[Psychopaths] have a parasitic lifestyle—they live off people.” If you feel like you’re giving a lot of yourself to your partner, it could be that he’s sucking the life from you. 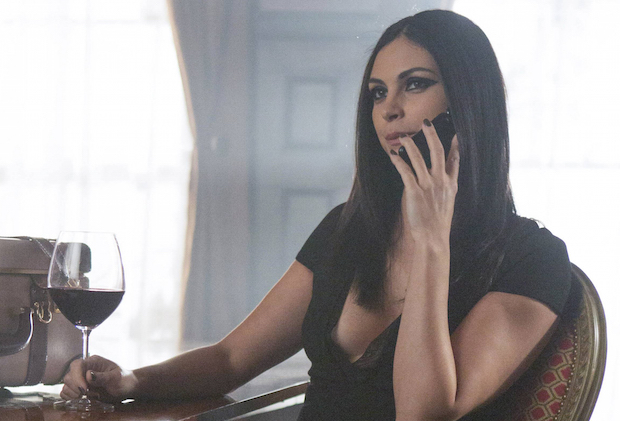 She is wonderfully convincing

Have you watched her lie to another human being—even if it was just a white lie—without blinking, and cool as a cucumber?If so, stop right there. If you notice your partner unflinchingly and convincingly distorting the truth, it’s only a matter of time before she starts deceiving you, too.

It feels nice to be showered with positive attention. But does your boyfriend seem a littlecarried away? Being idealized by a psychopath is infatuation on steroids. Psychopaths “love-bomb” their targets to manufacture a false sense of intensity and intimacy. In Psychopath Free, Jackson MacKenzie explains the tactic: “[Love-bombing] quickly breaks down your guard, unlocks your heart, and modifies your brain chemicals to become addicted to the pleasure centers firing away. The excessive flattery and compliments play on your deepest vanities and insecurities—qualities you likely don’t even know you possess.”

We want the fantasy to be true, so we ignore that tiny warning voice in our heads. But fast and furious is not a real way to get to know someone.

It is disturbing and frightening that psychopaths share so many traits with the popular notion of a “perfect” man, as I painfully discovered. But the good news is that there are always red flags. And if you know what to look for, you can keep yourself safe.

Jen Waite is the author of the new book A Beautiful, Terrible Thing: A Memoir of Marriage and Betrayal.