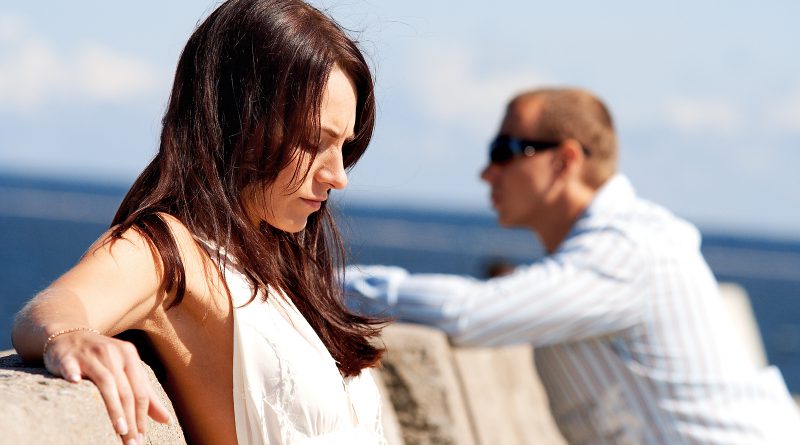 What is an Alpha Male?

In today’s day and age, because most of us do not live in tribes anymore, the alpha male might not be as OBVIOUS, so that’s why I believe signs are more important.

Thousands (even millions) of years ago, it was obvious who the alpha male was; he was the guy who lead the tribe, who got the pick of ALL the women, and fathered most of the tribe’s population!

But of course, other men hated that because they didn’t get the opportunity to pass on their genes; one man commandeered all the female reproductive resources; so of course, the society we have today works MUCH better for most of us; where, for some of us, we can be UNEMPLOYED and still pass on our genes.

Here is how I define an Alpha Male

In today’s day and age, signs that a man is an alpha male are signs that he has a strong masculine energy; that he is not afraid to be dominant and to hold his ground.

Just because a man is an alpha male doesn’t mean he can’t have a well developed feminine energy, too. Remember that! It’s simply because he’s more multi-dimensional.

Dominant, BUT in what Way?

Now for some men, they’ll be the ‘dominant asshole’, which isn’t necessarily a bad thing; it depends how he shows up as that asshole. And some women still like this type of man, and it works for them, which is great!

Or, you get the (rare) enlightened man who is spiritual and still very clearly alpha; or has a strong masculine energy. These men are rare; and it takes a well developed feminine energy to create attraction and develop a relationship with this type of man. (Get your “Goddess Report” here)

And sometimes, it’s hard to tell what man is what, so that’s where some indicators come in really handy!

Here are the 5 indicators that a man is not an Alpha Male:

1) When socializing and talking, he often talks in a way that puts other people down.

For me, there really is no faster indication that this man has a very weak masculine energy. Not only because he’s insecure, that’s not even half of the reason! The reason why this is a sure-fire indicator that a man is not an alpha male is because alpha males are far more centered and focused than that! In order to look to put others down indirectly or directly, it just shows his lack of ability to focus and the lack of direction in his life.

Men who have a sense of mission, and who are focused, don’t have the brain space to look for ways to gossip and TALK about how other people are less than, or are losers.

Plus, lengthy discussion and gossip is something women do. Look out for this one. I really can’t stand men who gossip in a way that puts other down; because I can feel their lack of authenticity.

Sure, sometimes we all have to gossip and maybe tell it like it is; but there’s a difference between telling it like it is and having most of what comes out of your mouth be a put down or criticism of other people. Gossip is a form of sharing of feminine energy – not a strong masculine energy.

2) Other women don’t pay attention, and aren’t interested in listening to him when he speaks.

An alpha male more often than not, has the ability to engage people and is not afraid to engage people. Always take a man out with some of your girlfriends. Firstly; if he cares about you; he won’t avoid it.

If he comes along, observe what he’s like with your friends. It’s not a secret that if a man is standing and talking, and a few women are looking at him, his attractiveness to women automatically goes up incredibly, studies have proved this, and it is in the subconscious female mind.

It’s a kind of ‘pre-selection’; ie: other women are willing to give him the time of day; other women like him, which means A LOT in the female mind when it comes to choosing the best man. It also helps you feel more secure choosing him.

Any man with a strong masculine energy will listen to a woman’s opinion, but take it in to consideration.

An alpha male is so strong in his choices; and he is so stable in his own choices that other people’s opinion only count for so much. HIS choices matter the most.

If he’s seeking approval from other women especially, then observe carefully.

The way I learned this was through my ex. This is a very extreme example. It’s almost….too weird to share. But I’m ok with that.

I used to have to reassure him that his jeans looked ok on him. Not once. Not even twice, and no, not thrree times, but over and over again! Yikes!

See, I know what a bad idea it is to be the man in a relationship when it isn’t natural for you (and it definitely wasn’t natural for me). No wonder I couldn’t stand him; I stayed because I didn’t know any better. AND because I thought it was cool to have everything ‘under control’. Thank Goodness I now know better. (read my article about how to get out of your painful relationship now)

4) He never knows where his keys and wallet are.

You can test this out with a (literal) and fun test, if you are far along enough in the dating process to be able to do this. Have his back turned to where his keys and wallet are and in a playful and excited voice; ask him: “without looking around, where are your keys? And also where is your watch?”

Are you wondering what this has to do with anything? Well; A LOT! Think about it….masculine energy is very directed. A man can’t be a hunter, or fight at war, or take charge of anything if his mind and eyes are lazy and wandering all over the place; he has to have some sort of direction.

I don’t care how long ago men were hunters; it is in their DNA, males have (over the course of millions and millions of years) trained themselves to properly and efficiently hunt.

And a man who is mostly living in his masculine energy and who has a strong masculine energy, will KNOW where he keeps his keys! Why? Because his keys are the reason he can GO or drive anywhere, in the direction he wants to go.

If he loses things all the time; do you feel good? Do you trust him? Or do you just think he’s cute?

Remember that masculine energy is directional – it knows where it’s going; and if it doesn’t, it finds out – or pretends to know, at least for that moment ???? A man with a weaker masculine energy most of the time; won’t mind you telling him where to go, and he’ll relax and enjoy that. An alpha male or a very masculine man will probably ignore you instead if you tried. And thank goodness! Finally! A man you can respect!

So…..Where or when does he have any time to actually take the problem at hand and deal with it?

WELL! He’s not even looking to deal with the problem. He just wants to blurt a bunch of complaints out. Good for him! But maybe not so good for you if you want a passionate relationship with him!

Talking through things and being hurt and upset or even complaining is what you and I do together, as women, because our natural feminine instinct is not to solve any problems. Connection is the lifeblood of the feminine.

If you are in a long term relationship

If you are in a long term relationship right now, take these 5 indicators LIGHTLY. They do not hard core apply to YOU all the time, because when you spend THAT much time with someone, you realise that we all have moments where we slip in to different roles and he might have done something once or twice that indicated he was a beta male but really he isn’t. (Click here to complete the quiz “Am I Dating a Commitment Friendly Man?)

And that is normal, and natural and there’s nothing wrong with that. Just like you show up in your masculine energy sometimes, no matter how beautifully feminine or motherly you are 80% of the time.

This post is for you if you are single and dating and want a strong alpha male and want to sift through the men who perhaps won’t be that strength for you when you need him to be. I don’t know about you – but I know when I was dating, it was INCREDIBLY helpful to have signs to go by, before wasting time with someone who isn’t right for you.