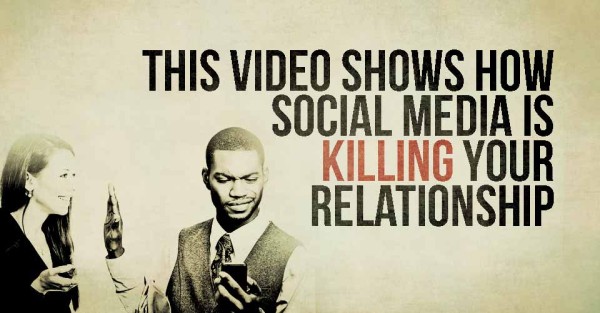 People used to say, “I love you so much, I want to shout it from the rooftops!” It still is something occasionally overheard today, but our “rooftops” have become social media.

We use Facebook, Twitter, Instagram, etc. to express our love and happiness about our partner, but we also use those outlets to express our sadness, frustration, and anger as well. Now, I’m not saying that every person does this, but I have seen more than a few people on my news-feed rambling on about how much they love so-and-so (accompanied with about 14 pictures of them together), and then something happens. Usually, a vague status will follow this barrage of euphoria, and the descent takes place. I know you’ve seen it happen. If someone is unhappy with their partner, they feel the need to let the whole world know. And of course, their friends are the best relationship experts (you can tell by the helpful advice they leave on the comments).

This type of behaviour can seriously damage a relationship.Communication is vital for any relationship to succeed. If you want your partner to know how you feel, perhaps telling them is a good place to start. And maybe keep some things just between the two of you.

Dr. Bernie Hogan, from the Oxford Internet Institute, had this to say on the topic:

” …Social media still operates as a signal of ties of strength in relationships. However there may be a cut-off point after which the increasing complexity of maintaining so many separate communications threads starts to undermine relationship ties.”

Head of Communications and Quantitative Social Research at theUniversity of Maryland, Brian Butler, has written several pieces on the subject of social media. In one such publication, Social Media and Relationships, he writes:
Read: 10 Things You Could Do With the Time You Spend on Facebook Every Day

“Conflicts over personal disposition (e.g., one of the parties being inconsiderate) or specific behaviors (e.g., being late) may matter less in social media systems, while too much interaction can be perceived as disturbing and result in a relationship being dissolved. Individuals are also more likely to formally end a relationship because of the information overload caused by a partner’s extensive communication activities, such as a constant stream of Twitter messages or Facebook postings. Under these conditions, the individual wants the stream of uninteresting, boring, or otherwise undesirable communication to stop and achieves this by withdrawing from the relationship.”

Yes, too much “sharing” can result in the end of a relationship.

The following short film, titled Relationship Status: Online, gives us a glimpse of what this process is like, but with a slightly different ending. Perhaps seeing this behaviour from an outside perspective can help change some of those patterns that have been created all too easily.

It’s okay to connect with lost friends, catch up with family members, and share the things that are important to you- as long as it is not at the expense of nurturing and deepening your real-life relationships.