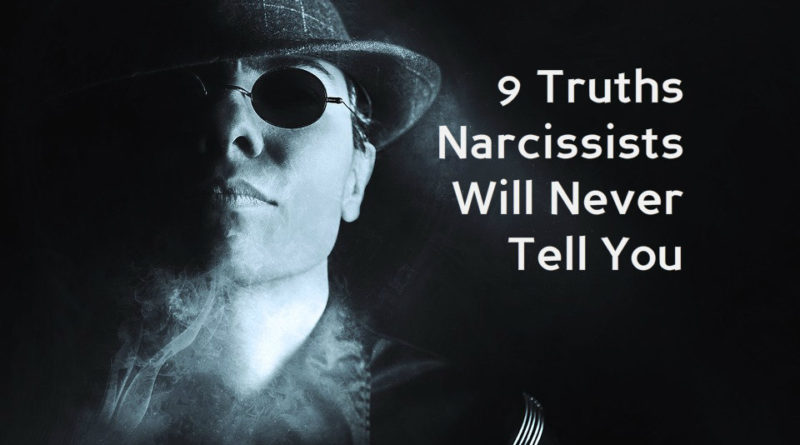 Narcissists dwell in an alternate reality. They value winning, feeling superior and being the center of attention instead of compassion, equality or empathy.

Most narcissists are profoundly insecure. Desperate to avoid feeling ridiculed or not good enough, they try to disguise their insecurities by manipulation and distraction. The last thing they want is to be open or transparent about their motives.

If narcissists were to be completely honest about how they approach life, they would likely admit the following:

The truth is whatever I say in the moment. I will change it whenever it suits me. I don’t need to be consistent. When I speak, I act 100 percent certain of what I am saying. It’s amazing how often I convince people I am right by speaking with absolute certainty.

I love taking credit but I have no interest in taking responsibility. I never apologize or admit I am wrong. That would appear weak.

I am largely unaware of how my actions affect others. Truth be told, I don’t really care. If I get what I want, all else is collateral damage.

I have a bottomless hunger for attention and respect. Whatever you do for me will never be enough. However, the longer I can keep you trying, the better for me.

I consider people disposable. I can be secretive, deceptive, undermine you, or withdraw for no reason. If you ever leave me I will replace you as soon as possible and never look back.

I seek status, not equality; and victory, not fairness. I view most people as either threats or suckers. I consider few people to be my equal. Winning is everything to me. If I feel slighted I will attack you for being unfair. However, I have no intention of playing fair with you.

My image is all-important. Appearances matter more to me than substance. I’ll do whatever it takes to look good. If that’s at your expense, too bad.

I feel entitled to do whatever I want. Normal rules and limitations don’t apply to me. Anything goes, if it makes me feel good about myself.

I am mortally afraid of feeling humiliated. I can’t stand being seen as flawed, inferior, weak or a “loser.” You will pay dearly if you ever do anything that makes me feel that way.

While we can have compassion for narcissists and their emotionally barren inner worlds, it doesn’t mean we should allow them to take advantage of us. Recognizing the methods and motivations of narcissists can help you gain perspective and protect yourself.

For example, instead of wondering “Why did he do that?” you can come to see “Of course! Once again, he needed to be the center of attention.” Instead of asking yourself “How could she say such a thing?” you can recognize “There she goes again, puffing herself up by putting others down.”

Knowledge is power. The more you recognize narcissists’ alternate realities, the less confusing their behavior becomes.