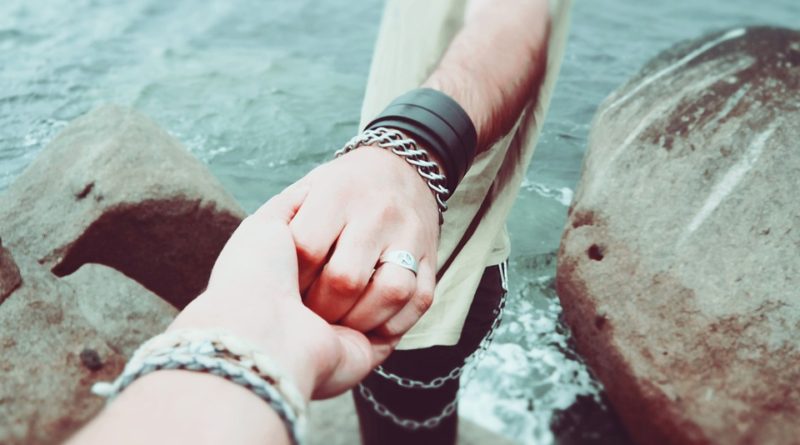 “He won’t let me go” I have heard this so many times from women who come to me for advice. In the midst of battling the reasons whether they should stay in their relationship or if it is time to walk away, they find comfort in believing that the man must love them because he refuses to bow out peacefully.

A lot of times what is really happening is that you’re just too darn convenient. You are too beneficial to this man for him to dare let you walk away. We all see women everyday who basically are the mothers to the men they are with. They do it all and physical benefits are included. They take care of everything, carry the financial burden, and allow the man to get away with way too much. He can cheat on her and disrespect her. He can break her mentally, emotionally, and spiritually. Yet because he insists that he wants to be with you when you’re ready to leave you actually start to buy into the “he won’t let me go, so he must love me” perception.

If he really loved you he would not do half the things I just listed. He would not wait until you’re ready to leave to finally step up his game (he will step it up long enough to reel you back in but then it is back to the same old negative behavior). If he actually loved you then his heart would weigh heavy on him when he knowingly and continuously brings you stress, unhappiness, and hurt. A man who loves his woman cannot continuously watch his woman in pain and be OK with it. Some situations are not this extreme but the principle remains the same. He keeps you around and fights for you because you’re his meal ticket. So why would he let that go.

Love has nothing to do with it and a woman needs to be honest with herself. She should not continue to feed herself a lie due to her fear of a failed relationship and being alone. At the end of the day, I nor does anyone else have all the facts to your situation. So our opinions are somewhat limited. As a woman you have to trust your intuition more because rarely does a woman not know the answer deep inside.

If you’ve found yourself wondering, “Why won’t he let me go if he doesn’t want me?”, here are 6 things you need to know about removing yourself from this type of relationship.

1. Understand that the two of you run on different operating systems.

You desire connectedness, intimacy, commitment, longevity. He desires those things when you’re running away. But when you come close and offer them, he feels suffocated, panics, and either bolts or sabotages the relationship by criticizing, moping, being unreliable and/or cheating. What works for you does not work for him.

Remember, “Trust is earned, not given.” If you decide to give your guy a second chance because he swears he’s changed and wants what you want, go slow. Yes, make-up sex can be as incendiary as the fireworks at the Beijing Olympics, but it’s not an indicator anything has changed.

Richard Gere came to his senses after he dumped Debra Winger. He rushed to her factory to whisk her away to a future with him as loving, sexy and pouncy as a cat-on-a-hot-tin-roof. It’s a fantasy as intoxicating as Sleeping Beauty and Snow White. But the reality is, the only thing Debra Winger probably got to keep was his hat.

4. Believe what he does, not what he says.

When your guy comes crawling back, tears in his eyes, broken hearted, he’s liable to say anything to get you back. The really tricky part is he probably really means it. But once he has you back, he feels suffocated and smothered all over again.

5. Don’t find excuses for his bad behavior, and don’t blame yourself.

In general, those of us attracted to commitment-phobic asshats have an overabundance of empathy and the tendency to misplace responsibility.

This is left over from childhood. Little kids think they’re the cause of everything that happens to them, both good and bad. The brain stem at that time is underdeveloped and doesn’t understand the concept that the child isn’t the center of the universe.

So if we’ve had volatile upbringings — parents with addictions of any kind — we often take that feeling of being the cause of the problem into adulthood with us, leaving us vulnerable to chaotics, addicts, narcissists, commitment-phobes and the like.

Take a look at your guy’s past. Did he leave a trail of broken hearts? Then you are most likely not responsible for his commitment-phobic behavior.

6. Take care of yourself.

When a toxic ex comes back broken and bleeding from missing the relationship he detonated, it’s in our nature to rush in and fix it. Notice when you have that impulse and doubt its validity.