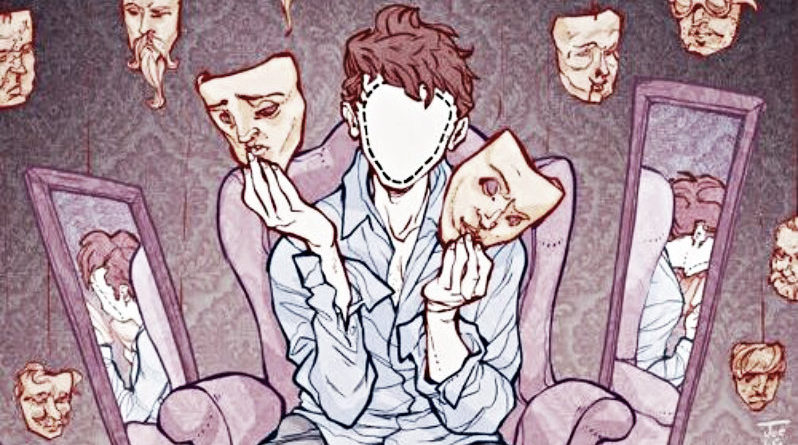 A covert narcissist is the worst kind of narcissist there is. Like a stealth bomb, you can’t see them coming until they have left their destruction.

There are countless articles written on the psychology of narcissism. The reason that it’s so highly researched is that someone who has narcissistic tendencies can do so much damage to the psyche of those around them, seemingly without having any idea of what they’re doing. Masters of manipulation, it’s almost inspiring to see the way they do what they do so flawlessly.

There is something to be said about allowing someone to overpower you when you know better and see the signs. But it’s something entirely different when you don’t even see it coming. This is why the covert narcissist is a whole new breed of a narcissist. As if it isn’t bad enough that they manipulate you, make you feel bad for just about everything, and that everything is your fault, by the time you know what’s going on, you’re so sucked in that it becomes difficult to find your way out.

Covert narcissism is one of the most extreme and damaging forms of narcissism that you can encounter. The thing that sets these narcissists apart is their highly defensive nature and being emotionally vulnerable, seemingly without any exterior trace of the planning and plotting in which they engage. Unlike other forms, the covert narcissist is like a stealth bomb—they come without any warning and destroy everything in their wake.

The 25 characteristics of a covert narcissist

A narcissist is someone who can take a toll on your sensibilities and your self-esteem, but a covert one can take a toll on your sanity, too. Many characteristics that are specific to covert narcissism are more difficult to spot. To maintain your self-esteem and your sanity, look for these signs that you’re in a relationship with someone who is keeping their narcissism under wraps.

#1 They are overly critical. Because they have so many insecurities of their own, they have a tendency to be overly critical of those around them. Projecting their own weaknesses onto those in their path, they can leave you to feel stupid, unwanted, or insignificant.

#3 No matter what happens, you always feel at fault. As upset as you are with them, if you confront them or get into an argument with them, they manipulate the situation with such mastery that you end up feeling at fault and apologizing. A covert narcissist knows exactly how to spin something to make you feel like everything you were thinking is wrong, even when your own common sense and logic tells you otherwise. This tactic can be so mind-manipulating that you can start to feel like you’re going insane.

#4 They leave you feeling empty in your relationship with them. No matter how long you’re with them, you can feel alone and lonely. Regardless of the time you are together, the experiences that you share with them and the closeness that you crave, it always feels as if something is missing or isn’t quite right.

#5 They don’t care if they have to lie, steal, or cheat to get what they want. A narcissist sees everyone in relation to what they can do for them. Not really caring about anyone but themselves, everyone and everything is merely a tool to get what they want in life. They are not above lying, cheating, or stealing in order to make themselves feel better, more powerful, more admired, or more wealthy

#6 Stubborn and dogmatic, they only will concede if it gets them something. Getting an apology from a covert narcissist can only be accomplished if they want something from you or if it’s part of their end-game. You can argue with them until you’re blue in the face, but even when you get an apology, it’s empty. They don’t mean they are sorry; they mean that they stand to gain something from the concession, not that they believe they’re wrong.

#7 There’s something empty and uncaring about them that you can’t put your finger on. There’s no way to get close to them in a relationship. As if there is a protective layer to them that you can’t penetrate, things never seem quite right or real when you’re with a covert narcissist.

#8 They lack empathy. It makes no difference if it’s you or someone in a third-world nation who is starving to death, they have no ability to empathize, so they never feel sorry for anyone.

#9 They want the good things in life and are envious if anyone else has them. A narcissist rarely wants what they have; they are constantly in the market for what everyone else has that they deem important or worthy. They could be the richest person in the world and still envy others for something more than what they have.

#12 They will play the victim often and well. A covert narcissist will make you feel sorry for them, no matter what the truth of the matter is. Everything is someone else’s fault, and they are always merely an innocent bystander.

#13 They will blame everyone for their mistakes and misfortune. They seemingly have no control over anything they do or anything that is done to them. All of their misfortune is someone else’s fault because they bare no responsibility for their actions.

#15 Whatever they’re feeling, they will project it onto you. They are experts at projecting any negative feelings they have onto the people in their lives. By making you feel bad, they make themselves feel better.

#17 They are highly sensitive and over-reactive to criticism of any type. If you criticize them, they will overreact, and their anger is quick. Always needing praise and admiration, if you challenge them, they will attack to regain their dominance.

#18 They will engage in high-risk activities to get attention. Attention is the goal at any cost. If they have to do something dangerous or engage in risky behavior, the result is always greater than the danger of the act. There is nothing they won’t do to get the attention they crave.

#20 They usually target those weaker than them. A covert narcissist will target anyone they think they can manipulate, whether they are strong or weak. But weakness is easier to dominate, so they very often choose highly sensitive or insecure people to be with.

#21 Although not empathetic, they know what you need and will play it against you. One of their biggest strengths is knowing what someone needs, and holding that over them to get what they want is one of their favorite manipulations games.

#22 They’re very jealous of others whom they admire. We are all jealous at times of successful people in our lives, but the covert narcissist is consumed by envy and jealousy. Not being able to see what they have, they are always searching to get something more.

#23 They will make you look bad to make themselves feel and look better. Working behind the scenes, a covert narcissist will often talk badly about the person they are closest to. Having to paint themselves as the martyr, the only way they can make themselves look good is by making everyone else look bad. That makes them the victor.

#24 Passive aggression is their weapon of choice. If you feel like you’re going insane, you are probably with a covert narcissist. They will plant seeds and let them grow. Making tiny suggestions about who you are or what you have done, they leave it to rest and fester in you until you believe it to be true.

#25 They need constant attention. The covert narcissist is not happy unless all eyes are on them. That makes those in a relationship with them feel as if they are only an accessory. They will charm everyone in their path and often ignore those who are the closest to them, knowing that they have gotten the attention they need from you already.

Like a Trojan horse, you don’t see the covert narcissist coming. They will take everything that they can from you and leave you an empty shell. Highly destructive to your self-esteem, if you are with one, you should find your way out while you can still leave with your heart, mind, and sensibilities still intact.