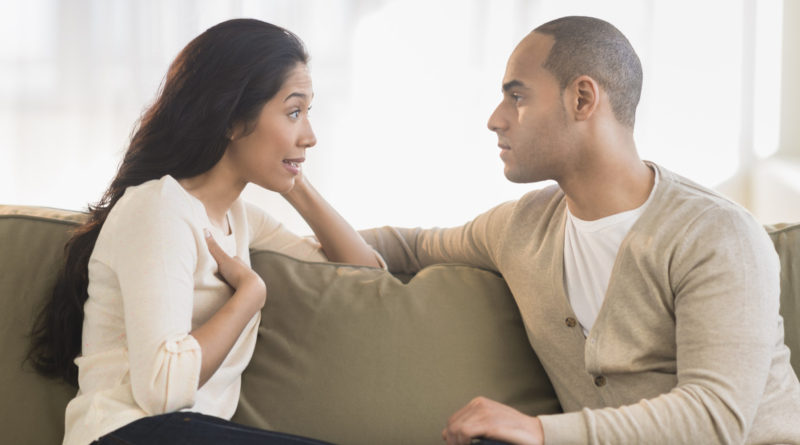 Why should men and women try to please one another? For love’s sake. The world of love is an easily solved mystery of emotional giving and receiving best depicted in a quote from Leo Buscaglia:

“What love we’ve given we will have forever. What love we fail to give is lost for all eternity.”

In my own research, I find that women are a slightly more faithful group, as confirmed by talks with sociologist W. Bradford Wilcox, director of the National Marriage Project at the University of Virginia. He says that just 14 percent of ever-married women report having had an extramarital affair over their lifetime, as compared with 22 percent of men.

So, women do want commitment, but that’s not all. As Wilcox and his colleague Steven L. Nock wrote in Social Forces:

“…in examining women’s marital quality and men’s emotional investments in marriage, we find that dyadic commitment to institutional ideals about marriage and women’s contentment with the division of household tasks are more critical. We also show that men’s marital emotion work is a very important determinant of women’s marital quality. We conclude by noting that “her” marriage is happiest when it combines elements of the new and old: that is, gender equity and normative commitment to the institution of marriage.”1

1. Loving devotion in a committed relationship. This is a simple wish in which action speaks louder than words. A devoted man is respectful with the time they share, respectful of her work, her friends, her family, and their togetherness. Essentially women believe in a “we” relationship rather than an “I” relationship, as Randi Gunther notes:

“‘We’ is a state of mind and heart. It means that wherever one partner is, the other is present in their thoughts. Partners who consider themselves a ‘we’ act that way. When you talk to partners who live with and in the heart of their beloved, you experience that commitment in every way they present themselves. They communicate a pride in belonging to their partner. It’s a powerful feeling of ‘us’ over anyone or anything else.

2. Thoughtful, honest behavior. Women like men who are honest about their thoughts—and their whereabouts. And women demand truthfulness, according to psychologist Nicole M. Else-Quest of the University of Maryland who analyzed 300 studies to compare women’s and men’s self-conscious emotions. If a guy slips up he should say so, without crafting a carefully-worded email.2

3. Generosity of spirit. Women appreciate men who are not just good money managers but are also generous in spirit. Giving men value women; in talking to men it is refreshing to find how many really enjoy coming up with gifts that they know will be appreciated. These men also understand reciprocity—that giving a woman pleasure will result in her desire to give pleasure to him. The late sexologist Carol Botwin noted in her book, Love Crisis: Hit-and-run Lovers, Jugglers, Sexual Stingies, that withholding traits carry over into sex and doom relationships.

4. Satisfying sex. Individuals’ definitions of satisfying sex range from romantic to wild and crazy. And with 75 million readers of romance novels, the fantasy of being courted has clearly not lost its attraction. And yes, it is sheer romance when two people experience the power of love by transcending all obstacles.

1. Sex. One young man once complained to me, “Sometimes my girlfriend is in the kitchen and she looks so sexy in a cute domestic way. So I go over to her and try to be romantic and she says, ‘Not now, I’m cooking.’ That’s almost as bad as ‘Not tonight, dear.'” But women’s and men’s sexual desires do change somewhat over time. Men’s sexual desires may tend to remain at their peak for longer periods of time, whereas many women may experience a diminished sexual drive at menopause.

Sociologist Edward O. Laumann of the University of Chicago, the lead author of a major survey of sexual practices, The Social Organization of Sexuality: Sexual Practices in the United States, told me that at a certain stage, “Men trade up for younger women.” This is often related to sexual desire. Laumann noted that this is the reason why so many woman die alone in nursing homes, while men die in the arms of a partner. (Read more in Sex Makes for Happy Seniors.)

2. Freedom. Many men desire to feel free not to be boxed in by questions like “What are we doing this weekend?” or “Why didn’t you call?” If they do not answer phone messages, texts, or emails right away, it may be that they feel they should be exempt. Women facing this response may need to decide whether they will accept it or decide that a partner is no longer worth the effort.

3. Forgiveness. The majority of young and middle-age men I have interviewed say that forgiveness is “huge” to them, and that grudges are wedges in their relationships. When these issues arise, they’re ready to have the “relationship talk.” Psychologist Sonja Lyubomirsky of the University of California, Riverside has written of the importance of the forgiveness factor in relationships.

4. Appreciation. Men really do want to be respected and appreciated. For many, this may mean that they need a lot of stroking. Their partners should be aware that praise and gratitude work wonders, emotionally and physically—as long as it’s truthful. And along with the truth, men want partners to tell them what they want, as a perception of nagging makes them feel unappreciated.

Studies of long-term, committed couples show that there are almost always ups and down in the phases of a relationship. Starting out with a positive attitude and trying to negotiate differences are good ways to seek and maintain a relationship balance. From the research of Marcel Zentner of the University of Geneva, we learn that “Men and women who continue to maintain that their partner is attractive, funny, kind, and ideal for them in just about every way remain content with each other.” Put another way, they are matched ideals. In addition, they are able to maintain positive illusions.3

The Proceedings of the National Academy of Sciences published an interesting report regarding the survival of marriages for couples that met online as opposed to those who met in a more traditional manner:

“[I]n a nationally representative sample of 19,131 respondents who married between 2005 and 2012, results indicate that more than one-third of marriages in America now begin on-line. In addition, marriages that began on-line, when compared with those that began through traditional off-line venues, were slightly less likely to result in a marital break-up (separation or divorce) and were associated with slightly higher marital satisfaction among those respondents who remained married.”4

Rita Watson, MPH, (Master of Public Health, Yale) is currently teaching English Composition at Suffolk University in Boston.  When at Yale, she served over 10 years as Director of Policy and Education, Department of Psychiatry, and continues as an associate fellow at Yale’s Ezra Stiles College. She recently resigned  from the Providence Journal after 10 years to compile a book of her “Italian Kisses” columns.

AUTHOR OF: With Love and Gratitude

Surrounding oursleves with lingering gratitude may be the secret to the Fountain of Youth and lifelong love. Within columns ranging from love and marriage to cognition and health, research and quotes from leading physicians and scientists will be highlighted. Read now.