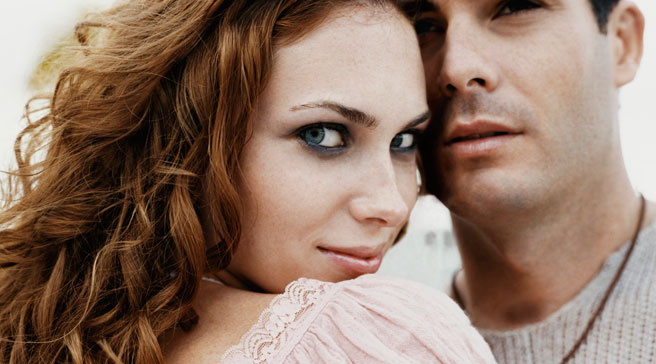 If you allow it, toxic people can do some real damage in your life. For a serious life detox, start with those people who are making you mentally unwell.

There is no mistaking the meaning of what something toxic is or what toxic people are. It literally either makes everything around it ill or kills everything in its wake. When you touch or ingest something toxic, depending on what it is, you can get an immediate reaction. The most harmful toxins you come into contact with are those that feel good at first, but then end up sucking you in and doing more damage than you can ever imagine.

Alcohol and drugs are both toxins. They make us feel good, while at the same time do damage to us and make us dependent on them regardless of their effect. Toxic people are like drugs. They make you feel really good and excited when you first meet them.

As time goes on, your reliance on them destroys you to the very core. The biggest problem with toxic people is you don’t know they hurt you. Until you are addicted, strung out, and scratching your head wondering what went so terribly wrong.

The 25 big signs of toxic people

Toxic people work by using you to their end. Like cancer, they seek to destroy and conquer everything in their wake. Don’t succumb to them or fall into their trap. The best way to not fall under their grip is to ensure you see them for who they are before you make contact. These 25 warning signs of toxic people need to be followed.

#1 They are never happy. Toxic people find something to be unhappy about no matter what they are doing or who they are with. Negativity breeds negativity. Hanging out with someone who sees nothing but hopelessness is likely to rub off. Like being with a perpetual walking roadblock, it is difficult to maintain peace and happiness when they are always finding the anti-silver lining in any situation.

Even worse, there is nothing you can ever do to make them happy. You can knock yourself out to appease them. In the end, they have nothing but misery to feed back.

#2 They never have anything good to say about anyone. Toxic people make themselves look and feel better by crushing people around them. They always have to have a “target” to focus on. You better bet that if they are talking about someone to you, they are talking about you to someone else. It is just a matter of time before it all shifts to you. The only way they feel good about themselves is to put other people down.

#3 They divide and conquer. Very possessive people only feel in control when they have a person at their side. To do that they have to divide your friendships and conquer anything that is good and don’t feel in control of in your life. Wanting to have you all to themselves, they make sure to break you up with everyone else in your life. You are completely reliant on them and will do so anyway they have to.

#4 When you are with them you don’t like yourself very much. Toxic people make you want to join in. You know the person who gets you talking negatively about someone or something to the point that, when you leave them, you end up feeling ugly and mean? That is a toxic person.

They don’t challenge you to be the best you, they make sure you are at your worst. If you are with someone who brings out the monster in you and leaves you feeling bad about yourself, then you should look elsewhere for friendship.

#5 You fear them and fear standing up to them. A toxic person is someone you fear because you can’t beat them, so you join them. They are the ones you don’t ever voice your opinion to. You certainly don’t stand up to them. If you do that, you risk becoming their next target. The problem is that if you don’t stand up to them at some point, you are going to be their target whether you like it or not. The best thing to do with toxic people is simply to walk away quietly and not ruffle any feathers if that is at all possible.

#6 They take out an entire room. The toxic personality sucks the life right out of a room or an office. Like cancer, they overcome everything in their wake and leave it feeling icky. Once they open their mouth, it is all over, you are beholden to hear everything that is wrong in the world and how everyone is wrong besides them.

They are normally the one who is standing in the corner bending someone’s ear about how bad life is, how bad someone is, or how bad their life is. Nothing is ever good to someone who is toxic.

#7 Everyone else avoids them. Although the goal of a toxic person is to gain the attention of those around them, they are not well-liked for obvious reasons and normally can’t maintain their friendships very long. Once people catch on to who and what they are about, they try to distance themselves. Most toxic people aren’t just toxic to you. They leave a wake of unhealthy friendships in their path.

#8 They are very possessive. They are only happy when they have control over someone. To do that, they have to hold on very tightly to one person. Being their “it” person, they do not like when they have to share their BFF with someone else, so they do whatever they can to ensure there is no competition.

#9 They don’t know the Thumper rule. Their parents never taught them the “If you can’t say something nice don’t say anything that all.” In fact, negative things are about the only thing they seem to find any interest in. Say something positive and they are sure to find a way to tear it all apart.

#11 They tend to “pick on” one person all the time, making them a target. They always have to be upset with someone. Sometimes the target doesn’t even have to do anything. If they are envious or jealous, they are not above making things up. Their goal—turn everyone against the person they find objection to and work very hard behind the scenes to do so.

#13 You know they are probably saying something bad about you when you aren’t around. You always know your friendship is on the edge, where just one bad move, and you can be on the out. When you are, all your secrets and then some that are made up, are going to be splashed all over the place.

#16 After leaving them you always feel used. You know your time with them is nothing but superficial. They don’t care what you have to say, so you always leave feeling like you have been used for some means to an end.

#17 Even though you know they aren’t good for you, you stay with them anyway. Either because they are charismatic or you are just out and out afraid. You maintain a friendship with them even when deep down inside you know you shouldn’t and that it isn’t good for you.

#18 They are like a drug. When they are nice to you, it makes you feel awesome like you finally got to the “real” them. The problem is, it only lasts a short while because that isn’t the real them. The real them is only appeasing you to keep you on board. Always wanting to get their attention and some kindness from them, it leaves you chasing the next high.

#19 Planting a seed is their favorite thing. They usually won’t come right out and say what they mean. Passive aggression and planting seeds build the cornerstones of what they are all about. They leave you to fill in the blanks, so that when it all goes bad, they just point the finger.

#20 They aren’t encouraging. If you have a problem, you don’t go to them. You don’t trust their advice. Always there to point out the obvious “shitty” of a situation, they never have any words of encouragement or ways to lift your spirits when you really need them.

#21 It is all about them. The friendship only goes one way. You only exist as a tool for them to either feel good about themselves or to get what they want. There is no one who exists in their world but them.

#22 You rarely agree but are afraid of voicing your opinion. A toxic person doesn’t want to hear what you have to say. In fact, they make you afraid to go against the grain. You know the backlash of ever saying no or going against what they want, so you always do what they desire or simply nod your head.

#23 They expect you to be at their beck and call, but aren’t around when you need something. Very selfish, it is a one-way relationship when it comes to toxic people. You had better be there when they need you, but you can get their attention only if they want to give it when you need them.

#25 They bring out the worst in you. The worst thing about being in a toxic relationship, or being with a toxic person, is they have an uncanny ability to bring out the absolute worst in you. Whether it is because you react badly to their behavior, or you talk badly about others. When you are around them, you aren’t who you want, or who you know you should be.

Don’t waste your time fostering a relationship with toxic people who don’t want the best for and from you. Just like any toxin, the only way to heal is by simply removing them from your vicinity and starting over.