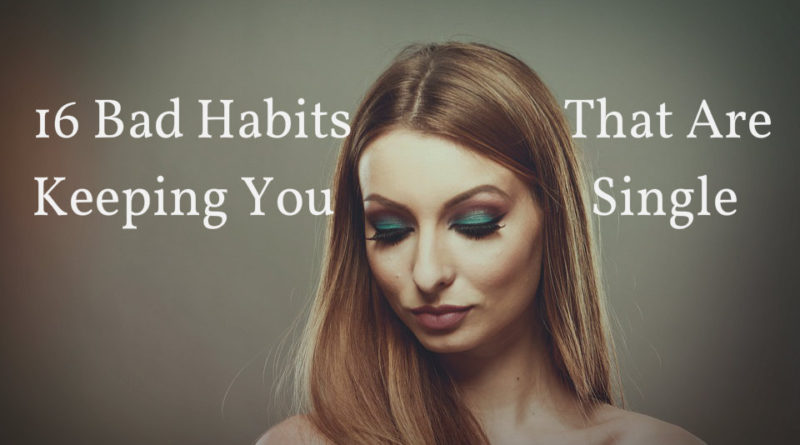 2. Forgetting to text back. If you aren’t answering his messages, he’s going to come to the conclusion that you don’t like him. That you aren’t willing to give him a chance. And he’s eventually going to stop vying for your attention.

3. Sleeping in. The more time you spend in your room, the less time you have to interact with other people. Think of all the opportunities you could be missing out on, because you’re choosing to sit in bed.

4. Lying. Don’t lie to push other people away. Don’t lie to make your life easier. You’ll find someone that likes you for you — but only if you’re open and honest with them.

5. Complaining. Happiness is contagious. So is misery. That’s why you’re going to unintentionally push people away if you’re always whining about something. Try to see the good in life. Try to smile for a change.

6. Working 24/7. Yes, your passions are important and your career might mean the world to you. But your life shouldn’t revolve around one thing. You need variety. You need to create a work-life balance.

7. Canceling plans. Don’t bow out of a party at the last second, because you don’t feel like getting dressed. Push yourself to go. Mingle. Meet new people. It might be the best night of your life. It might be the night you find your forever person.

8. Drinking heavily. There’s nothing wrong with having fun at the club. But if you black out whenever you exchange numbers with a new guy, you’re never going to remember to text him for a date.

9. Hating yourself. Think of yourself as beautiful. Remind yourself that anyone would be lucky to have you. The more confidence you have, the more men you’ll attract.

10. Texting nonstop. Don’t text your best friend while you’re on a date. Don’t scroll through Twitter when you’re at a party. Don’t let your online life replace your real life.

12. Smoking. Most people have automatic deal breakers. If they see you smoking cigarettes or doing hard drugs, that’s it. They won’t even give you a shot.

13. Having poor hygiene. You don’t need skintight outfits and heavy makeup to grab a guy’s attention. But you do need to shower and brush out your knots. Greasy hair isn’t hot.

14. Gossiping. No one wants to date someone they can’t trust. Someone that smiles to their face and then criticizes them behind their back. If you’re a gossip, people aren’t going to want anything to do with you.

15. Being pessimistic. If you’re negative, you won’t realize when the right guy is right in front of you. Instead, you’ll think of all the things that could go wrong and psych yourself out. You’ll ruin the relationship before it officially starts.

16. Bragging. Don’t act like you’re superior to the people around you. Treat them as equals. And they’ll treat you the same.