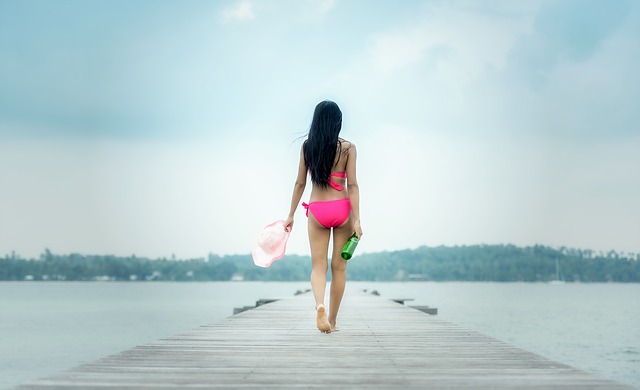 If you’re an open-minded, opinionated woman who knows what she wants, you are probably familiar with being called a few colourful words under the sun.

It’s very common to hear independent women called and talked about in this fashion, especially if you are a man. They are probably the most misunderstood kind of people in our society. Mostly because our society is just too used to women playing second fiddle to men.

This problem creeps into their personal lives too. They find it hard to find friends, even fellow females. One step further and they find is nigh impossible to find a date, a male companion; let alone love.

1. Most men become insecure around strong and independent women

Women can be alpha too. Every guy who has worked under an efficient female boss can vouch for this. The problem is that men tend to feel insecure around them. This makes the women less approachable. And it has nothing to do with their looks or social status.

2. They have their priorities a little bit tweaked so that love takes a backseat. Career, family, travel, and self-happiness are more important

How many of us have heard the cliched story of a long distance relationship where the man asks the woman to move to his city because HIS job is more important.

What if the woman made the same request? Independent women put themselves ahead of their partners. They put their careers ahead too. Most men cannot deal with that.

3. They do not take help for anything from men so men think they are not interested.

Men will assume a lot of things about independent women like “I bet you love living alone” and, “I bet you want to travel alone” and get upset misunderstanding her independence as her lack of interest in him.

4. Most of the men just label them as feminazis, which is not what they are

Just because independent women believe in equality, it doesn’t make them feminazis. It might make them feminists for believing in equal rights for themselves, but even that makes men prod them with ten-foot poles.

5. They put their own needs ahead of the others. They are sometimes thought to be selfish

It is OK for men to be selfish. But a woman becomes selfish and everyone loses their mind.

6. Independent women can be very stubborn at times

They are used to holding their own. Sometimes they are wrong, and they hold their ground with ferocity. Sometimes this stubbornness can be extended to a fault. But then every one of us has been unreasonably stubborn in our lives.

It’s just that we are not used to seeing them in this avatar. They have every right to be unreasonable sporadically.

7. Because they are independent, they will not display their emotions and call for help, even when they are hurt

Independent women guard their emotions well. The stony exterior does not mean that they have a heart of stone. They have deep emotions and feelings too. But they just do not show it.

This makes them harder to express love.

8. They have rather high standards, which is not digested well

Again, just like all the men have near-perfect standards, independent women too have high standards. This is what hurts the ego of the man.

“Why can’t you be happy with what you got?”

Well, for starters, they are perfectly entitled to expect high standards.

9.They are dismissed because they are labeled as “too challenging”

Which might be true. They are challenging to date and love. It is challenging because men are not typically used to being in equal relationships.

But when the independent woman finally finds a man, the relationship is truly an equal one. Where both parties bring a lot to the table. Where both of them can learn a lot from each other.

It is an awesome feeling. And it is happening all around us. People are falling in love with independent women.

So, it’s not really bleak for them. The future is indeed, very bright.

By Vinay Devnath for StoryPick