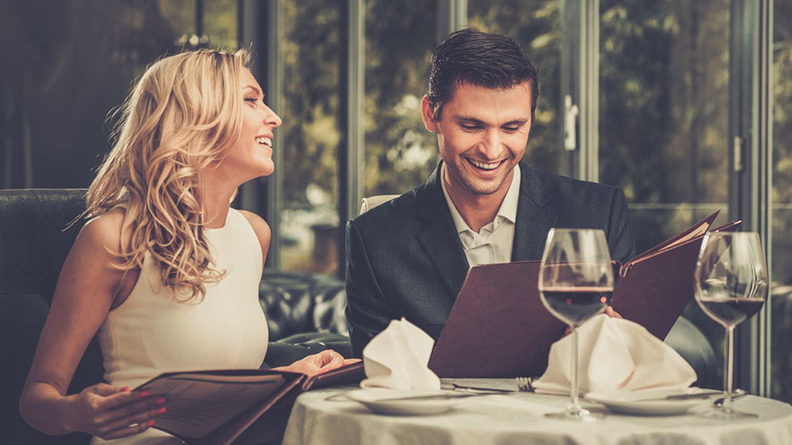 It was only in hindsight, I’m sorry to say, that I understood what drove him. What I knew about narcissism at the time was limited to cultural stereotypes—you know, the full-of-himself extrovert, who’s super-focused on the externals, presents well, and is outwardly successful. I didn’t realize that there’s a common type of narcissist of a different stripe.
You can call him the subtle or introverted narcissist as Dr. Craig Malkin does, but unless you know the following seven things, the chances are good you won’t even begin to understand how he’s played you until it’s too late. Dr. Malkin points out that, counterintuitively, these narcissists often seem wary of people and attention—a function, Malkin says, of their intense fear of criticism—but the reality is that they are just as convinced that they alone have a bead on how the world works as the bragging kind.

The guy I knew was quiet and not terribly social; in fact, of the two of us, I was the more outgoing one who thrived on social interaction. He seemed nice—capable of doing favors, seemingly going out of his way to do things that made life happier or easier—but I didn’t realize those gestures were self-referential, not about others. He did for others because it made him feel like a good guy—and, yes, narcissists of every type need to feel good about themselves most of all.

So what did I miss? All seven of the following at the beginning, at least, and even later, I didn’t see how his behaviors added up; I ascribed each of them to something else until the light finally dawned. Consider this a field guide for navigating social interactions and figuring out which folks are most likely to do you harm.

1.Irked by challenges to his authority

This oh-so-true insight is courtesy of Dr. Malkin who writes, “To an observer, these people appear fragile and hypersensitive. In conversations, they’re apt to jump on a misplaced word, or a change in tone, or a brief glance away and demand What did you mean by that? Or Why are you turning away?” They are beyond thin-shinned and that apparent fragility is sparked by not being seen and appreciated for the persons of special talents and abilities they believe themselves to be. See also #7.

2. Subtle assertion of his superiority

The way he does this isn’t by trumpeting his own skills and talents as the extroverted type does but by mocking those of others. This narcissist lays claim to his throne by being the master of the sometimes subtle dig—and the one that’s really obvious.  The quiet narcissist I knew appointed himself the Ultimate Authority on Grammar, despite having been a C-student in English, and delighted in skewering people for their supposed illiteracy. I found it tedious—especially as a writer—but didn’t know until later that he did this consistently and regularly with colleagues and anyone he came into contact with.

This may not even occur to you since he’s shy and not particularly socially adept; the chances are good that you just consider it “normal” given how introverted he is. But the truth is that his lack of close ties has nothing at all to do with shyness but with his fundamental lack of interest in other people and who they are. Yes, that’s a function of the impaired empathy all narcissists suffer from. The chances are good that you may simply accept other reasons for his solitary status—friends lost during a fractious divorce, for example, or geographic distance—without seeing the bigger picture. If you watch him interact, you’ll be struck by his utter lack of curiosity about other people and how he rarely asks them questions about themselves. He just doesn’t care, you see.

4. Doesn’t own his feelings

Like all narcissists, the subtle one denies his emotions, saying things such as “I’m not angry” or “I’m not upset” even when he’s red in the face, his armed are crossed, his brow furrowed, and his jaw muscles are twitching. He’ll also play what Dr. Malkin calls “emotional hot potato,” the habit of ascribing what he’s feeling to you. My own personal observation is that the subtle narcissist is often quite vocal and disdainful of other people’s emotional displays, including yours, and will marginalize and denigrate the person for being “so out of control.” The narcissist in my life always claimed that “anger is a wasted emotion.” I will readily admit that I never understood what he meant by that, especially since his own anger (which he denied) was palpable.

5. Is the ultimate grudge-holder

Listen to the introverted narcissist tell his story and the chances are really good that you’ll hear about how he was wronged. This type of person remembers slights from years and years ago—just ask him—and the slights are as vivid to him as they were the day they happened. This is a true red flag, although he’ll tell you that he doesn’t care a whit now.

He’s a gamer player and it’s winner-take-all, especially if there is a conflict or disagreement. While it may seem out of character for someone who seems so shy and unassertive, this type of narcissist will do whatever is necessary to win, just like his outgoing counterpart.  If you’re unlucky enough to be divorcing this quiet type, be aware that he will use every tactic he can to get the upper hand and he doesn’t care whether relationships are lost or all that’s left is scorched earth. If the person you’re on the fence about has a history of estrangements—lost friends, relatives he no longer speaks to, being dropped from old social circles—you should pay attention. Again, the shallowness of his social connections is a part of this too.

To stay balanced, the narcissist has to feel good about himself and the introvert can easily be undone by his sensitivity. It’s not just social interactions that don’t go his way that push him to a tipping point but traffic jams, the failure of the drycleaner to get the spot out of his tie or receipt of an over-starched shirt, the failure of the screw to yield when he’s fixing something. If that quiet guy you’re with gets undone by small stuff—all the while asserting that he’s fine and unfazed—pay attention. And if uncontrollable, loud swearing fills the air every time he’s fixing or building something, run. Trust me.