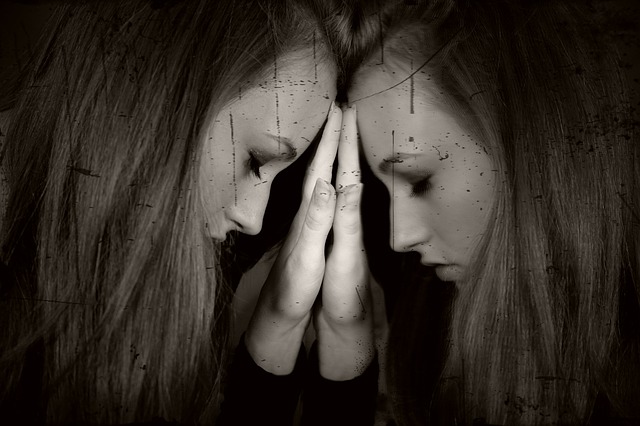 Empaths and Highly Sensitive People (HSP) are often interchangeable terms that are closely related in meaning. Here’s what they REALLY mean, along with tips to survive being one.

HSP – Highly Sensitive People have inbornly sensitive, highly mobile type of psyche. It’s a special peculiarity of nervous system, and a very high energy sensitivity.
Where people have five normal senses, HSP have extra detectors and antennas attached to their head… I’m not serious, of course, that’s just how it feels 😉
They have heightened senses and a “zoomed in” perception of whatever’s happening around.
They not only receive information about and from their environment through the set of senses, but also quite keenly sense the energetic weaving of things around.

HSP are very impressionable people and they experience stronger emotional reactions to things that don’t specifically bother or impress others (none HSP).
Although, HSP’s reactions to stimuli are usually directed inwards, which makes them sort of worn out by their own emotions at the end of the day.

HSP have keen detectors to whatever’s going on around and with others around them and pick a lot of unnecessary stuff on themselves – they often have no “filters”. What impresses them also manages to affect them greatly. They have no tolerance to violence, abuse and suffering of others.

HSP are extremely sensitive to energies, feelings and moods in environment.
They get easily overwhelmed and tired from mixture of energies and information, and seek to escape loud noises, intense events and drama-oriented people whenever they can.

It is important to understand that there is nothing wrong with being (HS) Highly Sensitive.
Most HSP remember having been this way all their life, so it’s not any issue to cure.
HSP should simply be aware of their inborn sensitivity and learn to adjust their emotional reactions, personal boundaries and healthy lifestyle.
They simply need quite, harmonious environments, more rest and relaxation and quality personal space – even in marriage and in relationships!
Being an HSP, it is important to let your close ones understand your need for a lonely space.

If you have an HSP among your friends or family, please, allow them their lonely time when they want to be alone. This doesn’t mean they are selfish or weird, they simply need their cave to recoup.
On the good side, the more space they are given, the quicker they recharge and come back as fun.

HSP give lots of energy to other people and they feel literally “eaten alive” in highly negative environments.
HSP tend to recharge from the energy of nature, space, art and meditation, and they don’t “need” other people for energy exchange. People’s energy is not equally clean as the energy of nature and cosmos, and so anybody’s close proximity may feel pretty toxic to HSP.

HSP are a lot introvertial and even if they appear sociable, they often confess having to play “to fit” and “pretend normal”. Their favorite escape is a silent lounge in nature.

Normally, people are being instinctively drawn to HSP, because those are detached and heartfelt and hold a non-judgmental attitude. But HSP will try and avoid any spheres where competition, manipulation or co-dependency of sorts are involved.
They keep their inner circle really narrow and feel most comfortable to be managers of their own sociable and lonely times.

Being highly sensitive to others’ needs and problems, HSP can implement their natural talent by working in people-oriented professions. Given they learn to put their sensitivity to hand.
Quite too often they choose “lonely” creative professions, working online, drawing or writing – this way they can give something to others without the need to give themselves.

Empaths – empathy is an inborn ability to feel the feelings of others.
Empathic people (empaths) understand people’s, animals’ and even nature’s need as if they were their own.
Both HSP and empaths can literally “hear” what nature talks, what birds are tweeting, or what people next to them are thinking.
Empaths are naturally gifted human AND animals communicators – they understand thoughts and feelings of pets. Animals usually feel calmer and more reciprocating in presence of empaths.

If someone around empaths is ill or in pain, they can start to experience identical physical or emotional symptoms of people, or animals around them.
That even goes to watching TV – they get so involved with drama characters, or catastrophes of global news… For that reason, TV in empaths houses should better be always off, or be very selective with shows.
I find it pretty annoying to remove lots of dust from a bulky device that I almost never use )

Empaths empathize with everyone inadvertently.
‘Tuning in’ is just something they do without noticing.
Needless to say, they tend to take on oh so much of others’ emotional baggage .
They often feel tired, down or depleted for no apparent reason – it’s not their own stuff, they absorb it from others.
After talking with empath, people often feel re-energized, inspired and awesome, and empaths crawl home, feel carrying a world on their shoulders…
Solution: installing the filters.

Empathy is a beautiful gift in humans, but overactive empathy can feel like a curse.
For this reason, they may also choose to filter out their social interactions and seek time alone when they don’t have to communicate for a while.

Just like HSP, wellbeing of empath begins with understanding your inborn sensitivity and establishing healthy boundaries with everyone at home and and work.
Empaths also often choose to “be there for everyone” personally and professionally, and work helping people, either paid or at their free time. People often use and ab-use their kindness 😉

Empaths are people’s freaking magnet, whether they are open about it or trying to hide ))
Naturally, they become a delicious attraction to all sorts of emotionally vain, lonely or unstable people, who try to seek them out for contact, to the point of actual stalking.
Needless to say, empaths should be highly discerning with their contacts and get comfortable with saying a firm ‘No’ sometimes.

Empathy and sensitivity are beautiful gifts, they make people intuitive, talented natural healers, coaches and motivators. However, those gifts come with great responsibilities, and one of them is to take care of their own happiness and health.