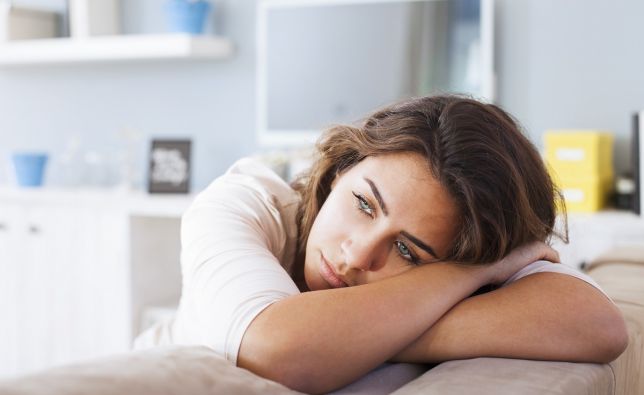 You never listen to people’s words – you listen to their actions. Promises mean nothing to you, neither do intentions. You learned at a very young age that it’s not the thought that counts. The “I Iove yous” and “I miss yous” and the “for better or for worse” don’t mean a thing unless they’re executed through actions: The being there. The showing up for someone. You don’t care about the, “but baby deep down you know that I love you..” No. People actually have to show you they care to win your heart.

You don’t flinch when people ask about your parents. You have memorized the script back and forth. You have dealt with trust issues for as long as you can remember. Yeah, you don’t want the cliché labels: The one with abandonment issues. The one who keeps you at a distance. The one looking to fill a void. You don’t need anyone’s sympathy. You don’t want anyone’s pity – so you will always try to keep this part of you hidden, it’s just a part of you, but a part that’s still alive and well, comfortable in its home in your bones, a tiny inkling that you need to fight every time someone tries to get close to you nevertheless.

At the same time, love scares you. When you finally start to feel safe with someone, you question it. How can you not?  You’ve seen firsthand how even true love can break into a million pieces, bringing out the worst in people. How fireworks eventually combust, how commitment breaks like glass, how people promise to be there until “death do them part,” for “better or for worse,” but promises don’t mean a thing.

So you put up a shield you spent years crafting – it’s a strong shield, preparing you for the worst. Abandonment is your worst nightmare, because you’ve seen how no matter how much someone may love you, they can leave. And that is the most terrifying thing you have ever learned. If the one relationship you needed to work more than anything fell apart, it’s fair game for any other relationship to break. For anyone else to decide it’s not worth it. For anyone else to decide you’re not worth it.

It broke your heart to see your parents in pain. You’ve seen them in their most vulnerable states – you’ve seen the fights leaving them burned and confused, so you’ve made a promise to never let yourself be in that state. No matter how much you love someone, you’re incredibly uncomfortable letting them see your most vulnerable parts. You do it for protection.

When you do let someone in, it’s hard for you to not try to control the relationship, to not have anxiety every time they don’t respond to your calls when they’re out – “Let it go. You’re worrying for nothing” you reassure yourself. But anxiety always seems to win.

You have a big fear of the unknown. So you compensate. You’re driven, you’re unapologetic. You relish in your independence, you go after what you want – fearlessly, without caring about the approval of others. You will seem bulletproof. The people who have have experienced the most pain always do. You know you can’t control other people, but you also know that there’s always a silver lining. Even the worst situation or event have a positive aspect. For you, it’s your drive and empathy.

When you do love, you love unconditionally. You will give your partner all of your love and effort as a way to keep the flame alive. You want it to last. There’s still a part of you that won’t ever stop fighting for true love, a small part, but a part you’ll do anything to hang on to nevertheless.