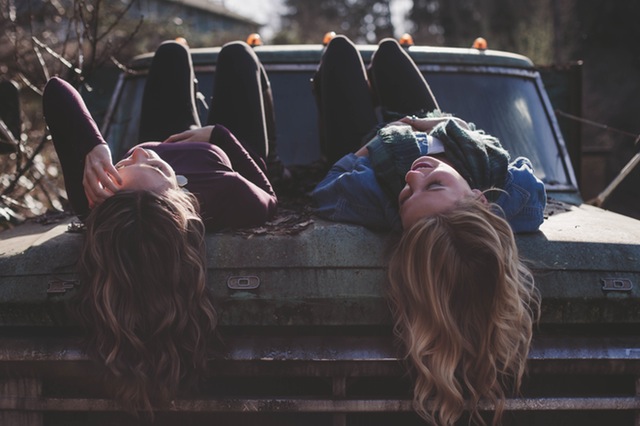 Life is relationships. The rest is just details.~Dr. Scott Sticksel

Last week, I had lunch with my colleagues. One guy from a different department (I’ll call him Dave) joined us at our table. I’ve only interacted with Dave a couple of times before, so I don’t know him very well. When we all started to eat, Dave began expressively describing the problems he was facing at work.

He then went on to talk about some of his college experiences. Next, he explained an issue his family was going through and what he was doing to resolve it. With surprising ease, he transitioned to narrate, in great detail, a near-death experience he’d had five years before.

That brought us to the end of lunch.

Midway through Dave’s monologue, someone at the table made a comment, in an attempt to turn the monologue into a conversation.The attempt failed miserably, as Dave used that comment as a springboard to launch into his next story.

Has something like this ever happened to you before?

It’s not that Dave’s stories weren’t interesting. It’s just that he was so self-absorbed that it made everyone at the lunch table feel helplessly annoyed.

It might sound mean for me to say this, but I really hope I don’t have lunch with Dave again!

The lunch experience did, however, cause me to reflect on how I interact with others.

Do I talk too much about myself? Do I show genuine interest in other people? Do I talk as if my problems are bigger than everyone else’s? Do I ever make other people feel small?

It’s a human tendency to be self-centered, to think that the world revolves around us.

But, at the same time, we’re all aware of how important relationships are.

Relationships are built on connections with others, which means that we need to look beyond ourselves if we want to cultivate meaningful ones.

When it comes to the way we interact with others, we’re creatures of habit.

It’s possible that we, just like Dave, have blind spots.

Here’s a list of 25 mistakes I’ve observed people make, which prevent them from connecting with others—and thus prevents them from cultivating better relationships.

1. Talk too much about yourself

We tend to think that we’re the most interesting person around, but that’s probably not true.

2. Show no interest in other people’s lives

Asking questions—and paying full attention to the answers—is a good way to show people that you care about them.

It’s hard to feel connected to someone who exudes negativity.

Try and resist the urge to cut someone off, even if you have an extremely golden thought to share.

It might give you a thrill to share your own awesome story, but it will probably make the other person feel insignificant and embarrassed.

6. Don’t ask people to continue when they get interrupted

All of us know how terrible it feels when there’s some sort of commotion that interrupts the story we’re telling and prevents us from getting to the end of it.

It means a lot to someone when you make the effort to remember his or her medical appointment or wedding anniversary, just to name a couple of examples.

This is one that I know I’m occasionally guilty of. If you’re busy and don’t have the time to write a full reply, you could write a short note to tell your friend that you’ll write a longer reply later on.

9. Respond instantly after someone talks

If you wait for a moment before responding, it shows that you’ve put thought into your answer.

10. Be vague in your thanks and praise.

Saying “Thank you” or “Goob job” aren’t as good as saying “Thank you for writing such a detailed and well-structured report” or “Your insightful analysis of the situation made it easier for the team to accomplish its goals.”

11. Assume that it’s a good time interrupt others

You might want to talk about something urgently, but the other person might be caught up with his or her own problems. “Is now a good time for you to talk?” is a simple question, but it’s one that demonstrates care and thoughtfulness.

This is an especially bad mistake if it’s your first meeting the other person.

13. Remind people of their imperfections

When you hear someone cough or see someone with dark eye rings, it’s tempting to make a comment. The better option is keep quiet, because no one wants likes to be reminded of his or her frailty.

14. Tell people that they “shouldn’t feel that way.”

Most of the time, people share their problems and feelings because they want a listening ear. We invalidate others’ feelings when we tell them that they shouldn’t feel sad, angry, disappointed or frustrated.

This is a mistake unless the other person explicitly asks for your input.

I’ve heard it said: “Opposing everything without proposing anything is irresponsible.” Unless you also have suggestions for how to improve the idea, it’s better not to say anything at all.

It’s surprising that so many people have strong opinions about subjects they know little about, whether it’s health, investing, politics or religion. Unless you really know it all—which is pretty unlikely—try not to talk as if you do.

You might be proud of your own or your children’s achievements, but don’t brag about them unnecessarily.

19. Put down the achievements of others

You can tell a lot about someone based on how he or she responds to other people’s good news. Rationalizing why someone’s accomplishment isn’t that big of a deal is a big no-no, even if that’s what you actually think.

20. Talk bad about someone

This applies whether or not the person is physically present. If you talk bad about someone who isn’t there, other people will start to wonder if you gossip about them behind their backs, too.

21. Be distracted while talking to someone

I once had a five-minute conversation with someone who didn’t take his eye off his computer screen once the entire time. (I’m not that terrible-looking, right?)

Being distracted by your phone or computer is a sure way to make the other person feel unimportant and ignored.

I know that some people just don’t like making eye contact during a conversation, but it really is essential if you want to convey sincerity and honesty.

23. Relate every conversation back to your own life

Some people are skilled at using every topic of group conversation as a starting point to tell their own story. This is a skill that, if overused, will cause people to want to avoid having a conversation with you.

24. Assume that you know how others feels

When you say things like “You must feel betrayed” or “You must be disappointed” too frequently, it can make the other person feel like you’re being patronizing.

25. Don’t smile when you meet people

One of the simplest ways to connect with people is to give them a huge smile when you see them.

Don’t be afraid to show people how happy you are to see them (if you’re actually happy to see them).

In closing on Building Better Relationships

Life is all about relationships, but amidst the busyness of our lives, we often forget that it takes an intentional effort to nurture them.

As I write this article, I’m making a fresh decision to not commit these 25 mistakes, many of which I know I’m still guilty of.

Together, let’s embark on this journey of building meaningful relationships and a meaningful life. 🙂