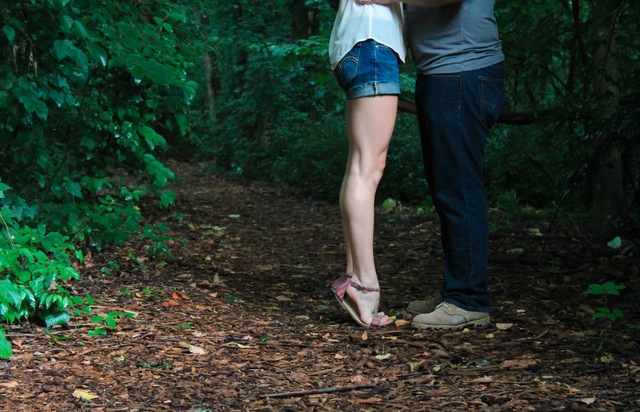 Fascinating theory as to why opposites only attract us sometimes.

In other words: opposites attract for single people, but not for those in a relationship.

The reason that dissimilar faces attract, could be down to avoiding incest or other people with similar genes. So, when people are single, they are automatically less attracted to faces that look like their own.

For the study, people were shown images of opposite sex individuals that were digitally altered to look more or less similar to their own.

“We found that single participants, those not in relationships, rate dissimilar faces as more attractive and sexy than self-resembling faces.”

Our perception of how attractive other people’s faces are seems to change with relationship status, the findings suggest.

“For the first time, we have observed how our partnership status affects who we find attractive.

Our interpretation is that attractiveness perception mechanisms that give us a preference for a genetically suitable partner may be suppressed during romantic relationships.

This might be a relationship maintenance strategy to prevent us from finding alternatives to our own partner, or perhaps self-resemblance becomes more important in terms of the social support we expect receive from relatives, which are known as kinship cues.”

The explanation for avoiding similar faces could come down to avoiding incest and similar genetic structures.

“…incest avoidance is beneficial because it reduces the likelihood that offspring are homozygous for recessive genes carrying deleterious or even lethal mutations.

In addition to cultural incest taboos, a further mechanism to efficiently prevent mating with unknown kin is disassortative (or negative assortative) mating, for example through low attraction toward genetically similar individuals.”

The study was published in the journal Frontiers in Psychology (Lindová et al., 2016).