Gaslighting is not easy to recognize, and some mistake it for “love,” but that’s not it at all. It’s toxic.

The thing about gaslighting is that it is innately tricky to spot. It can be really brazen or really subtle, but either way, it’s emotional abuse, and the sooner your recognize it, the better. If your partner keeps telling you not to believe things you think, see, or feel, those are red flags.

First things first- let’s break down what gaslighting is and why people do it.

Gaslighting, which gets its name from the 1944 movie, Gaslight, is a form of psychological abuse where one person tries to convince another not to trust herself. It is most associated with narcissistic personalities — the types that will say things like, “You’re crazy.”

It’s normal to second-guess your memory every now and again. After all, recollections can be fuzzy (especially when you’re under stress, or running on too little sleep). But if you’re in a relationship that makes you constantly doubt yourself, you may be a victim of gaslighting.

The term gets its name from the 1944 movie, Gaslight, starring Ingrid Bergman and Charles Boyer. In it, Bergman’s character begins to suspect that she’s losing her mind because strange things keep happening to her: items disappear and reappear, she hears footsteps coming from an empty attic, and she sees the lights in the house get brighter and dimmer at random. In actuality, Boyer’s character is behind it all — moving the items with sleight-of-hand, sneaking around the attic, turning on and off the lights — and he gets her to doubt herself as a form of emotional manipulation. 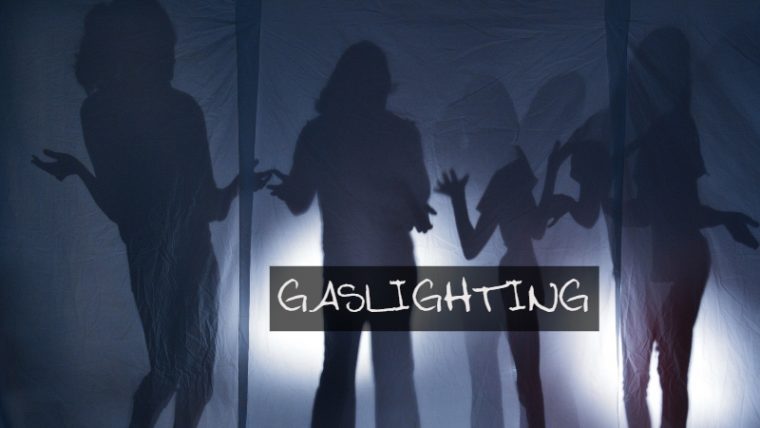 Today, gaslighting is used to describe the same kind of behavior, where one partner tries to convince the other that what they’re hearing, seeing, or feeling isn’t real.”

It’s psychological abuse, and it’s the worst kind,” says Tara Fields, Ph.D., a licensed marriage and family counselor in Marin County, California and author of The Love Fix. “What’s most damaging is that it takes away your ability to trust yourself — and when that happens, you start feeling crazy.”

How do you recognize the red flags of gaslighting? Here are 4 major ones to look out for:

They deny doing something you know for a fact they have done.

One of a gaslighter’s most common (and infuriating) tricks is to deny the truth, no matter how obvious it is, to the point where don’t even know what is true anymore. This can even happen when you personally witness their bad behavior. Even if you just saw it with your own eyes,  they will “claim they didn’t.” You just heard them say what they claim they never said. Gaslighting is often used create confusion to cover up wrongdoings.

They try to make you feel guilty for basically everything.

In a relationship with a gaslighter, “I’m sorry” is not a phrase that you will hear often. But it will be something you say frequently, even when you’ve done nothing wrong. No matter what you do, you didn’t do it properly. No matter what choice you made, it was faulty. No matter what situation has occurred, you’re to blame.

They ghost you, or vanish, when problems arise.

Another classic gaslighter technique is stop communicating altogether after you voice a concern. You’ll be right in front of them and they’ll act like you’re not even there. They’ll refuse to talk to you, or they will ghost you and not text you.

This will cause you to worry that you were wrong for bringing up the issue in first place, or to regret how you brought it up.  And that’s exactly what the gaslighter wants: to divert your attention from whatever it is you’re upset about, and make you focus instead on whether you handled the issue correctly.

They call you crazy and blame your mental state for their issues.

You’re frequently asking yourself, Am I too sensitive? A gaslighter will respond to your concerns by flipping the issue, and suggesting there’s something wrong with you. They might tell you you’re overreacting, or being too emotional. The end result is that you lose faith in your own judgment. Maybe what you saw wasn’t want you saw. You begin losing confidence in your decision-making ability and begin internalizing all the negative, undermining things your partner has told you.

If you recognize any of these red flags, or all of them, it may be time to question your relationship.