“Rather than fearfully shutting down your sensitivity, dive in deeper into all possible feeling. As you expand, keep only those who are not afraid of oceans.” – Victoria Erickson

When you’re a female empath, it can be very difficult to find love. You might have your heart broken over and over as you try to find someone who can handle you. The truth is, there aren’t many people out there who are ready for your heightened sensitivity, or your natural connection to others.

That is what makes relationships so difficult for them.

Here are 9 perfect examples of why most men can’t handle a female empath: 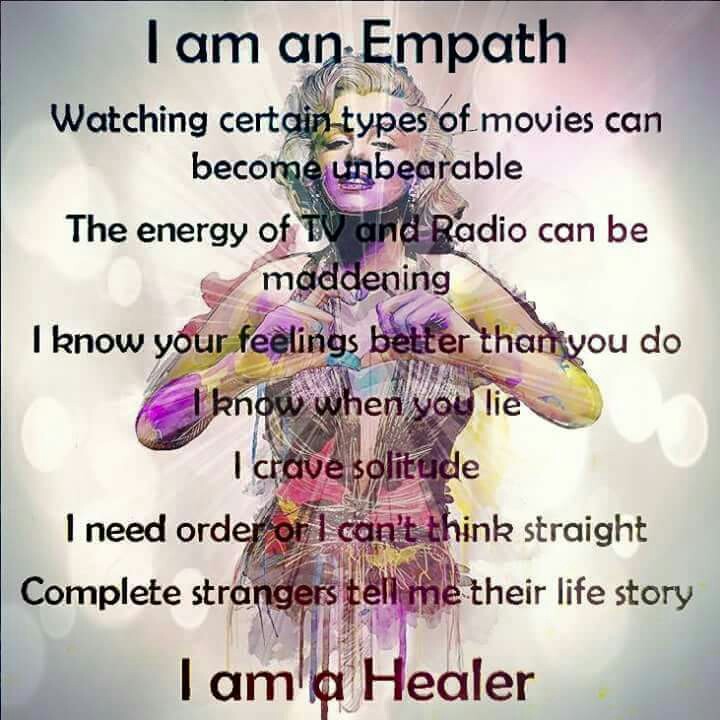 1) They are incredibly intense

Because the feel so intensely, it makes sense that female empaths behave in the same way. For some, it’s too much to handle. And unless they are incredibly in tune with their own being, that intensity is hard to switch off.

2) Everyone goes to them with their problems

Empaths are the people others often turn to when they need to release their burdens, and, for this, empaths are seen as a grounded, reliable character. Yes, they are sensitive, but they seem to cope so well with the emotional turmoil that is thrust upon them. However, being in a relationship with them can mean that you will have to share these burdens as well.

It’s common for a female empath to have experienced a slew of difficult relationships. She might be very guarded when it comes to both physical and emotional intimacy. You have to show her that you’re worthy of her trust. Don’t push her into doing anything she doesn’t want to do. Love her as is.

4) They can see through anything you try to hide

Many guys think they’re being clever when they try and hide something from a female empath, but the truth is, they already know what you’re up to. If, while searching for a partner, a man decides to portray a persona, hiding their real self in favor of an image that they believe will be more desirable, they are going to strike out quickly with an empath! These women can see through the imposters, seeing, instead, the true self that they are trying to hide.

Because so much of what they feel can be out of their control, female empaths need some consistency in their lives. Whether it’s a daily morning routine or a specific way they fold the clothes, constants help keep them extra grounded and feeling the stability they desire.

6) They are highly independent

Many guys want to care and provide for their partner. The problem with this is that an empath is incredibly independent, and ultimately, they don’t feel as though they need anyone in life. While they enjoy the idea of sharing this life with a partner who will take the journey by their side, they refuse to give up the reigns of control in their own world.

The average female empath won’t accept anything at face value. Everything in her life has hidden meanings. She will question everything around her. Some people find this questioning nature too much to handle. If you never question the path that’s laid out for you, there will be problems in the relationship.

8) They know what they want

An empath isn’t about to ‘test the waters,’ experimenting with whether or not they are interested in a relationship or a specific commitment. When they take the step to being with someone, they instantly go all in.  A female empath isn’t necessarily more work than another woman, but she won’t put up with a lack of effort. You need to pull your weight in the relationship.

9) They are honest, to the point many can’t handle

If you can’t handle the truth and nothing but the truth, don’t talk to an empath. It’s never easy hearing things not even you know about yourself. But, in the long run, hearing the truth will help you grown as an individual. And that’s what you’ll get when you spend time with an empath – even if it costs them a friend or relationship.