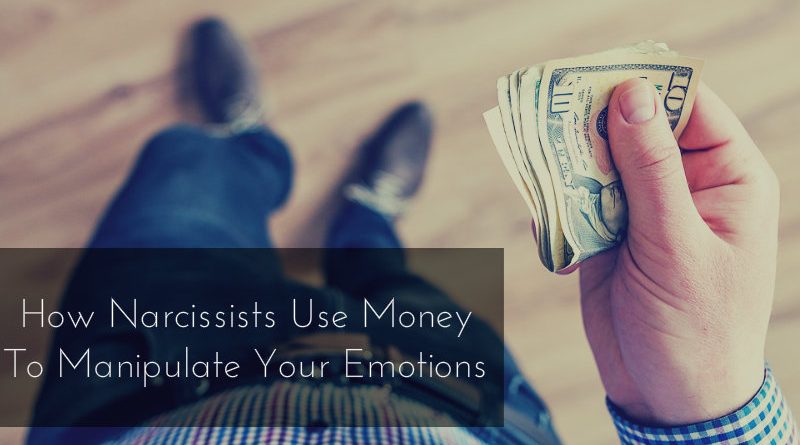 You may begin to worry that you can’t survive without this person, or that your finances have been irreparably damaged.

Has your partner or family member ever:

Blamed you for financial stress even though they are the ones over-spending?

Forged your name on financial or credit accounts?

Moved money around without your knowledge?

So many of these tactics seem to mirror the same behaviors that narcissists and sociopaths display in their relationships: dishonesty, projection, hypocrisy, and guilt-tripping you over getting your basic needs met, while they spend lavishly on themselves.

Like everything else, narcissists use money to control and exploit their targets. This can be done through direct threats, or far more insidious methods. Through Shannon’s research, she encountered survivors who discovered mountains of hidden debt and accounts, only to be called “crazy” when they asked about it.

Just how insidious can it get? One survivor story involved an abuser who took thousands of dollars from her savings account, claiming it was for a “family emergency”. In fact, it was purely to prevent her from hiring a lawyer, forcing her to remain linked to their toxic relationship.

Additionally, by keeping you financially dependent on them, abusers have another form of control. They can blame you for all of the money problems in the relationship, while they themselves are the ones causing the problem. This accomplishes two things: making you feel like the problematic one, and making you dependent on them for finances.

You may begin to worry that you can’t survive without this person who is bringing you harm, or that your finances have been irreparably damaged.

But my favorite part of Shannon’s new book is that it offers hope and solutions, not just the red flags. From budgeting to credit restoration to child payments to smart investments, Shannon covers practical and attainable approaches to finding freedom from every aspect of financial abuse.

She even offers advice for protection from future abuse, since these types of people tend to reappear after the abuse has ended. “Sometimes the toxic person will re-emerge by picking a fight, filing a new family court suit, making false accusations — the list of possible ways is endless. Some harmful people will hoover through tears of remorse, promises that they’ve changed, or declarations of having found God.” (pg. 190 – Exposing Financial Abuse)

No matter how challenging their struggles were, I noticed something in common with every survivor story: their lives slowly became immeasurably better without the financial abuser. In many cases, it took time and effort, patiently chipping away at the damage. But the end result was always independence, pride, and self-respect.

Written in the same compassionate and conversational tone as her bestselling book, Healing From Hidden Abuse, Shannon manages to shed light on this challenging topic in a way that feels relatable and non-clinical (despite being extremely well-researched). Shannon has remained one of the most supportive and uplifting contributors in this field, always enthusiastic to help other survivors and writers find success.

I can’t recommend this book highly enough, and hope that more awareness begins to spread about this important topic.