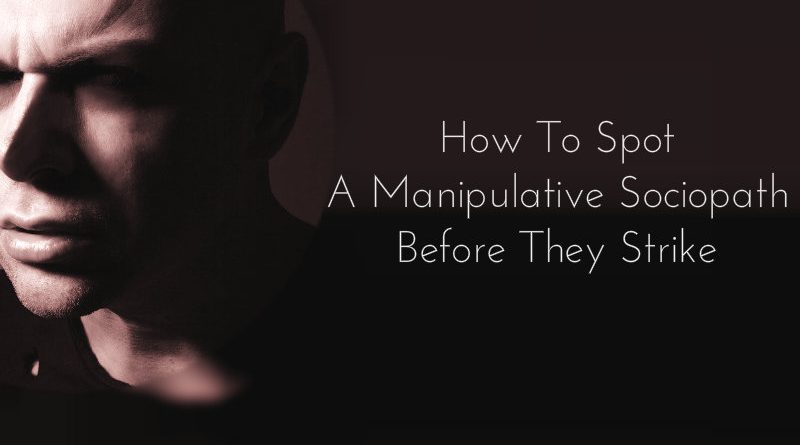 Sociopaths account for about 4 percent of the U.S. population, which is 1 in every 25 people. Like most mental health conditions, sociopathy exists across a spectrum, so then not all sociopath are serial killers. This is good (of course) because it suggests that there are less murderers on the loose, but it also means that sociopaths can be difficult to identify.

Most people miss the signs that they’re dealing with a sociopath and are therefore manipulated. Anyone can be a target, so read through our tips below to learn how to stop sociopaths before the attack.

Be mindful because sociopaths can be gifted at getting their targets to overlook the warning signs. These can include:

If that doesn’t work, use the WEB method

The three-step method professionals recommend using to quickly size up whether someone has sociopathic traits is called The WEB Method℠, which stands for their WORDS, your EMOTIONS and their BEHAVIOR.

Be wary of a person’s use of “extremes”—extremely positive words, extremely negative words, or switching between extreme charm and extreme threats.

Channel into how you feel about the person, and trust your gut. Take heed of intense emotions like fear, infatuation and extreme sympathy.

It’s easier to spot a sociopath when you ignore their words and stay focused on their behavior. Heed extreme behavior that 90 percent of people would never do, especially if it’s quickly covered up with excuses. Sociopaths consider themselves blameless and rarely say they’re sorry unless they’re caught and an apology will make them look good.

Many sociopaths end up focused on what psychologists refer to as “Targets of Blame”—people who they feel justified in treating cruelly—and actually enjoy making these people suffer. The people that sociopaths keep bullying are ones who stay engaged, either by getting aggressive in return or showing fear and frustration. Instead, it’s wiser to calmly disengage with a sociopath, than to give them the power of your emotions.

Resist the urge to talk it out

You can’t handle a sociopath like you would someone without a personality disorder. When you interact with a sociopath, keep your guard up. Resist the temptation to reasonably talk it out or try to change the person.

Put up your guard

If the person is unavoidable (like a caretaker or a boss), don’t let a sociopath see you in a vulnerable situation. Showing real emotions can make you a target since the sociopath will think you can be easily manipulated.

Don’t always trust what’s said. Be aware that sociopaths might lie, play victim or flatter for the sake of getting what they want.

Never share personal info and do not become indebted

You don’t want a sociopath holding anything over you. Neither let them know things that can be used against you nor do anything that the sociopath could use later to control you.