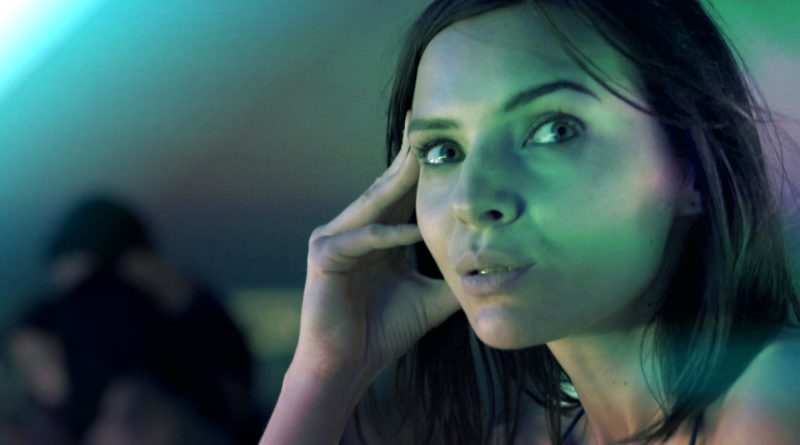 Okay, so why do we stay with a narcissistic abuser even when we know better? Even when we, as smart, educated, and “normal” people, realize that something about this person is uncomfortably off? Even as we watch the last slivers of our former self – the person we were before the narc – fly out the window? Well, the answer is amazingly complicated and don’t let anyone outside of your relationship realm tell you differently.

Since nothing about a relationship with a narcissist is normal, there will be nothing normal about the break-up. The truth is that unless a person has experienced life with a narc first-hand, they will never understand exactly what you are going through. So, pay no mind to the incessant “friendly” advice from friends and loved ones (“Why can’t you leave!” or “I don’t understand you. Just walk out!”). Only you and you alone can write the ending to the story. It is up to you, as the narcissist’s victim partner, to come to your senses. The catch, however, is that you need to do it without guilt or self-judgment. Having guilt, shame or self-judgment will only keep you lingering in the loop. You must set all that aside in order to get the recovery ball rolling.

Understand that the majority of the behaviors that get us into emotional trouble with a narc actually stem from our good qualities. Think about it…it’s our tendency to never quit that makes us stay past closing time and, under normal circumstances, we’d be praised for that! The same goes for our willingness to forgive and our penchant for being compassionate and patient.

A person could certainly have worse qualities! The problem with a narc-situation is that none of this is ever reciprocated and this is where is gets mixed up. The human brain simply isn’t prepared to have feelings and emotions so completely rejected and, thus, the question of why we stay becomes a true source of personal angst. So, to start, lets take a look at just a few of the many complicated and crazy reasons why we do might to stay with a narcissistic abuser:

1 .Because if we could only make them understand, everything would work itself out. I don’t know about you but, as the years passed, I became more and more obsessed with making my ex – the narcissist – understand the awfulness of his own mind-boggling behaviors. His actions were often so hurtful that I thought surely if I could make him understand that pulling a month-long silent treatment for no reason at all was just wrong, we could live happily ever after.

Obviously, this never happened. I do believe that 95% of us stay in the relationship just a little bit longer, allowing the narc to come back just one more time, for this very reason. We think that perhaps we didn’t explain it well enough the last time or maybe it’s that awful childhood with a narcissistic mother that gets him a pass or who knows but this time we’re going to make him understand that he just can’t do that! So we explain and explain – sometimes calmly and sometimes wildly – that it’s his sketchy cell phone antics, mysterious disappearances and reappearances, and all those pathological lies that are the root of the problems and cause of the break-ups. We figure that anyone with half a brain would understand that we are right (because we are!) and do their best to fix it. After all, doesn’t he want a normal relationship? So we explain, plead, and even bargain but all we get is the infamous blank stare. And then another year goes by.

2. Because, after all, nobody’s perfect! Since we can never quite understand what the narcissist is thinking when he’s behaving so badly, we bargain with logic to make excuses for it. Perhaps he’s just having a bad day or maybe we really were acting like drama queens or being too sensitive or jealous. Even though, in all past relationships (even those that ended badly), we never remember feeling so horribly uneasy, maybe, this time, it really IS us and we should cut the guy some slack. Even though, in past relationships, we never felt compelled to be super sleuth investigators about anything, perhaps now we really are making mountains out of molehills. After all, nobody’s perfect, right? So when the narcissist returns, we choose to pick our battles and forgive and forget. And then another year goes by.

3. Because the truth is that we never really have any concrete proof of anything! How is it possible that, despite having swift spidey senses and amazing super-sleuth abilities, we can’t ever seem to produce undeniable concrete evidence? Some might say Well, maybe that’s because there is nothing to find but I say that’s bullshit. Narcissists and sociopaths know EXACTLY how to keep their worlds from colliding.

Mine would look right at me and say “You can’t prove that.” It’s all about creating plausible deniability. A narc will duck and dodge and talk in riddles and punish us for asking questions…all with the intent of silencing our suspicions. Even our intuition (which NEVER lies) is no match for this deception. A narcissist in the Game of Life is in it to win it. Everything – all day, every day – is about what he can get away it. He keeps his shenanigans so on the down low that even with evidence dropping all around, he rarely, if ever, gets caught. And because he knows that we want (more than anything) to believe he is loyal, he’s not exactly worried about it. To us, the evidence we do have never seems to be quite enough. So, we stay in the relationship if only to hold out for the one puzzle piece that will be undeniable…and another year goes sadly by.

4. Because he always eventually returns so he really must love me!! This is probably our #1 reason for staying with a narcissist and it couldn’t be farther from the truth. If the partner we love truly loved us back, he wouldn’t leave at all let alone leave and return over and over and over. My ex would disappear every year in October and not resurface until after the new year, conveniently missing every important holiday in between and shirking all relationship responsibilities. This guy would literally vanish and each time he did, I suffered as if it was the first time. Since he always returned, usually feigning amnesia as to why we ever broke up, I thought we were destined to be together.

I mean, what guy in their right mind would keep returning over and over to someone he didn’t love, right? I figured surely one of his reappearances would stick. One time, amazed that he was back, I demanded to know why, based on his history, I should even consider it. To this, he announced “Those days are over!” and it was mighty convincing. In previous years, his replies ranged from “What does it matter? I’m here now” to a shrug of the shoulder so this newest comeback from his bag of tricks gave me great hope! When the narcissist proclaims his “love”, we simply want to believe. Sadly, we continually settle for crumbs…and then another year goes by. For me, it was just nine short months until the next October.

5. Because we simply want to see what the heck is going to happen next. Even better, when we’ve been in it long enough to predict the narc’s next move, then we stay to see if what we’ve predicted is going to come true. It usually does and then being right becomes the addiction! Crazy? Maybe…but yup, that’s what we do. And then another year goes by.

You can escape the madness, and it is possible to walk away.