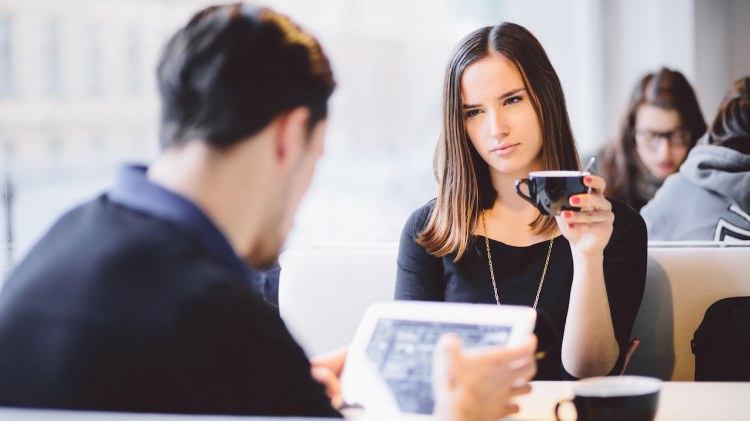 Ah, men–can’t live with them, and hopefully science will one day figure out a way for us to live without them. All joking aside, there are certain aspects of them that seriously drives you crazy and it could be due to your zodiac sign. Read on to find out what you find most annoying about men according to astrology.

Aries. Hardworking Aries, you don’t have a lot of time for ego so when you meet a guy who can’t stop bragging you can’t handle it. You don’t want to listen to a guy who goes on and on about how important his job or how much money he makes. You’re also pretty sure that the more a guy brags, the more unimpressive his life actually is.

Taurus. You’ve never been a big fan of entitled people, grounded Taurus. You’ve worked hard for what you have and you can’t stand men who think they’re owed things just by existing. Men who just take without giving anything back annoy you to no end.

Gemini. Geminis are known for being able to switch between seriousness and fun very easily, but you just can’t quite wrap your head around men who take things too seriously. Yeah, there’s a lot of serious things to face in life, but what’s wrong with letting loose every once in awhile?

Cancer. Sensitive Cancers aren’t afraid to show emotion but they find men who think if a man does the same he’s weak. Empathy and opening up to people isn’t a weakness, it’s a strength and you’re sick of having to explain this to these men.

Leo. You’re a brilliant hard worker, Leo, which is why you can’t stand men who talk down to you. You’ve had enough of men who mansplain your own job to you. You find it even more annoying when they do it in your life outside of work as well.

Virgo. You like things to be a certain way, Virgo, so it drives you crazy when men disrupt that order. Some men leave messes without realizing, leaving you to clean up after them and it’s something that’s always driven you crazy.

Libra. Libras love balance and harmony. You don’t understand why we can’t all just get along, which is why negging drives you crazy. When a man tries to hit on you by putting you down, you see red. It’s not an attractive trait or a good way to flirt in your opinion.

Scorpio. Some men just don’t understand passion like you do, Scorpio. They’re either too forward or too timid. You need someone who can keep up with you but you don’t like it when they overstep your boundaries. Some men think passion is all about lust and you know it’s way more than that.

Sagittarius. Free-spirited Sagittarians aren’t one for being held down, which is why you’re not a fan of the double standard many men have. Men are allowed to mess around and don’t have to settle down. Women feel pressured to and you’re over it.

Capricorn. Level-headed Capricorns have a lot to do to achieve their goals, they don’t have time to babysit. They can’t stand men who are completely helpless. Why can’t they figure out life for themselves and let you live?

Aquarius. Aquarians are the best communicators. You enjoy stability and people who are upfront with you, so you’re incredibly annoyed at men who are wishy-washy with their commitment to you. You don’t understand why they have such a problem with it.

Pisces. Pisces are known for being incredibly trusting and romantic, so you’re annoyed at men who aren’t as enthusiastic about love as you are. Their text messages are pretty lackluster and they’re not into romantic gestures like you are. You just want to experience some kind of magic and you can’t seem to find it.

Let us know if we got yours right, and be sure to share with your friends!