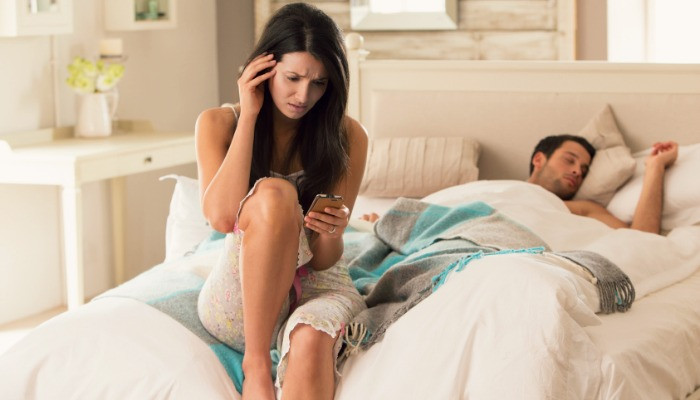 Being cheated on is the worst feeling in the world. Even after the horrible experience, you might not know these facts.

1. The cheater usually cheats on you with someone the both of you may already know.

It’s very rare that people will cheat on their partners with new characters. It’s so much easier to mask a session of lovemaking with someone you already know as a “casual meeting with a close and trusted friend”. One would never be able to suspect a thing.

There are some couples who consider it to be cheating only when physical acts are involved. There are other couples who will be so strict that even establishing slight emotional connections with other people can be marked as unfaithfulness.

3. People who are dissatisfied with their partners’ sexual performance are usually prone to cheating.

It’s that simple really. When one partner isn’t getting their sexual needs fulfilled by their significant other, they might seek fulfillment in other people. That’s why it’s important for couples to always be communicating their needs to one another – even the sexual ones.

4. There are some people in relationships who know about their partners’ infidelity but will not acknowledge it out of fear of losing the relationship.

There are those who are just so desperate to stay in their relationships. They will silently accept the infidelity of their partner just for the sake of keeping them in their lives.

5. A lack of real chemistry and rapport between two people can drive one to being unfaithful.

A lot of cheaters will resort to cheating just because they don’t feel like they have a strong enough connection with their partners. And because of that, there will be an emotional void in their life. So then they will try to find that connection with other partners.

6. Just because a relationship is going well doesn’t automatically mean that it’s going to be immune from cases infidelity and cheating.

Not all people who cheat are people who are in bed relationships. There are just as many good and healthy relationships that are destroyed by infidelity. There is no truth to the claim that a person only ever cheats because the relationship that they’re in is a toxic and destructive one. No relationship is safe.

7. Some people cheat as a way of getting their partners to break up with them.

There are those of us who are actually willing to turn to cheating as a way of sabotaging the relationships that we’re in.

8. People who resort to cheating as a form of “payback” for whatever sins their partners might have committed often come out of it feeling unfulfilled.

There are plenty of people in relationships who will deliberately cheat on their partners just to get back at them for something. But a vast majority of these people will also come to realize that the experience of cheating is often unfulfilling.

9. Cheating can take its shape in various forms – not just physically.

Cheating doesn’t always mean having sex with someone other than your partner. Even something as simple as flirting with someone else can be considered as emotional cheating.

It’s so much easier to hookup with someone nowadays thanks to the use of social media. It’s literally connecting people together in ways that might not be so noble or wholesome. But it’s also so much easier to leave trails of clues lying around about one’s infidelity.

11. Cheating with someone who is sexually charged and active can often uplift the cheater’s moods and spirit.

If you notice that your partner has been having unusual good moods lately, then that could be a result of having a more active sex life. And if you haven’t had a shift in your sex life lately, then they’re probably having sex with other people.

12. An alarming number of women only cheat because their hormones are on overdrive.

There are so many women who use their hormones as an excuse for their poor behavior. And sometimes, it’s just the plain truth. Remember that emotions can often cloud and impair good judgement. And when women’s hormones go on overdrive, their feelings can often overwhelm their senses which could lead to them making poor decisions.

13. Different perceptions of what love truly means between two people can often drive them to cheat.

Sometimes, two people in a relationship just can’t see eye to eye on what love really is and what it should be. And when that happens, there is a disconnect there. There is a wedge that is driven between these two and it can be hard to find common ground. And that’s why cheating suddenly becomes a viable option.