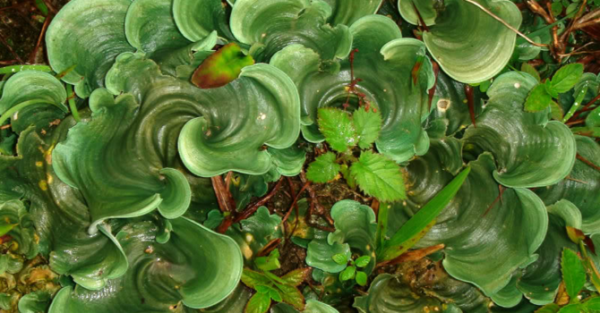 Dictyonema huaorani, a rare psychedelic hidden among the jungle territories belonging to the Waorani tribe, has for the first time reached the laboratories of the Western world. Residents of the Ecuadorian Amazon rainforest refer to the species, belonging to the lichen family as, “nɇnɇndapɇ” while the genus species name bequeathed upon it only recently dubs it as, Dictyonema huaorani; honoring the Waorani tribe in the latter half of the name (as “huaorani” is an alternate spelling of Waorani).

The first Westerners to encounter it, E. Wade Davis and Jim Yost, did so in the form of a 1981 Harvard ethnobotanical expedition to the Waorani tribe; a small group consisting of roughly 600 tribal members. Counter to many of the other Amazonian tribes, the Waorani considered the use of hallucinogens an aggressive and anti-social act and have not practiced its usage in over a hundred years. The only partakers of nɇnɇndapɇ were the Waorani shamans known as ido with the last ido recorded by the Waorani as ingesting nɇnɇndapɇ in the early 1900s. This particular ido was said to have used the hallucinogen to send a curse in order to murder a neighboring shaman. 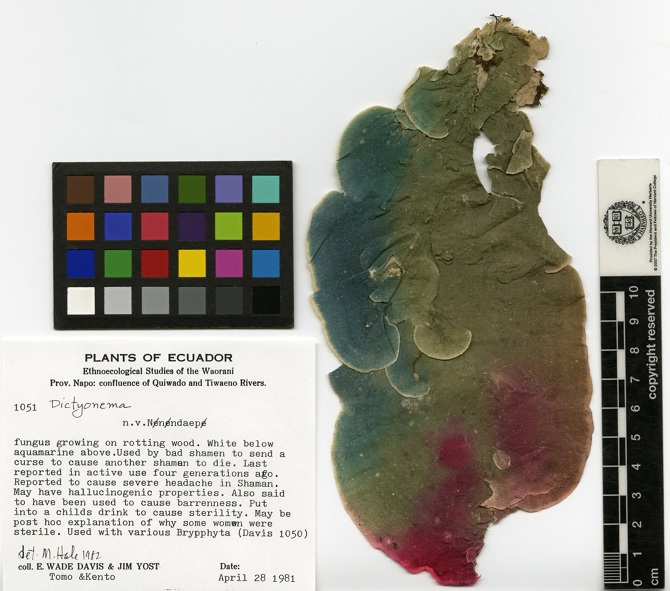 It took the duo of Davis and Yost 7 years to locate the hallucinogen and another 33 years until the first group of laboratory researchers were allowed to analyze the species. Michaela Schmull and her interdisciplinary team from Harvard University, University of Hawaii, and George Mason University examined the lichen through a process called liquid chromatography-mass spectrometry (LC-MS) and found elements of tryptamine, psilocybin, 5-Me0-DMT, 5-MeOT, 5-MeO-NMT, and 5-MT.

Lichen are technically two organism in one; a symbiotic living arrangement in which a fungus and an algae cohabitate. The fungus provides the structure while the alga engages in the breakdown and processing of sugars through photosynthesis. Lichens in general are described as incredibly adaptive; existing in almost every climate on the planet.

Schmull emphasizes that the limited available laboratory samples of Dictyonema huaoran and corresponding reference compounds makes their findings very inconclusive. However she hypothesizes that the identification of tryptamine and psilocybin are the closest to being most accurate. 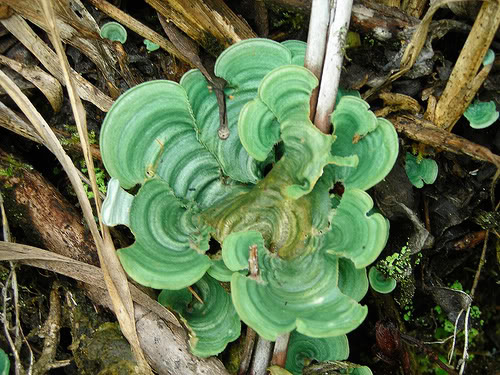 We currently have only one rather small sample of Dictyonema huaoran available to the Western world thanks to Davis and Yost. The remaining nɇnɇndapɇ is tucked safely away in the myriad of lifeforms present in the Ecuadorian Amazon rainforest. More research is indeed needed to further analyze this particular species and to confirm both anthropological hunches and very introductory laboratory hypotheses on the psychedelic properties of Dictyonema huaoran.

Time will tell as to what more we uncover about this strange species though the Waorani need no convincing. They have a murky history with this particular plant medicine and err on the side of caution when it comes the entire concept of ingesting hallucinogens in general and the intention behind psychedelic ingestion. 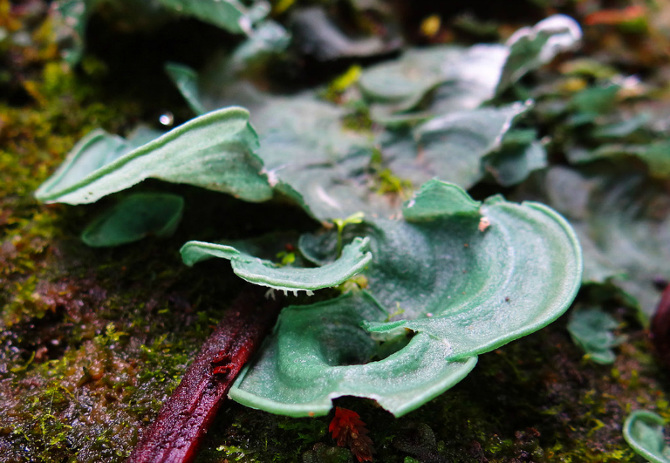 About the Author
Christopher is a Maryland native, a yoga teacher, and a graduate student at Sofia University pursuing a M.A. in Transpersonal Psychology. His current research interest revolves around psychosomatic healing, esoteric anatomy, dreamwork, and psychedelics. In his spare time he enjoys doing yoga, writing poetry, and performing music.