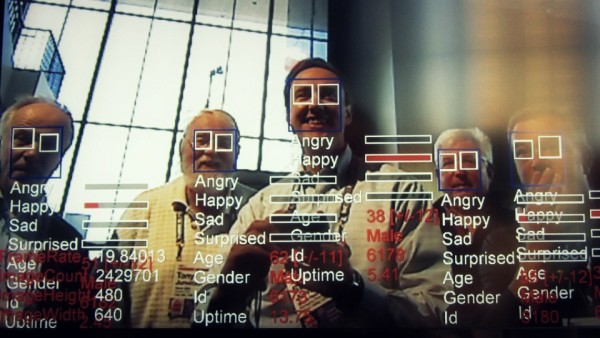 By now, nearly everyone is familiar with just how massive the State surveillance apparatus has become. The question is no longer about whether or not we are under surveillance, but how much further will the intrusion expand.

As facial recognition technology becomes more sophisticated, and the ease of camera and sensor installation makes all barriers to entry a non-issue, we are beginning to see the advent of real-time tracking that is looking for emotion as well as our data.

This concept recently went to outrageous lengths when it was uncovered that politicians across the world are already using facial recognition embedded in billboards to judge and manipulate the emotions of those who visually respond to the message displayed.  It even has its own branch of study: neuropolitics.

The word “creepy” has become an overused catch-all that actually does a disservice to what is being employed – kind of a nervous laughter reaction to the reality of completely losing one’s privacy and freedom to engage in natural behavior without being tracked and judged for it. Nevertheless, a new program at the University of Iowa actually has been informally – but officially – labeled as “The Creepy Study.” Let it not be said that the people in charge of implementing these technologies don’t know what they are up to.

Tucked into the white ceiling tiles, the ceiling camera he (Bill Hedgcock, Associate Professor of Marketing) had installed at the Pappajohn Business Building at the University of Iowa scans the faces of all who pass under it and instantly calculates their moods — collecting readings for joy, frustration, confusion, fear, anger and sadness.

Hedgcock believes the University of Iowa is the world’s only business school with this kind of real-time software that converts images of people’s faces into readings for different moods. If it works, experts see huge potential for facial encoding in the worlds of marketing, advertising and political campaigns. (emphasis added)

Here is a perfect example of why creepy doesn’t encapsulate what this really is.  What it really is, is using students as guinea pigs in an experiment to eradicate privacy and monetize human beings, while convincing the students that they are positioning themselves to be leaders in a new industry that is built on the manipulation of human behavior. That’s not creepy, that’s a technocratic takeover.

For now, the system is claiming no more than a 35% accuracy rate, as most of what is observed is being categorized as “neutral” emotion.

But the final statements from Dan Hill (president of one company working with this tech) and Professor Hedgcock about what is intended, is an open admission that manipulation is the end goal and there is no remorse about it. Emphasis added:

“I think it’s a good application because politics is very emotional,” Hill said. “There are a lot of so-called independents who really tilt one way or the other, but they like the idea that they’re independent.”

Hedgcock says political strategists are already interested in neuromarketing, the marketing field that uses measurements of the human body — brain scans, respiratory rates and changes in the skin — to measure a consumer’s reaction.

But not many campaigns are interested in talking publicly about those ideas, Hedgcock says, because they can be viewed as too Big Brotherly or manipulative.

For now, the professor is putting aside any concerns about the “creepy” factor.

“Every academic I know in this area of neuromarketing would say the last thing we need to worry about is over manipulating,” he said. “The bigger concern is does it even work?”