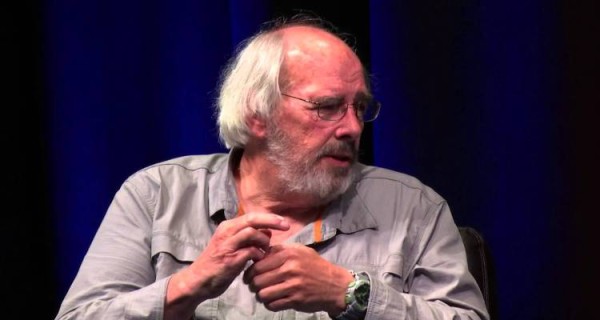 Paleontologist Dr. Jack Horner predicted in a recent interview that scientists will have the ability to genetically engineer living dinosaurs within five years. Horner was actually the real-life inspiration for the Jurassic Park series who advised Stephen Spielberg during the filming of the movies.

Horner believes that dinosaurs could be created by genetically engineering animals that are alive on earth today, meaning that actual dinosaur DNA would not be required for the project.

“Of course, birds are dinosaurs, so we just need to fix them so they look a little more like a dinosaur. Dinosaurs had long tails, arms, and hands – and through evolution they’ve lost their tails, and their arms and hands have turned into wings. Additionally, their whole snout has changed from the velociraptor-look to the bird-like beak morphology,” Horner said in a recent interview with People.

Horner explained how genetic engineering could be used to create a dinosaur.

“Basically, what we do is we go into an embryo that’s just beginning to form, and use some genetic markers to sort of identify when certain genes turn on and when they turn off, and by determining when certain genes turn on, we can sort of figure out how a tail begins to develop. And we want to fix that gene so it doesn’t stop the tail from growing. We can make a bird with teeth, and we can change its mouth.And actually, the wings and hands are not as difficult. We’re pretty sure we can do that soon,” Horner said.

Horner seems excited about the possibility of dinosaurs roaming the earth, but many people are concerned about the possible dangers. Even in the Jurassic Park films that Horner inspired, humans were unable to control the dinosaurs and they became an incredible danger, killing many people. This is a very real possibility if these scientists chose to play with nature and create dinosaurs.

Recently Horner gave a talk at Google to discuss his project and theory:

John Vibes is an author and researcher who organizes a number of large events including the Free Your Mind Conference. He also has a publishing company where he offers a censorship free platform for both fiction and non-fiction writers. You can contact him and stay connected to his work at his Facebook page. You can purchase his books, or get your own book published at his website www.JohnVibes.com.

Thanks to True Activist for this article | Featured image source